Every year the city of Salamanca becomes the showcase where you can contemplate the latest artistic trends that have light and video as the raw materials for creation, and that are projected on its most emblematic buildings. 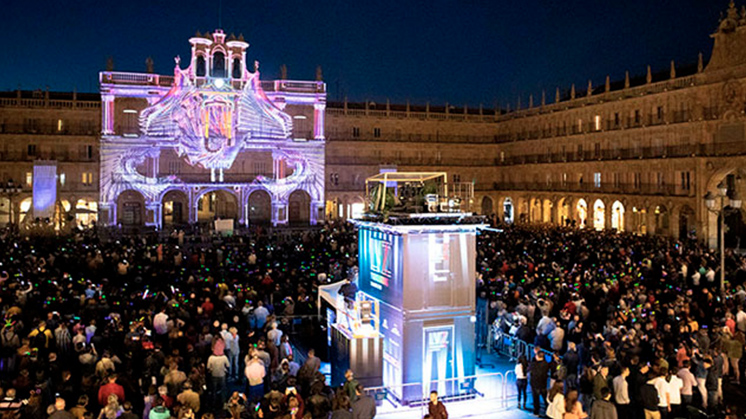 The fifth edition of the Luz y Vanguardias

External link, opens in new window. (Light and Vanguards) festival had to be suspended as a consequence of COVID-19. The city council, sponsor of the event, made this decision and will allocate the planned budget to promote social and economic policies, once the health emergency is over. This will be the first time that the event has not been held since it opened in 2016.

However, from June 13 to 16, 2019, its fourth edition was held, which was 15 % more efficient in energy consumption than in previous years.

The façade of the City Council in the Plaza Mayor became the backdrop for an international videomapping competition, where 27 works of creators from all over the world competed for votes from the jury and from the public. Following its commitment to sustainability and energy efficiency, the City of Salamanca and Iberdrola decided to use preferably LED technology for lighting and laser for projections on buildings. As for the sound, the festival counted for the first time this year with the only Fohn audio equipment in Spain, a system that electronically modulates the reach of the sound beam in a way that adjusts to the quantity and distribution of people present in the auditorium at a certain time. 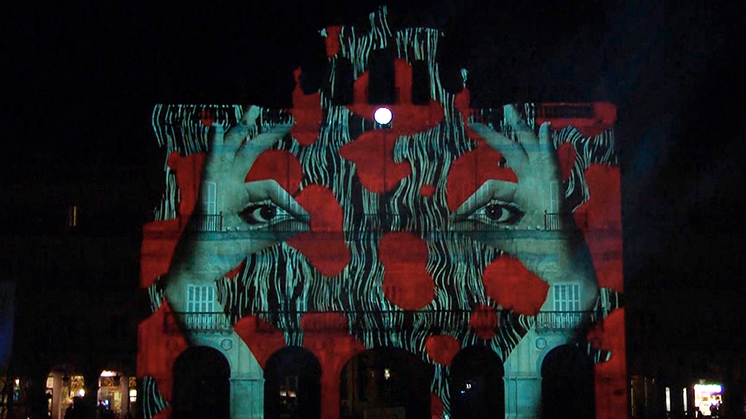 Façade of the Salamanca city hall during the Luz y Vanguardias festival (I).

Italian creator Marco Morguese, with his work Sueñorama, was awarded the prize of the jury, endowed with 15,000 euros, while the studio from Valladolid Holp Studio got the public's award with his work Blue Lion. Young creative students from the University of Salamanca and the Pontifical University display their work in the University's Patio de Escuelas, also received accreditation diplomas, and Luis Gómez, adviser of Iberdrola's Presidency, gave mentions to the rest of the artists and studies present at the event.

José Manuel Ballester and Javier Riera — two prestigious artists with an extensive international experience — introduced their site-specific works commisioned by the Festival to be installed at the River Tormes where it flows under the New Bridge and the New Cathedral, respectively. Both authors agreed to focus the significance of their work on the relationship between man and the environment and the risks our depredation entails for a sustainable future.

All these landmark spots in the city were transformed with the latest trends in avant-garde art every night, open to the public and free of charge. 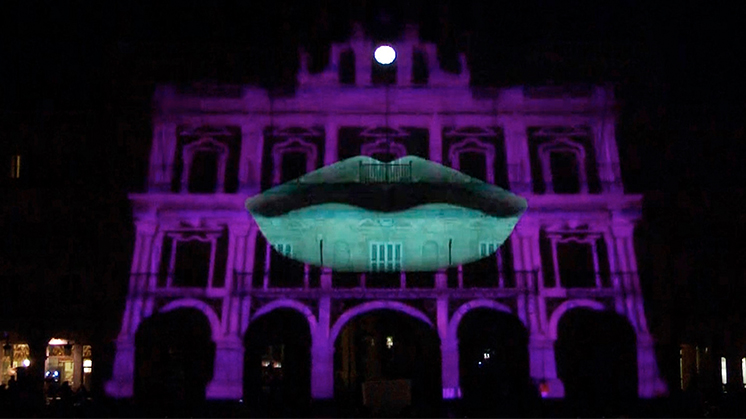 Façade of the Salamanca city hall during the Luz y Vanguardias festival (I).

As the winner of Luz y Vanguardias 2019, Morguese had the opportunity to participate in September that year at the international iMapp Bucharest festival, one of the most important 3D video mapping competitions on the international scene. Only the winners of a selection of festivals, such as Holland, Russia, Canada, Mexico or China, among others attend by invitation.