The Women's Universe Tour returns with an attractive television proposal

The Women's Universe Tour, an initiative of the National Sports Council, the Youth Sport Foundation and Iberdrola, moved to the screens in 2020 as a result of the COVID-19 pandemic. This version — broadcast on the Teledeporte sports channel and digital channels — saw the participation of athletes including Carolina Marín, Amanda Sampedro, Ona Carbonell, Ruth Beitia, Jennifer Pareja, Salma Paralluelo, María Vicente, Sandra Sánchez, Garazi Sánchez, Sara Hurtado or Teresa Perales, among others. In 2021, it's back with new additions. 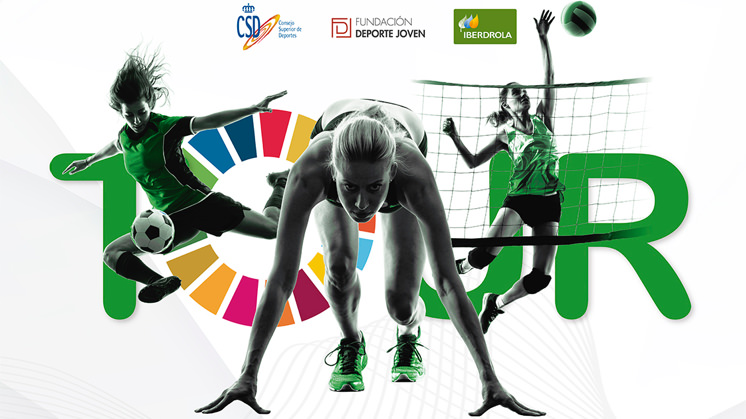 In 2020/2021, the Women's Universe Tour was held on Teledeporte and the digital channels.

The Universo Mujer Tour (Women's Universe Tour) was born as a travelling sporting event that toured several cities of the Spanish territory. Its aim is to spread ideas relating to effort and self-improvement through the practice and demonstration of different sporting disciplines, and to be a showcase for the successes achieved by Spanish women athletes.

Due to the COVID-19 crisis, in 2020 the Women's Universe programme of the Spanish National Sports Council and the Young Sports Foundation — of which Iberdrola is the main promoter — decided to adapt its project to a new audiovisual and digital format, while maintaining its usual objectives: to promote the presence of women in the world of sport, to project the image that women have as an active and fundamental part of sport in Spain and to recognise their efforts and successes.

In this series of programmes broadcast by Teledeporte and digital channels we accompany some big names in women's sport — such as Carolina Marín (badminton), Amanda Sampedro (football), Ona Carbonell (synchronised swimming), Ruth Beitia (athletics), Sandra Sánchez (karate), Garazi Sánchez (surf), María Vicente (football and athletics), Salma Paralluelo (athletics), Eva Moral (triathlon) or Teresa Díaz (fencing), among others — as they lead training sessions, address challenges, take part in forums and share experiences of the world of fitness or lifestyle with well-known figures from these disciplines. We also saw demonstrations of parkour, rhythmic gymnastics or boxing and we paid tribute to athletes as beloved as Blanca Fernández Ochoa or Coral Bistuer.

Besides, the Women's Universe Tour also looks at the everyday lives of sportswomen as they offer us their thoughts and advice on the main challenges and circumstances that appear in the world of women's sport.

The show has been awarded by the 2020 As Sports Awards, in which the jury highlighted the contribution of the Tour Universo Mujer initiative to promoting the presence of women in the sports field and enhancing the efforts and successes of the athletes. 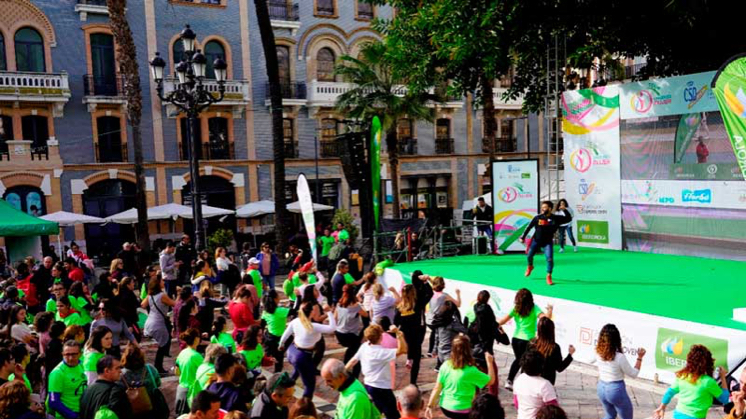 Pontevedra became the 17th stop on the tour, coinciding with International Women's Day.

On Friday 6 March, the main representatives of women's sport at both national and regional level discussed women's sport today at the Women's Universe Forum.

On Saturday 7 March, Pontevedra's Plaza de España played host to a series of activities for all participants to enjoy. The activities were ran by the 16 Spanish federations promoted by Iberdrola through the Women's Universe program. Each one had its own information booth and a 3000 square metre activity area, where participants could try out the different disciplines completely free of charge, as well as enjoying displays relating to local clubs and athletes. Meanwhile, the free fitness marathon offered outdoor group classes in zumba, aerobics, dance, spinning, etc. courtesy of local schools and gyms.

The Pontevedra Fit for Equality Race was held on Sunday 8th March. It took the form of a charity race for all, the proceeds of which were donated in full to the charity Fademur Galicia.

The Women's Universe Tour gathered an average of 10,000 people in each of their stops. 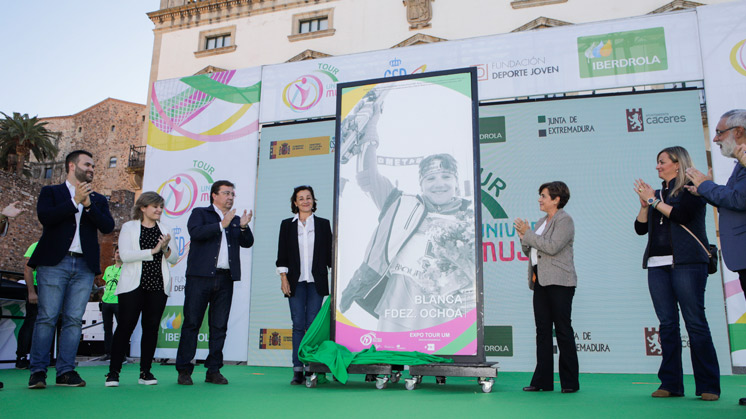 At its stop in Cáceres (26 and 27 October 2019), the tour paid tribute to one of the pioneers of Spanish women's sport, skier Blanca Fernández Ochoa. Video voice transcription (Spanish version) [PDF]. 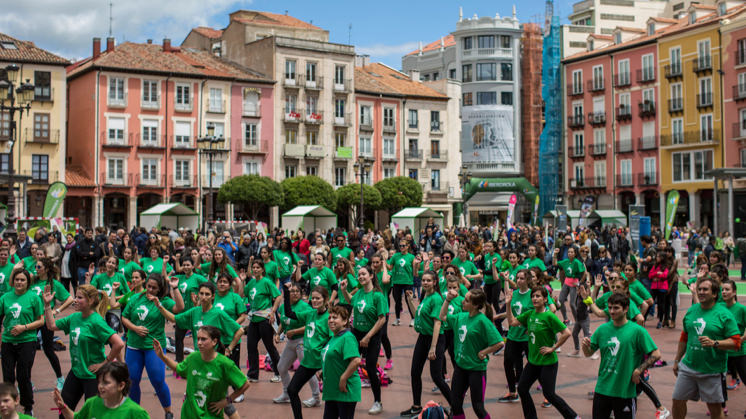 Granada was the second stop of the tour in 2019 (12 and 13 October). Video voice transcription (Spanish version) [PDF]. 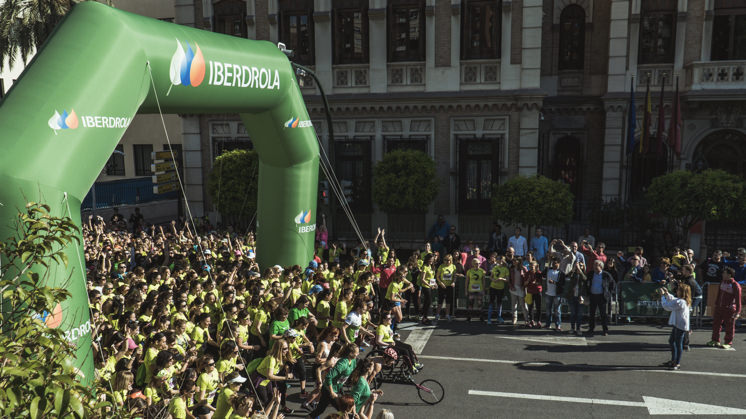 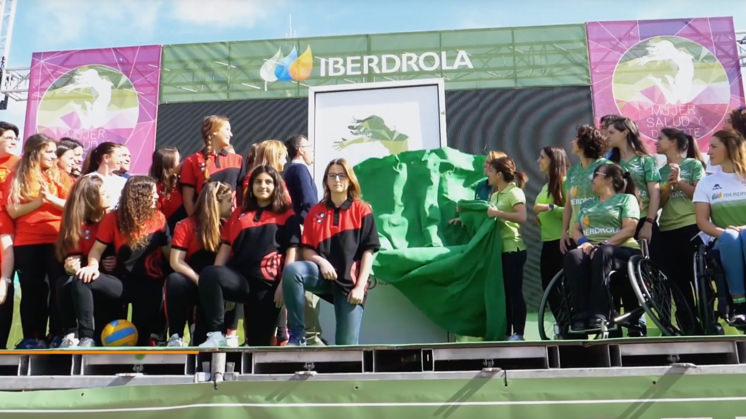 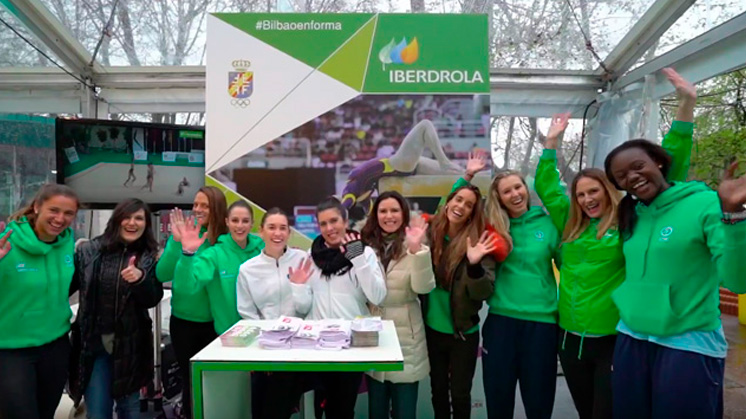 The tour visited 16 Spanish cities in 2017, 2018 and 2019 (Castellón, Palma de Mallorca, Bilbao, Málaga, Burgos, Valladolid, Valencia, Murcia, Sevilla, Santander, Zaragoza, Gijón, Oviedo, Granada, Cáceres and Huelva) and attracted an average of 10,000 people at each stop. Much of this success was down to the help of the town councils, the Young Sports Foundation and the National Sports Council (CSD) as well as the Spanish sports federations appointed to the 'Women's Universe' program.

Iberdrola has been the main driving force behind this Women's Universe program since July 2016. This is the first company in Spain to make a global commitment to promoting women's participation in every aspect of sport.