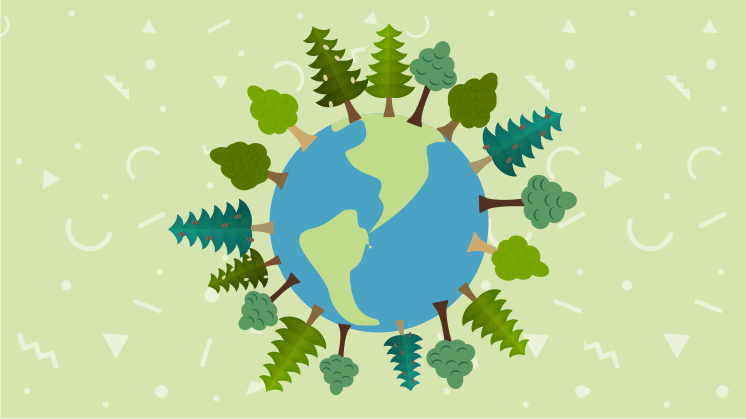 The Board of Directors of IBERDROLA, S.A. (the "Company") has the power to design, assess and continuously revise the Governance and Sustainability System, and specifically to approve and update the corporate policies, which contain the guidelines governing the conduct of the Company and of the companies belonging to the group of which the Company is the controlling entity, within the meaning established by law (the "Group").

In fulfilling these responsibilities, and aware of its commitment to the environment generally and to the preservation of the biodiversity of the territories in which the Group does business specifically, the Board of Directors hereby approves this Biodiversity Policy (the "Policy") pursuant to the provisions of the Purpose and Values of the Iberdrola group.

The Policy is intended to establish a reference framework for integrating the protection and promotion of biodiversity into the Group's strategy, and to define the principles of conduct for the development of a business model that is sustainable and positive with nature, such that its activities protect and promote the development and growth of the natural heritage.

The degradation of ecosystems and the unprecedented decline of biological diversity, unanimously identified by the scientific community as a direct consequence of the impact of human activities, entail serious environmental, economic and social risks, requiring action to reverse the loss of biodiversity.

The Group is committed to taking a leadership role in the conservation and promotion of biodiversity in its industry and to integrating into its management the United Nations 2050 vision of "Living in Harmony with Nature", where biodiversity is valued, preserved, restored and used sustainably, maintaining the services of the ecosystem, supporting a healthy planet and providing essential benefits for all people.

This is aligned with the achievement of Sustainable Development Goals (SDGs) six, thirteen, fourteen, fifteen and seventeen approved by the United Nations.

This Policy applies to all companies of the Group, as well as to all investees not belonging to the Group over which the Company has effective control, within the limits established by law.

Without prejudice to the provisions of the preceding paragraph, listed country subholding companies and their subsidiaries, based on their own special framework of strengthened autonomy, may establish an equivalent policy, which must be in accord with the principles set forth in this Policy and in the other environmental, social and corporate governance and regulatory compliance policies of the Governance and Sustainability System.

At those companies in which the Company has an interest and to which this Policy does not apply, the Company will promote, through its representatives on the boards of directors of such companies, the alignment of their own policies with those of the Company.

This Policy shall also apply, to the extent relevant, to the joint ventures, temporary joint ventures (uniones temporales de empresas) and other equivalent associations, if the Company assumes the management thereof.

To implement its commitment to biodiversity, the Group shall be guided by the following main principles of conduct, which apply to all its activities and businesses:

a) integrate biodiversity in internal strategic and decision-making processes of the Group, as well as in the analysis, management and reporting of long-term risks;

b) identify, quantify and assess, on an ongoing basis and throughout the life cycle of the facilities, the impacts and dependencies of the Group's activities on natural capital;

c) apply the principle of mitigation hierarchy (avoid, minimise, restore, and compensate as a last resort) in all the phases of infrastructure projects;

d) avoid locating new infrastructure projects in spaces that are protected due to their ecological, biological, cultural and/or landscape value or areas of high value for biodiversity;

e) manage and compensate in quantity and quality the negative impacts produced on the environment, giving priority to solutions based on nature, facilitating the connectivity of populations and encouraging the development of special protection or private conservation areas;

f) develop plans for monitoring flora and fauna, especially protected or vulnerable species, so that the interaction of infrastructure with the environment can be continuously assessed;

g) integrate the management of natural capital and biodiversity into the Group's Environmental Management System (EMS), setting goals, indicators and standards for the control, monitoring and audit thereof;

h) identify and establish management plans for invasive species that pose a risk to ecosystems and species at sites where the Group operates;

i) participate in carrying out research, preservation, education and sensitisation projects, cooperating with government agencies, non-governmental organisations, local communities and other Stakeholders on biodiversity issues;

j) promote biodiversity awareness and training for the Group's professionals as well as for subcontracted personnel and that of its suppliers; and

k) report on the biodiversity actions of the Group, the presence of facilities in protected areas, and research, preservation, education and awareness-raising actions, periodically publishing a biodiversity report.

Biodiversity has a leading role in the Group's strategy, for which reason four priority lines of actions have been established to apply the main principles of conduct set out in the preceding section:

a) protect biodiversity and make sustainable use of natural capital by adopting a focus on conservation, integrating best practices throughout the life cycle in the management thereof and promoting actions for the regeneration and conservation of natural heritage;

b) continuously identify, quantify and assess throughout the life cycle of the facilities, the impacts and dependencies of the Group's activities on natural capital, with a focus on biodiversity, through the promotion of research and improving understanding of the ecosystems of the environments of the territories in which it operates;

c) partnering with Stakeholders, considering their biodiversity needs and expectations, and participating in biodiversity enhancement projects; and

This Policy was initially approved by the Board of Directors on 18 December 2007 and was last amended on 19 April 2021.