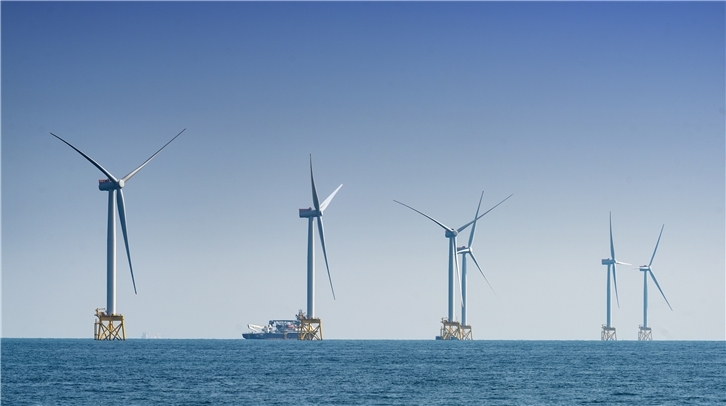 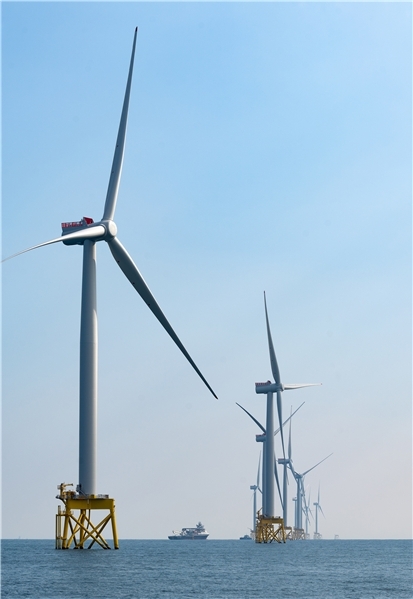 Iberdrola has hooked up the East Anglia One offshore wind farm to the British electricity grid. It is building the facilities in the North Sea, around 50 kilometres from the coast of the county of Suffolk, in the United Kingdom, and it is scheduled to go into operation next year.

The first of 102 wind turbines, the so-called WTG E19, has already supplied clean power to the land substation in Burstall. Its subsidiary, ScottishPower Renewables, which installed 25 turbines on the site this summer, will gradually connect them to the grid.

With an investment of approximately GBP 2.5 billion and covering an area of 300 km2, East Anglia One is one of the largest scale projects being developed by Iberdrola and the biggest renewable initiative ever developed by a Spanish company.

Once commissioned in 2020, it will be the world’s biggest wind farm, with an installed capacity of 714 MW that will supply 630,000 British homes with clean energy.

Charlie Jordan, East Anglia One's project manager, says that “connecting the first wind turbine to the grid is a big milestone, the culmination of everyone’s incredibly hard work, from local suppliers to employees of national and international businesses. Once fully operational, East Anglia One will produce the renewable energy that the United Kingdom needs, while providing stable jobs and opportunities for local people and businesses”.

“The first connection to the grid is an important moment for any energy project, and I congratulate the team at ScottishPower Renewables that works for East Anglia One from Great Yarmouth. This is an important initiative for Suffolk and for the United Kingdom and we look forward to the day when all of the 102 latest-generation wind turbines are producing clean energy,” said Ed Northam, executive director in the United Kingdom and Europe for the Green Investment Group (GIG)*.

The construction of East Anglia One is driving the offshore power industry in Europe, providing jobs for more than 1,300 people in several countries - Spain, the United Kingdom, the Netherlands, the United Arab Emirates - and is crucial to several sectors, such as the naval industry.

The project has been a great driving force in Spain, since Iberdrola has used local companies like Navantia, Windar and Siemens-Gamesa for the development of many of the essential components of the wind farm.

Over the next few years, Iberdrola will redouble its investment in offshore wind production, developing a project portfolio with over 10,000 MW. This growth focuses on three main areas: the North Sea, the Baltic Sea and the United States.

Clean power generated by offshore wind farms are the cornerstone of the company's strategy, which expects to allocate 39% of the €34 billion earmarked for the 2018-2022 period to this type of generation: €13.26 billion.

The group is currently operating two offshore wind farms: West of Duddon Sands, which went into service in the North Sea in 2014, and Wikinger, in the German waters of the Baltic Sea, which has been operational since December 2017.

In the United States, Iberdrola is in the process of building the biggest offshore wind farm in that country: Vineyard Wind. Just off the coast of Massachusetts, it will produce 800 MW of power to cover the energy needs of a million homes.

In Germany, in April 2018, the company was awarded contracts to build two new plants in the Baltic Sea, with a total of 486 MW of power: Baltic Eagle and Wikinger South.

In addition to these new plants, the Sant Brieuc Wind Farm, which is located in French waters, is scheduled to be commissioned in 2022. It will have 496 MW of installed power and will be located just off the coast of French Brittany, 20 kilometres offshore.

Once these projects are operating in late 2022, the company will have installed 2,000 MW of offshore wind power, after which it will add a further 1,000.

Iberdrola is seizing this excellent opportunity for growth, with ambitious objectives for new wind generation facilities in the United Kingdom and the United States for the next few years: 30,000 MW for 2030 in the former and 25,000 MW in the latter, each with different timelines.

Iberdrola is a global energy leader, the number-one producer of wind power, and one of the world’s biggest electricity utilities by market capitalisation. The company supplies almost 100 million people in dozens of countries like Spain, the United Kingdom (ScottishPower), the United States (AVANGRID), Brazil (Neoenergia), Mexico, Germany, Portugal, Italy and France. With a workforce of 34,000 people and assets in excess of €113 billion, it achieved a turnover of €35.076 billion and a net profit of €3.014 billion in 2018.