Iberdrola and Caja Rural de Soria have joined forces to develop the Buniel wind farm, one of the largest in Castilla y León

With this project, the energy company has reinforced its commitment to renewables in the region, where it is already operating 5,087 MW

Iberdrola and Caja Rural de Soria have joined forces to develop the Buniel wind farm, one of the largest in Castilla y León 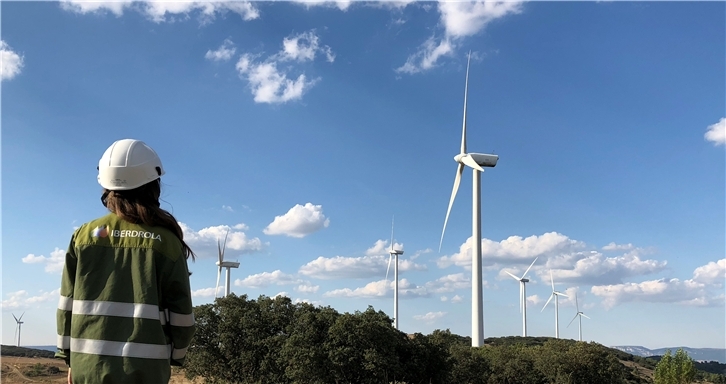 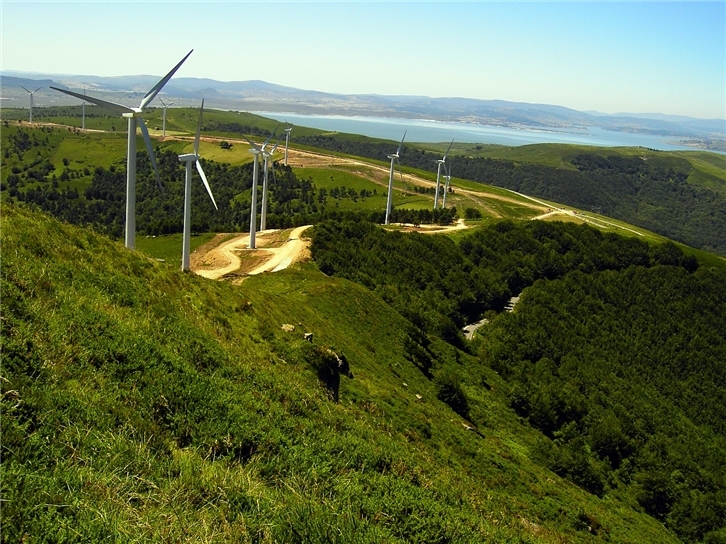 Iberdrola and Caja Rural de Soria are joining forces to develop the Buniel wind farm (Burgos) which, with 114 megawatts (MW) of installed power, will be one of the largest in Castilla y León. The energy company and the credit cooperative have entered into a collaboration agreement to promote, build and operate this new wind project, with an expected investment of 100 million euros.

The wind farm, which straddles the Burgos municipalities of Cavia, Cayuela and Buniel, will consists of 26 SG 4.5-132 wind turbines, one of these with the highest unit power in the global land wind segment, optimised for high-wind areas. Work to build the wind farm is expected to begin in 2021.

The power generated by the Buniel wind farm will supply clean energy to a population of 350,000 homes/year, the equivalent of the towns of Burgos, Palencia and Soria together. It will also prevent the emission of 154,000 tons CO2 / year, proof of the usefulness of this technology for protecting the environment and mitigating global warming.

The plant will be a source of income for local councils in the area and will create a significant number of jobs.

Buniel represents a further commitment by Iberdrola to securing energy leadership in the Castilla y León region. It is already operating 5,087 MW - 1,454 MW of which from wind - making this the Autonomous Community with the most ‘green’ megawatts installed by the company. In addition to this project, Iberdrola has wind farms with installed capacity of 73 MW under administrative processing (Herrera’s wind farm complex and La Lora’s one).

The Buniel wind project is part of a clean energy relaunch plan designed by Iberdrola in Spain, whereby the company expects to install an additional 3,000 MW by 2022 and up to 10,000 new MW by 2030. The plan will create jobs for 20,000 people in Spain.

These new projects are among the global investments to be undertaken by Iberdrola by 2022, with total investments of up to 34 billion.

Iberdrola is the most prolific producer of wind energy in Spain, with installed power of 5,770 MW, while its total installed renewable capacity, including both wind and hydroelectric, is 15,828 MW.

Globally, Iberdrola's installed renewable capacity comes to over 30,362 MW, which makes its generation fleet one of the cleanest in the energy sector.

Iberdrola is a global energy leader, the number-one producer of wind power, and one of the world’s biggest electricity utilities by market capitalisation. The company supplies almost 100 million people in dozens of countries including Spain, the United Kingdom (ScottishPower), the United States (AVANGRID), Brazil (Neoenergia), Mexico, Germany, Portugal, Italy and France. With a workforce of 34,000 and assets in excess of €113bn, it achieved a turnover of €35bn and a net profit of €3bn in 2018.

Caja Rural de Soria has been developing and managing renewable energy companies since 1998, making it highly experienced. Its scalable investment model focuses closely on the wind energy sector. It has always applied its local view of the territory to the entire renewable energy generation chain in its stakeholders interests. It has a portfolio of 110 MW in installed wind power, 40 MW under construction, 25 authorised, along with others. It has a presence in photovoltaic generation with several MW in operation and the head office has been heating with biomass for 12 years. With Soriano Pellet, Caja Rural de Soria generates hundreds of times more greenhouse gas emissions free energy than it consumers. Every day it shows its local, cooperative business model, improving its balance sheet with investments in renewables. Its shareholders, represented by the Governing Board, are aware that an effective way of stabilising and attracting settlers to rural areas is to approach renewable energy from a local perspective.