Iberdrola consolidates its renewable leadership in Extremadura: 750 MW of new photovoltaic plants in the pipeline

They represent a combined investment of 420 million euros and their construction will generate employment for 1,700 professionals, contributing to the demographic challenge in the region

Iberdrola consolidates its renewable leadership in Extremadura: 750 MW of new photovoltaic plants in the pipeline 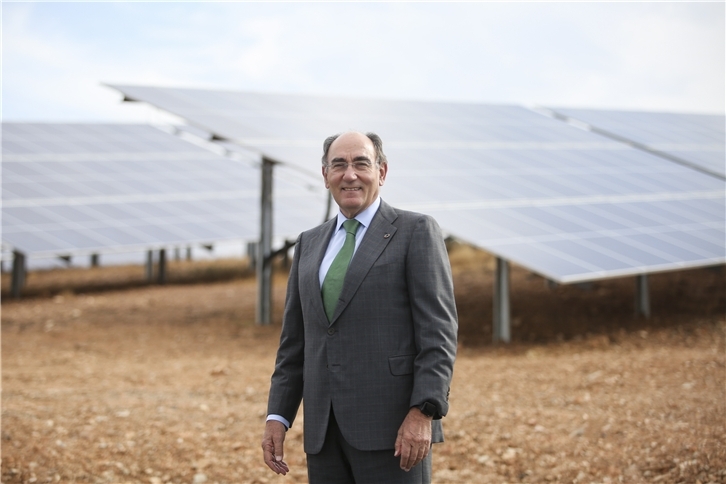 Iberdrola consolidates its renewable leadership in Extremadura and continues its investment plan in the region, with 750 MW of new photovoltaic capacity under development in the province of Cáceres, with which it will contribute to economic recovery and the demographic challenge in the region.

The Tagus photovoltaic plant (380 MW) will be located in the municipality of Alcántara and will have more than 930,000 panels and 226 inverters on a fixed structure. The company expects that it will be commissioned between the end of 2022 and the beginning of 2023.

The Cedillo photovoltaic plant, located between Alcántara and Herrera de Alcántara, will have installed capacity of 375 MW, with 925,680 panels and 180 fixed structure inverters. In this case, it is expected to enter into operation in 2022.

With a joint investment of 420 million euros, the construction and start-up of these two photovoltaic projects will have a leverage effect on the industrial fabric and local employment, requiring the services of more than 1,700 professionals.

Iberdrola has placed Extremadura the centre of its renewable strategy in Spain, where it will develop more than 2,600 MW of photovoltaic energy by 2023, with an investment of 2 billion euros.

Following the startup of the largest photovoltaic plant in Europe, Núñez de Balboa (500 MW), Iberdrola is currently building eight renewable projects in the region, with total capacity of more than 1,300 MW. Projects include the Francisco Pizarro photovoltaic plant (590 MW), Europe's largest photovoltaic project under development, which will provide 375,000 people/year with clean energy. It will become operative in 2022 and will prevent 245,000 tonne of CO2 emissions per year, reinforcing the competitiveness of this technology for protecting the environment and mitigating global warming. It is also making progress on the Ceclavín (328 MW), Arañuelo I, II and III (150 MW), Arenales (150 MW) and two plants in Cedillo (100 MW)

Iberdrola currently has more than 2,900 MW installed in Extremadura, making it the second autonomous region with the most 'green' megawatts installed by the company. With the projects planned in the region, more than 2,600 MW, Extremadura's renewable capacity will be doubled to 5,500 MW.

Iberdrola is certain that the energy transition can be a driving force in the transformation of the industrial sector and for a green recovery in the economy and the job market. The company has thus launched a historic investment plan of 150 billion euros over the next decade, 75 billion euros by 2025, to triple renewable capacity and double network assets and take advantage of the opportunities of the energy revolution that the world's leading economies are facing.

Around €14.3 billion will be invested in pain up to 2025, half of which (more than €7 billion), will be spent on developing renewable energy projects, while more than 4.5 billion will go towards strengthening and digitalising its electricity grids.

After twenty years promoting the energy transition, Iberdrola is a leader in renewable energy with nearly 35,000 MW installed; a volume that makes its generation park one of the cleanest in the energy sector.

With CO2/kWh emissions already two thirds lower than the European average, the investment strategy in clean energy and grids will make Iberdrola a "carbon neutral" company in Europe by 2030.

Iberdrola is one of the world’s leading energy companies, a leader in renewables, which is spearheading the energy transition towards a low-emission economy. The group supplies energy to around 100 million people and has renewable, grid and commercial activities in Europe (Spain, the UK, Portugal, France, Germany, Italy and Greece), the US, Brazil, Mexico and Australia, while having markets such as Japan, Ireland, Sweden and Poland, among others, as growth platforms.

With a workforce of more than 37,000 and assets in excess of €122 billion, it recorded turnover of over €33 billion and net profit slightly exceeding €3.61 billion in 2020. The company contributes to the maintenance of 400,000 jobs in its supply chain, with an annual procurement budget of €14 billion. A leader in the fight against climate change, Iberdrola has committed more than €120 billion over the last two decades to building a sustainable energy model based on sound environmental, social and governance (ESG) principles.