Iberdrola enhances the facades of the Palacio del Tribunal Supremo, the seat of the Spanish Supreme Court in Madrid, with some innovative illumination

More than 70 projectors and more than 130 metres of cabling have been installed at a cost of 180,000 euros

Iberdrola enhances the facades of the Palacio del Tribunal Supremo, the seat of the Spanish Supreme Court in Madrid, with some innovative illumination 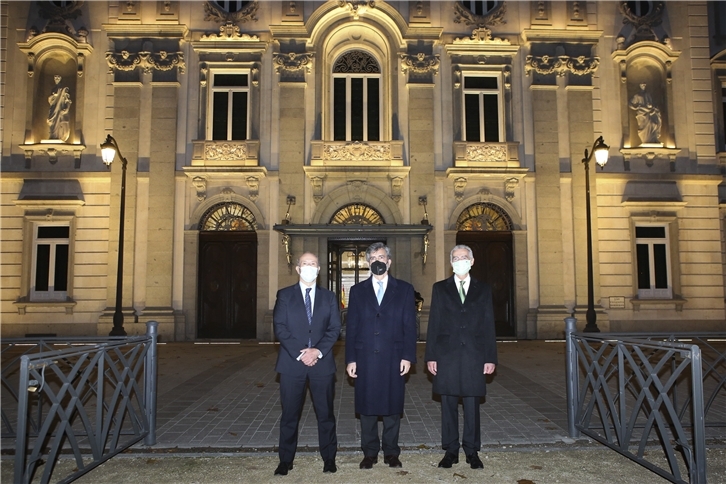 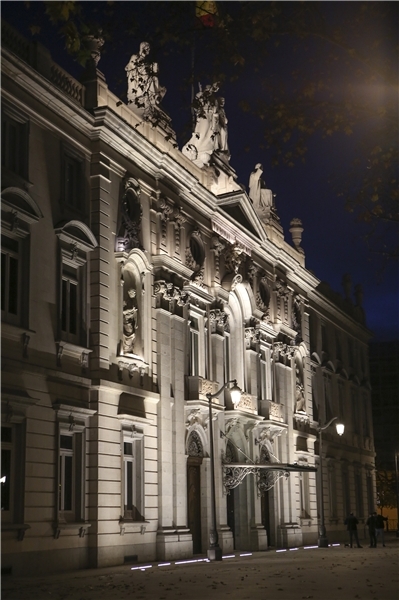 Today, at a ceremony attended by Fundación Iberdrola España, the main entrances to the seat of the Supreme Court in Madrid came alive with new decorative lighting. The event was attended by the President of the Supreme Court and President of the General Council of the Judiciary, Carlos Lesmes; the Minister of Justice, Juan Carlos Campo; and the president of Fundación Iberdrola España, Fernando Garcia.

With this project, Fundación Iberdrola has drawn attention to the central parts of the facade of the Supreme Court to make them focal points in their surroundings, namely Plaza Villa de París and Calle Marqués de la Ensenada, while leaving the other sides of the building in darkness. This solution avoids any negative impact of the lighting on the surrounding area.

The design achieves a “natural lighting” effect by using even vertical lighting projected from ground level up to a certain height, allowing the inner face of the cornices to cast shadows that form descending horizontal bands reminiscent of those produced by sunlight.

Adjustable spotlights have been used to achieve even, neutral white lighting. More than 70 projectors and 130 flexible LED cable have been installed, whose total power is just 4.3 kW.

The project, which cost more than 180,000 euros, falls within one of the main areas where Fundación Iberdrola España seeks to make a contribution: cultural development and conservation of historic and artistic heritage.

This architectural ensemble was built at the order of Barbara of Portugal to house the nuns of the Order of the Visitation in Spain. The intention was that the building would be used as both a convent and as a school for daughters of the nobility. The institution was active until 1870, when the nuns were evicted and the convent became a courthouse. The building was ravaged by two fires, the most serious of which occurred in 1915, which left the church almost unscathed but completely destroyed the rest. A reconstruction project began in 1926 to build a suitable national courthouse, in keeping with those found in other European states.

One of Iberdrola's main areas of activity, through its Foundation in Spain, is the conservation and promotion of historic and artistic treasures. The main objective of the Fundación Iberdrola España Illumination Programme is to act in unique buildings to install or improve indoor and outdoor lighting in order to contribute to enhancing historical and artistic heritage.

Since 2011, the investment assigned to the Illumination Programme has exceeded 3 million euros, and has resulted in improvements to around 40 monuments in Spain, including the Roman Bridge in Alcántara, Cáceres; the facade to the Congress of Deputies in Madrid; the Cathedral in Ávila and the interior of the New Cathedral in Salamanca.