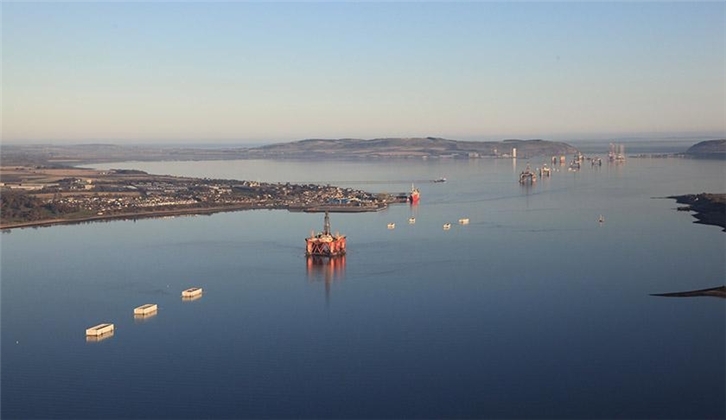 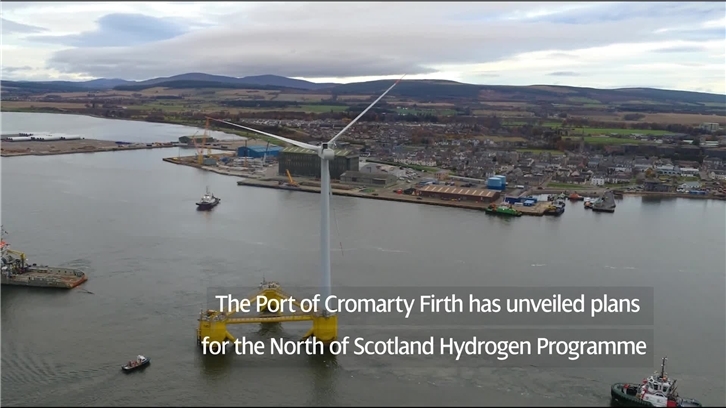 Iberdrola, though its subsidiary ScottishPower, has teamed up with some of the UK's main distilleries and spirits companies and the Port of Cromarty Firth to launch a green hydrogen project in the Highlands. The result will allow the whisky and spirit production industry in Scotland to develop this technology and fight climate change.

The North of Scotland Hydrogen Scheme will create a state-of-the-art hub in the Cromarty Firth to produce, store and distribute renewable hydrogen to the region and other parts of the UK and Europe.

One of the leading projects – whose feasibility study will be released in May – will supply Scottish distilleries with renewable hydrogen. The scheme will be funded by ScottishPower and drinks giants Glenmorangie, Whyte & Mackay and Diageo in collaboration with energy company Pale Blue Dot.

They will produce electricity with electrolysers powered by 100 % clean energy from existing and future offshore and onshore wind farms along the Cromarty Firth coast.

This supply of green hydrogen will enable Glenmorangie, Whyte & Mackay and Diageo to decarbonise heat production in their distilleries and malting plants close to the Cromarty Firth, replacing fossil fuels with hydrogen to produce the steam required for distilling.

The scheme will boost climate neutrality and decarbonisation in Scotland, which has set its sights on becoming the industry's world leader when it comes to green hydrogen.

The project furthers these companies’ strategies and actions by allowing them to work together on a competitive technology to supply green hydrogen to the distillery industry and to public services such as ports, while decarbonising their operations. There are massive opportunities in the Highlands for decarbonising industry, transport and the heating and refrigeration sectors and to export green energy to other parts of the UK and continental Europe.

Scotland has the potential to become a global trailblazer in large-scale green hydrogen production. It is also important not to underestimate the massive positive effect that this technology can have for decarbonising Scotland, as well as for creating jobs and stimulating the economy.

Up to 15 new offshore wind plants will be developed in the near future, a significant number of which will be built in sites at the entrance to the Cromarty Firth. The Port of Cromarty Firth's deep waters, existing facilities and proximity to an area with vast potential for renewable energy make it a strategic location for a green hydrogen plant.

Not only will green hydrogen have an important role in the fight against climate change, it will also create significant economic opportunities in Scotland by reviving a port with a long history in the energy sector centre in the North Sea. It will also be an incentive for companies to guide the industrial supply chain toward a green economy with high added value.

The North of Scotland Hydrogen Programme is an emblematic scheme that illustrates how collaboration between industry and the energy sector can lead to long-term sustainable solutions for areas where electrification has not arrived. The Scottish Highlands have been a hub in the renewable energies sector in the last 20 years, and they are now back at the centre of the green hydrogen revolution.

As well as this scheme, Iberdrola subsidiary ScottishPower has also come to an agreement with Global Energy Group to work together to identify processes and businesses suitable for green hydrogen technology at its Port of Nigg facilities.

The green hydrogen generated at the Port of Nigg will be used to power installations, heavy machinery and vehicles used routinely on the site, and to fuel heavy-consuming high-temperature processes such as offshore wind farm component manufacturing.

Iberdrola is a global energy leader, the world's largest wind power producer and one of the largest electricity companies by market capitalisation in the world. The Group supplies energy to almost 100 million people in numerous countries including Spain, the United Kingdom (ScottishPower), the United States (AVANGRID), Brazil (Neoenergia), Mexico, Germany, Portugal, Italy and France. With a workforce of more than 35,000 and assets in excess of €122 billion, it recorded a turnover of over €36.4 billion and a net profit slightly exceeding €3.4 billion in 2019.

Iberdrola is leading the transition towards a sustainable energy model through its investments into renewable energy, smart grids, large-scale energy storage and digital transformation, to offer the most advanced products and services to customers. Thanks to its commitment to clean energy, Iberdrola is one of the companies with the lowest emissions and an international benchmark due to its contribution to the fight against climate change and to sustainability.