The company continues to consolidate as a key driver of economic recovery and employment, with the incorporation of 6,000 new recruits worldwide over the past 12 months

The acceleration of investments allows us to grow at a faster pace than initially planned while sustaining more than 30,000 quality jobs through our supply chain in Spain. Iberdrola is putting all its financial strength and leadership at the service of economic recovery in all the countries where we operate 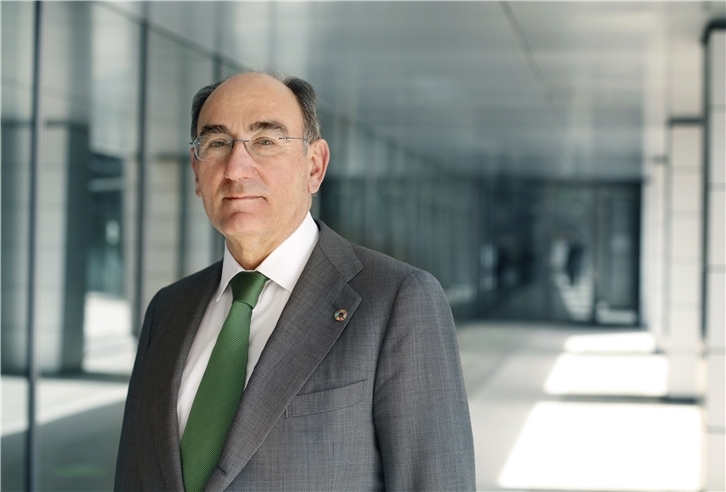 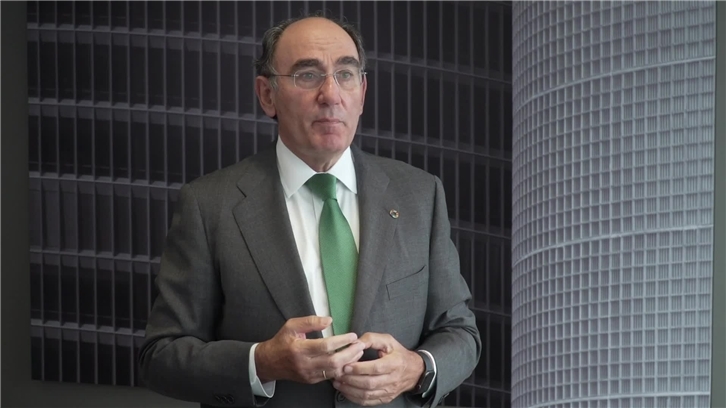 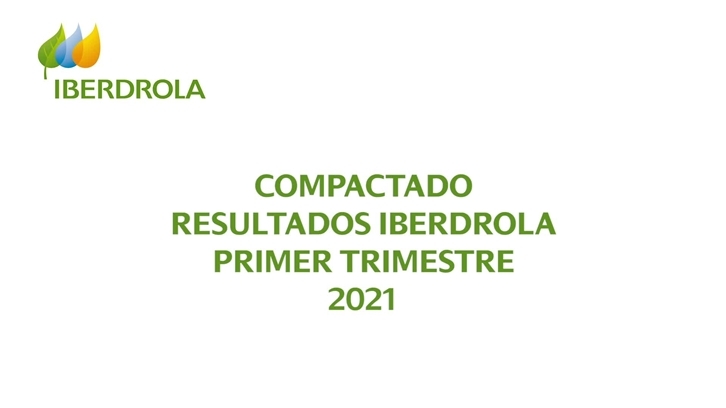 Iberdrola has begun 2021 reaffirming its role as a driving force for the reactivation of the economy and employment in the countries where it operates. The group has made record investments in the first quarter amounting to €2.5 billion, an increase of 45%. This effort focused on the networks business (50% of the total) and renewables (42%). By country, the United States (€725 million), Brazil (€698 million) and Spain (€546.5 million) concentrate about 80% of the investment. Other European markets, the UK and Australia complete the remainder.

The record investments were accompanied by a good operating performance, with reported EBITDA growing 2% to €2.81 billion, including the negative impact of COVID-19 (-€65 million) and the exchange rate (-€231 million). Excluding these effects, Iberdrola's EBITDA for the quarter was €3.11 billion, up 12.2%. As of March, 81% of the group's EBITDA came from A-rated countries.

Adjusted net profit - excluding the extraordinary impact of the divestment of Siemens Gamesa in the first quarter of 2020 - rose 12% to €1.08 billion. Reported net profit, stood at €1.02 billion.

Ignacio Galán, Chairman and CEO of Iberdrola, said: “The acceleration of investments allows us to grow at a faster pace than initially planned while sustaining more than 30,000 quality jobs through our supply chain in Spain. Iberdrola is putting all its financial strength and leadership at the service of economic recovery in all the countries where we operate.”

The company has added 6,000 new recruits in the last 12 months -2,500 hires have been in the first quarter of the year- and is contributing to the creation of 100,000 jobs across the global supply chain.

Renewables investment grew by 29% to €1.05 billion, representing 42% of total. In the first quarter, the company had 8,700 MW of new green capacity under construction: 4,600 MW wind (2,600 MW offshore and the rest onshore), 2,800 MW photovoltaic, 1,160 MW hydro and 150 MW in battery storage. By market, one third is in the United States, one third in Spain and Brazil, and one third in European countries such as Portugal, France and Germany, as well as Australia.

At the end of the quarter, Iberdrola's pipeline totals 78,000 MW, of which 18,700 MW are under construction and cover 100% of installed renewable capacity planned up to 2022 and 75% of estimated capacity to 2025, set to reach 60,000 MW installed renewables. In Spain alone, the company has connection rights for 15,000 MW and land rights for an equivalent capacity. The significant expansion of the offshore wind pipeline over the past twelve months -20,000 MW at the end of the quarter- bolstered by new growth markets with high potential, such as Japan, Poland, Sweden and Ireland, will enable the group to have 12,000 MW offshore wind in operation by 2030.

Half of the group's investments were earmarked for networks during the period and amounted to €1.26 billion euros, after growing by 65%, in line with the group's strategy to increase and strengthen key infrastructure for the energy transition and the electrification of the economy.

Half of the investment, €609 million, went to Brazil, which expanded its presence in the country with the acquisition of the Brasilia distribution company Neoenergia Distribuiçao Brasil (previously CEB-D) for €403 million. Approximately 30% went to the United States, where construction has started on the NECEC transmission line, which will enable renewable energy to be transported from Canada, with the process of acquiring PNM Resources progressing faster than expected. The remaining 20% was distributed between the United Kingdom and Spain, where an investment plan for 2025 of more than €4.3 billion has been presented to help achieve the objectives of the National Energy and Climate Plan (PNIEC). This plan represents increasing current investments by 80%.

EBITDA was boosted by the networks and renewables activities, which contributed 80% of the €2.81 billion posted, while the generation and supply business is negatively affected by high energy prices and adverse weather impacts from Filomena (Spain) and Mexico. By markets, operating results are flat in Spain but are offset by growth in the US, the UK and Brazil. Despite this, investments in Spain increased by 50% to €530 million.

The regulated networks business saw its EBITDA grow by 4.3% to €1.31 billion, with a positive performance in all markets where it operates, except in the United Kingdom, affected by lower demand due to COVID, although this effect will be recovered from 2023 onwards.

The renewables business generated €932.1 million EBITDA, after growing 27.8% by recording higher production, driven by new installed capacity and greater productivity of the facilities. As a result of this generation mix, Iberdrola's emissions in Europe were at an all-time low in the first quarter: 28 g CO2/kWh and one tenth of the emissions of its European and American competitors.

The company no longer generates electricity with coal or fuel oil, having relocated its workforce while creating new jobs through investments. Thus, the Group avoids future risks of dismantling or associated labor while is well positioned to maintain the leadership of its investment cycle in renewables and grids: 90% of its long-term plan is aligned with the green taxonomy defined by the European Union.

Iberdrola intensified its alliance creation strategy during the period, to accelerate the electrification of the economy. The company reached an agreement for co-investment in renewables with Mapfre and, together with Total, agreed to bid for a new offshore wind project in Denmark. With another oil company, BP, it will analyse the development of the largest green hydrogen project in the refining sector in Spain. Iberdrola has also formed strategic alliances with Volkswagen, Mercedes and Renault (to electrify vehicle production and promote sustainable mobility and (Wallbox) and is planning sustainable solutions based on green hydrogen technology with companies such as Fertiberia, Diageo (in the United Kingdom) and Porcelanosa.

In the first three months of the year, Iberdrola continued to improve its financial strength and sustainability. The group reduced its debt by 1.3 bn to €36.3 billion, as well as its cost, to 3.3%, after lowering it by 12 basis points. Cash flow grew 7% at €2.27 billon while liquidity reached €17 billion, enough to cover 21 months' needs.

In the period, the company strengthened its leadership position in green and sustainable financing, exceeding €32 billion. It also remains the largest private issuer of green bonds in the world. As a reference, in April, the group signed a new multi-currency and sustainable credit line for €2.5 billion, with pre-Covid conditions, and launched the largest sustainable promissory note programme for a Spanish company, for €5 billion, linked to ESG (environmental, social and governance) indicators.

The results and financial strength of the group underpin Iberdrola's strategy of increasing shareholder remuneration. The Board of Directors has proposed to the General Shareholders' Meeting the distribution of a final dividend charged to 2020 of €0.252 gross per share. This completes a total remuneration of €0.42 gross per share, an increase of 5%.

The evolution of its activities, and a regulatory environment increasingly aligned with climate action, allow Iberdrola to reaffirm its guidance for the end of 2021, with net profit between €3.7 billion and €3.8 billion and a dividend charged to the year of around €0.44 euros gross per share, to be paid in 2022.

Iberdrola is a global energy leader, the number-one producer of wind power, and one of the world’s biggest electricity utilities by market capitalisation. The group supplies energy to almost 100 million people across the world and carries out its renewables, networks and commercial activities in Europe (Spain, the United Kingdom, Portugal, France, Germany, Italy and Greece), the United States, Brazil, Mexico and Australia while maintaining presence in new growth markets with high potential, such as Japan, Ireland, Sweden and Poland, among others.

With a workforce of more than 35,000 and assets in excess of €122 billion, it achieved a turnover of €36.4 billion and a net profit of over €3.4 billion in 2019. The company contributes to the maintenance of 400,000 jobs across its supply chain, with annual procurement of €14 billion. A benchmark in the fight against climate change, it has allocated more than €120 billion over the last two decades to building a sustainable energy model, based on sound environmental, social and governance (ESG) principles.

This communication includes certain Alternative Performance Measures ("MARs"), as defined in the Guidelines on Alternative Performance Measures published by the European Securities and Markets Authority on 5 October 2015 (ESMA/2015/1415en). MARs are measures of financial performance prepared from the financial information of Iberdrola, S.A. and its group companies but which are not defined or detailed in the applicable financial reporting framework. These MARs are used with the objective of contributing to a better understanding of the financial performance of Iberdrola, S.A., but should only be considered as additional information and in no case replace the financial information prepared in accordance with IFRS. Furthermore, the way in which Iberdrola, S.A. defines and calculates these MARs may differ from that of other entities using similar measures and, therefore, they may not be comparable with each other. Finally, it should be noted that some of the RAFs used in this communication have not been audited. For further information on these issues, including their definition or the reconciliation between the corresponding management indicators and the consolidated financial information prepared in accordance with IFRS, see the information available on the corporate website (https://www.iberdrola.com).

This communication contains forward-looking information and statements about IBERDROLA, S.A. and AVANGRID, Inc. Such statements include financial projections and estimates and their underlying assumptions, statements regarding plans, objectives and expectations with respect to future operations, investments, synergies, products and services, and statements regarding future results. Forward-looking statements are not historical facts and are generally identified by the use of terms such as "expects", "anticipates", "believes", "intends", "estimates" and similar expressions.

In this regard, while IBERDROLA, S.A. believes that the expectations contained in such statements are reasonable, investors and holders of IBERDROLA, S.A. and AVANGRID, Inc. shares are cautioned that forward-looking information and statements are subject to risks and uncertainties, many of which are difficult to predict and are generally beyond the control of IBERDROLA, S.A. and AVANGRID, Inc, risks that could cause actual results and developments to differ materially from those expressed in, or implied or projected by, the forward-looking statements and information. Such risks and uncertainties include those identified in public documents filed by IBERDROLA, S.A. with the Comisión Nacional del Mercado de Valores and by AVANGRID, Inc. with the Securities and Exchange Commission that are available to the public.