Ignacio Galán attended a virtual meeting with Iberdrola’s 9,000-strong workforce in Spain: “We’ll emerge from this crisis by investing in sectors with a future, like ours”

Ignacio Galán attended a virtual meeting with Iberdrola’s 9,000-strong workforce in Spain: “We’ll emerge from this crisis by investing in sectors with a future, like ours” 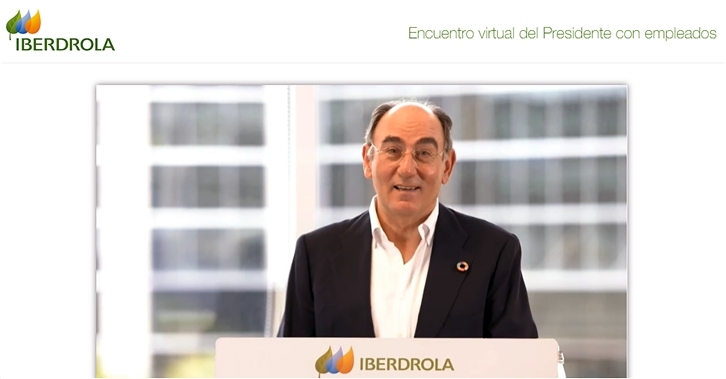 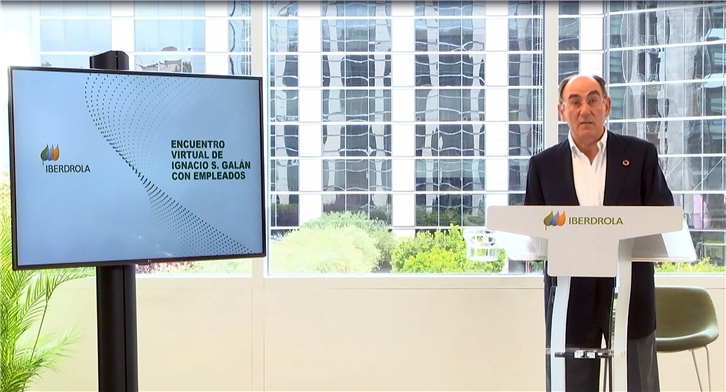 Iberdrola’s chairman, Ignacio Galán, met remotely this morning with almost all the company's nearly 9,000 employees in Spain to talk the company's performance and its plans for the future. He also answered more than 200 questions, which had been received electronically and previously classified into subjects.

The one-hour meeting was streamed via Iberdrola’s employee Intranet and had a huge audience, with almost 100 % of the company’s Spanish workforce tuning in to watch at some point during the proceedings.

The chairman thanked his staff for their hard work and dedication, particularly during the pandemic in the last two months, and encouraged everyone to keep working diligently: “We are the best company in the best sector”, he said.

Galán explained that Iberdrola will press on with its growth plans, investing 10bn euros this year alone, followed by similar sums in the years to come. “Our investments will create business and jobs for the 40,000 people who work for the group and also for the 400,000 who work for us through our suppliers’ companies”.

Galán showed his conviction that, “rather than holding us back, the crisis will speed up the energy transition”, mentioning that European and Spanish institutions agree that “we will emerge from the crisis green or not at all” and that this is an excellent opportunity for Europe to lead that change. Iberdrola beats everyone else off the pitch: “Investing in sectors with a future is a way out of this crisis and we have the technological and financial capacity to keep driving the decarbonisation of the economy”.

The strength of Iberdrola's business model has once again become apparent in this difficult market environment: “Because of our diversified model we are a haven for investors, making us one of the two best-performing companies on the Ibex-35 during the crisis.”

Ignacio Galán also commented that more than half of Iberdrola’s staff in Spain (around 4,500 employees) have had COVID-19 serological tests and the rate of infection detected in the group, which operates in some of the most severely affected countries, is clearly better than average. In any case, he explained, “we must not let our guard down with this virus” and we must keep taking “all the necessary measures”.

Iberdrola’s chairman is planning to take part in similar virtual meetings in the near future with employees in the other countries where the company has a presence.

Iberdrola is a global energy leader, the number-one producer of wind power, and one of the world’s biggest electricity utilities by market capitalisation. The group supplies energy to almost 100 million people in dozens of countries including Spain, the United Kingdom (ScottishPower), the United States (AVANGRID), Brazil (Neoenergia), Mexico, Germany, Portugal, Italy and France. With a workforce of 34,000 and assets in excess of €113bn, it achieved a turnover of €35bn and a net profit of €3bn in 2018.

Iberdrola is leading the transition towards a sustainable energy model through its investments in renewable energy, smart grids, large-scale energy storage and digital transformation, to offer the most advanced products and services to its customers. Deeply committed to clean energy, Iberdrola is one of the companies with the lowest emissions and an international benchmark for its contribution to sustainability and the fight against climate change.