The group’s Chairman, Ignacio Galán, highlighted “the acceleration of investments and the early achievement of our efficiency and asset turnover targets for 2022."

These achievements provide us additional room for new investments, creating a virtuous circle of growth and financial strength 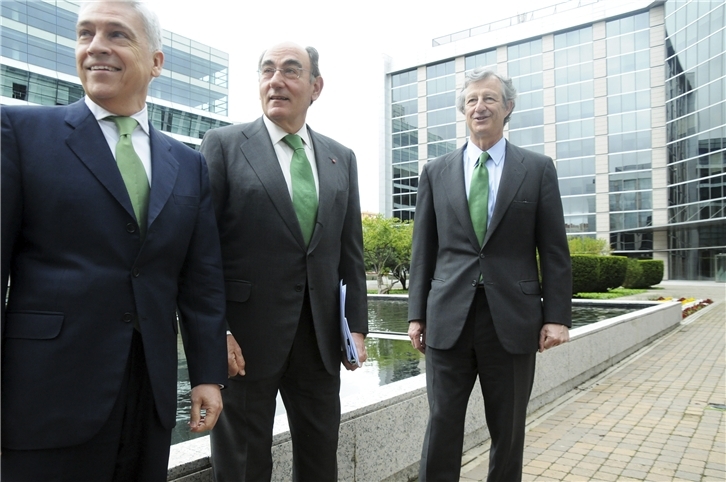 Commenting on the results, Ignacio Galán, group Chairman, highlighted “the acceleration of investments and the early achievement of our efficiency and asset turnover targets for 2022. These achievements provide us additional room for new investments, creating a virtuous circle of growth and financial strength,” added Galán.

Of the total €4.727 billion invested, the largest amount in the group’s history for a nine-month period, 87% was for the Networks and Renewables businesses, in line with the Group’s Strategic Outlook and with its commitment to a sustainable model. Approximately half of all investments (€2.22 billion) were in new renewable capacity, an increase of 81% against the same period of last year, and 40% (€1.89 billion) in Networks, an increase above 20%.

These investments will enable Iberdrola to achieve its target of installing 13,000 new megawatts (MW) in the period 2018 to 2022. In just two years, the group has commissioned more than half of that amount and by the end of 2019 the company will have installed 5,218 new MW, increasing its capacity by 11% in just one year.

The group’s gross operating profit (EBITDA) was €7.498 billion, 11.6% more than in the same period of 2018. This positive result was primarily due to the good performance in Networks, and Generation and Supply, which more than offset the impact of lower hydroelectric output in Spain in the Renewables business.

Specifically, the Networks business posted €3.94 billion EBITDA for the first nine months, 8.2% more than in the same period of last year. Of the total figure, 68% came from outside Spain and 50% was concentrated in Brazil and the United States, due to the positive revision of tariffs and lower costs in both countries from previous years.

Generation and Supply also performed well, posting €1.81 billion EBITDA, up 37.1% from the same period of 2018. In this area, the contributions of Spain and Mexico stood out, having both increased capacity and production during the period.

The Renewables business posted €1.67 billion EBITDA which represents a 4.5% decrease from the first nine months of last year. This result was primarily due to lower hydroelectric production in Spain. In contrast, the increased contribution of the UK featured prominently, with the East Anglia One offshore wind farm coming on stream. Renewable production also increased by 53.5% in Mexico and, at Iberdrola Energía Internacional[1], the positive performance of Wikinger offshore wind farm in Germany boosted production by 53%.

Iberdrola has managed to carry out its €3.5 billion asset rotation plan for the 2018-2022 period three years ahead of schedule. This follows the sale of a minority stake in East Anglia One for €1.7 billion, after the group had previously divested conventional generation assets in the UK (€700 million) and other non-strategic assets in Spain and the US.

Asset rotation, together with positive cash flow which amounted to €5.28 billion (+10.8%), has led to further strengthening of credit ratios: net debt to EBITDA has improved by 40 basis points to 3.5 times, and the ratio of operating cash flow to net debt has increased by 120 basis points to 22.2%.

Iberdrola has also reaffirmed its leading position in green financing, carrying out transactions for €4 billion in the first nine months of the year and becoming the private sector company with the largest amount of green bonds in circulation.

The results obtained in the first nine months of the year reflect the success of Iberdrola’s model for sustainable value creation: the acceleration of capital expenditure to drive the energy transition generates an increase in cash flows which strengthens the company’s financial solidity, so that the group can continue to invest in growth.

Against this background, the group has announced a new edition of its Iberdrola Flexible Remuneration programme, which involves a 10.6% increase in the interim dividend for 2019 to €0.167 gross per share to be paid on 5 February 2020. The complementary dividend envisaged for July 2020 will also be added to this amount.

In parallel, the figures presented today allow the company to confirm its full-year guidance: net profit for 2019 is expected to show double-digit growth.


[1] This company brings together the businesses previously referred to as Rest of the World (ROW).

Iberdrola is a global energy leader, the number-one producer of wind power, and one of the world’s biggest electricity utilities by market capitalisation. The group supplies energy to almost 100 million people in dozens of countries including Spain, the United Kingdom (ScottishPower), the United States (AVANGRID), Brazil (Neoenergia), Mexico, Germany, Portugal, Italy and France. With a workforce of 34,000 and assets in excess of €113,000 million, it achieved a turnover of €35,075.9 million and a net profit of €3,014 million in 2018.

Iberdrola is leading the transition towards a sustainable energy model through investments in renewable energy, smart grids, large-scale energy storage and digital transformation, to offer its customers the most advanced products and services. Thanks to its commitment to clean energy, Iberdrola is one of the companies with the lowest emissions and an international benchmark for its contribution to the fight against climate change and for sustainability.

This communication includes certain Alternative Performance Measures (APMs) as defined in the Guidelines on Alternative Performance Measures published by the European Securities and Markets Authority (ESMA) on 5 October 2015 (ESMA/2015/1415en). APMs are measures of financial performance using the financial information of Iberdrola, S.A. and its group companies but not defined or detailed in the applicable financial reporting framework. These APMs help ensure a better understanding of Iberdrola S.A.’s financial performance, but should only be seen as additional information. They do not replace the financial information prepared in accordance with IFRS. The way in which Iberdrola, S.A. defines and calculates these APMs may also differ from that of other entities using similar measures and therefore not be comparable with them. Finally, it should be borne in mind that some of the APMs used in this communication have not been audited. For more information on these matters, including their definition or the reconciliation between the corresponding management indicators and the consolidated financial information prepared in accordance with IFRS, please refer to the information available on the corporate website (www.iberdrola.com).

This communication contains forward-looking information and statements about IBERDROLA S.A. and AVANGRID Inc, including financial projections and estimates and their underlying assumptions, statements regarding plans, objectives and expectations with respect to future operations, capital expenditures, synergies, products and services, and statements regarding future performance. Forward-looking statements are statements that are not historical facts and forecasts are generally identified by the words “expects”, “anticipates”, “believes”, “intends”, “estimates” and similar expressions.

Although IBERDROLA, S.A. believes that the expectations reflected in such forward-looking statements are reasonable, investors and holders of IBERDROLA S.A. and AVANGRID Inc. shares are cautioned that forward-looking information and statements are subject to various risks and uncertainties, many of which are difficult to predict and generally beyond the control of IBERDROLA S.A. and AVANGRID Inc., that could cause actual results and developments to differ materially from those expressed in, or implied or projected by, the forward-looking information and statements. These risks and uncertainties include those discussed or identified in the public documents sent by IBERDROLA S.A. to the Comisión Nacional del Mercado de Valores and by AVANGRID Inc. to the Securities and Exchange Commission, which are available to the public.