Iberdrola awarded high-voltage substation in Brazil, with over €100 million investment

Iberdrola awarded high-voltage substation in Brazil, with over €100 million investment 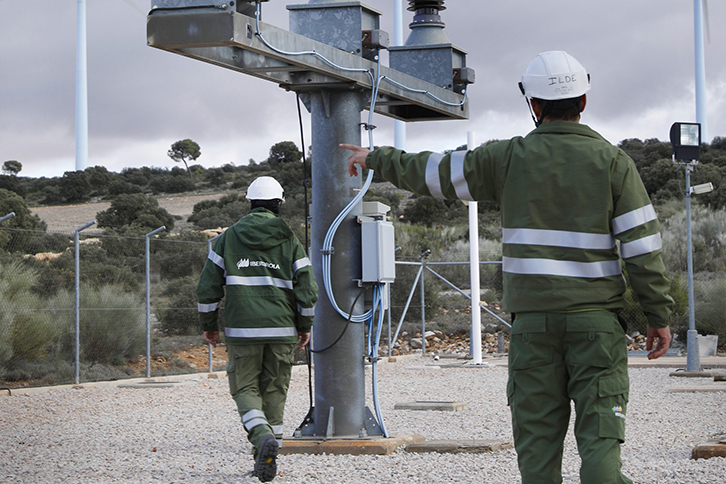 •    Iberdrola, through its subsidiary Neoenergia, has been selected by the Agência Nacional de Energia Elétrica (ANEEL) to build a 500 kV substation in the state of Minas Gerais

Iberdrola, through its subsidiary Neoenergia, continues to accelerate its commitment to Brazil. In a competitive transmission auction held at São Paulo stock exchange, the Spanish company was awarded the construction and commissioning of a 500 kV substation to be located in Ibiraci, in the state of Minas Gerais, with an investment of over € 100 million.

The award was granted by the Agência Nacional de Energia Elétrica (ANEEL), Brazil's electricity system regulator, in an international tender with the aim of attracting investment to upgrade and expand the country's transmission networks with award prices being, on average, 66% lower than those expected by the market.

The project comprises the 500,000-volt Estreito substation with three -300/+300 Mvar synchronous compensators. The facility will provide greater reliability and operational flexibility in critical scenarios of high energy imports by the Southeast region, in addition to guaranteeing stability in São Paulo's high and medium voltage system. The maximum deadline for the entry into commercial operation established by ANEEL is 48 months, to be met in March 2026, although this deadline is expected to be brought forward.

In line with the company's strategy, the investment, estimated at around €103 million, represents a significant increase in revenue generation and decisively expands the company's area of operation in the Southeast region. Some 1,700 direct jobs and numerous indirect jobs will be created during the construction of the project.

Strengthening Neoenergia's presence in the transmission market, the asset presents synergies during the construction period with other company projects, which were fed into the detailed study prepared by the company for the bid.

Iberdrola, through its subsidiary Neoenergia, manages a distribution network of 540,417 km, covering a population of 34 million people. Neoenergia also has more than 3,730.3 megawatts (MW) of renewable energy in operation and provides electricity services to 15.7 million customers.

The new transmission projects set to be commissioned by the company over the coming years will follow the group's efficiency strategy and produce a secure return for its shareholders, maintaining the focus on the business and generating an even more predictable cash flow. In addition, the group maintains its track record and commitment to investment and growth in the country.

The decarbonisation of the economy and digital innovation require distribution networks for new electricity consumption models. Smart grids make a new interconnected electricity system possible that responds to the needs of users while guaranteeing the incorporation of more renewables, an essential pillar for the energy transition.

With Iberdrola's new investment plan by 2030, the value of the group's regulated assets will rise to €60 billion.

Following the acquisition of Neoenergia Brasilia, Iberdrola continues to invest heavily in distribution. This investment commitment is not limited to ensuring the country's economic growth but is also  aimed at strengthening local communities. The company promotes local suppliers and collaborates with the communities where it operates. The group has set itself the 2030 target of bringing electricity to more than 16 million people who currently lack access as part of its Electricity for All programme. It also has schools for electricians, in which it seeks professional inclusion and gender equality.