25% more volunteers than the previous year took part in the development of more than 64 solidarity actions in twelve countries. 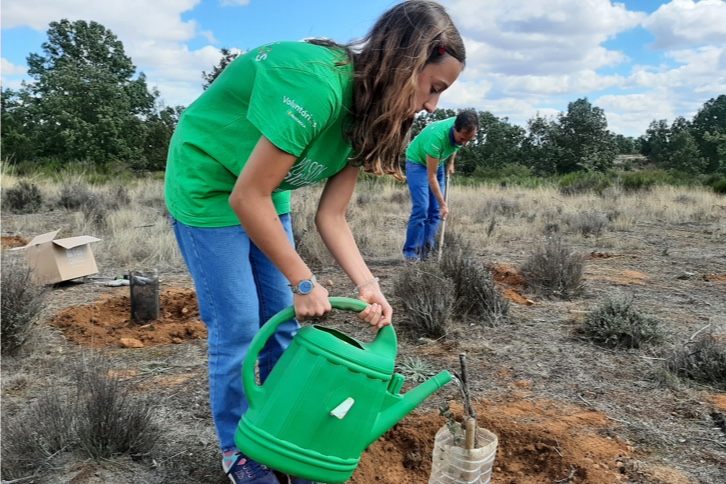 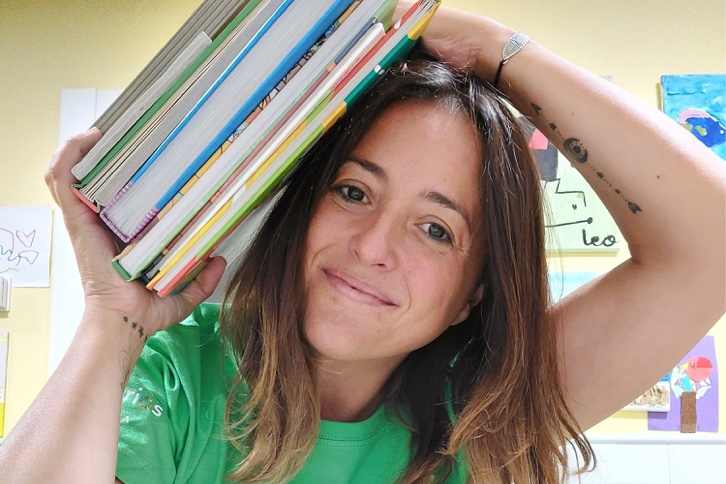 Iberdrola has brought together more than 5,000 employees -25% more than last year-, during International Volunteering Week, in a total of 64 solidarity initiatives, carried out in a dozen countries where it operates, from Spain to the United States, Mexico, Brazil, the United Kingdom, Australia, Belgium, France, Germany, Greece, Italy and Portugal.

Under the slogan ‘Together we continue to build the world we want’, during the week of 18 to 25 September, solidarity projects related to environmental care, the inclusion of vulnerable groups and social assistance are being carried out, especially with the donation of food, hygiene and school kits to vulnerable families.

Iberdrola volunteers and their families are sharing these actions with other groups, such as people with disabilities, refugees and the elderly. Like last year, volunteers have been able to participate in the activities safely, either from home or with individual activities outside.

This year, Iberdrola has launched a new social project called My Social Footprint to measure the impact of the social actions of its employees on society, taking another step forward in its commitment to achieving the United Nations Sustainable Development Goals (SDGs). Through the volunteering website, each employee can find out how many people they have helped with their work, how many hours they have dedicated to each SDG and how many actions they have taken to help create a better world.

In Spain, more than 2,200 volunteers have collaborated in 17 activities, ranging from a global solidarity race to donate food packs, reforestation, cleaning of beaches, riverbanks and forests, creation of shelters for the protection of animals, creation of toys for cognitive development and psychomotor skills for people with disabilities and the elderly, sports and environmental workshops, video forums and inclusive leisure with different vulnerable groups.

Employees of Avangrid, Iberdrola's US subsidiary, have participated in activities related to the clean-up of regional parks, the construction of housing for people at risk of exclusion, as well as donations to cover basic food and education needs.

In the United Kingdom, the professionals of the subsidiary ScottishPower have been involved in the collection of waste on the beach and the development of natural spaces, among other initiatives.

Iberdrola Mexico employees have carried out environmental activities, such as planting, saving water at home, recycling and energy efficiency. They have also recorded stories and tales for the visually impaired.

In Brazil, Neoenergía's professionals have worked on actions aimed at collecting donations of personal hygiene items and children's books for different NGOs that help homeless people. They have also recorded stories for vulnerable children and entertainment videos for nursing home residents.

In the other strategic geographical areas, volunteers have collaborated in global and also local projects focusing on the reforestation of natural areas, raising awareness about caring for the environment, promoting inclusion and social aid in response to the social emergency, above all through the provision of vital basic foods and education. To do this, they took part in different charity runs in which with the money raised for all the miles run translated into the donation of food packs for vulnerable families.

Another of the global activities was the solidarity photography competition in which the aim is to capture the positive footprint that can be left on the environment and in the lives of others, which this year has had grants to be invested in social projects.

This initiative forms part of Iberdrola´s Corporate Volunteer programme, launched in 2006, as part of its commitment to support the involvement of its teams in the situation faced by society's most disadvantaged, turning them into agents for change. The project is in line with the United Nations Sustainable Development Goals, which the company has integrated into its strategy. Specifically, this programme focuses on goals number 7 (affordable and clean energy), 13 (climate action), 3 (good health and well being), 4 (quality education) and 10 (reduced inequalities).

Every year, the company offers its employees more than 6,000 volunteer opportunities, with the aim of rallying the talent, time and energy of its professionals to improve our society. The programme has received a number of accolades, including the Innovation Award 2018 in the Private Sector category, granted by the IMPACT2030 network (a private sector and UN initiative). Furthermore, in 2016 the company received a Special Mention from the King of Spain, on the occasion of the celebration of the first decade of its International Programme in 2016. The year before, International Cooperation awarded it the Most Caring Company award.