Iberdrola puts its first photovoltaic plant in Teruel into operation

With an installed capacity of 50 MW, it created up to 250 jobs during the construction phase

Iberdrola puts its first photovoltaic plant in Teruel into operation 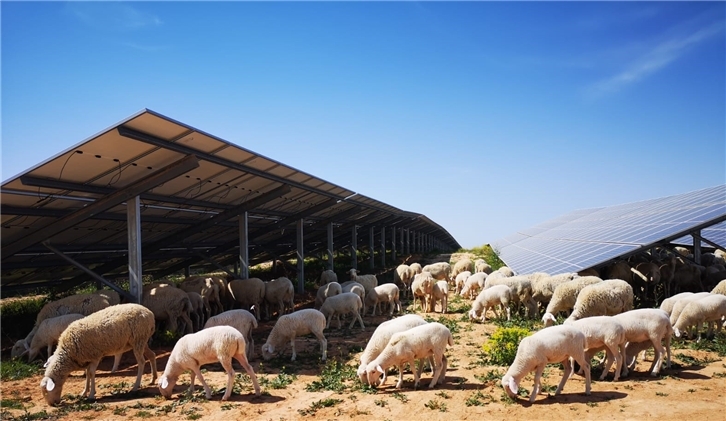 Iberdrola is progressing in its plans to lead the energy transition and the recovery of the economy and employment in Spain. Now that the construction phase has been completed, the company has started up its first photovoltaic plant in the province of Teruel.

Located in the municipality of Azaila, it consists of 142,740 photovoltaic modules and has an installed capacity of 50 MW. The photovoltaic installation, which created 250 jobs during the construction phase, produces clean energy equivalent to the consumption needs of 24,300 households per year, as well as preventing the emission of some 19,000 tonnes of CO2 per year.

With this new project, the company reinforces its commitment to Aragon, where it already operates around 500 MW, most of which is renewable, and plans to double this figure in the coming years with a further 500 MW of green energy in the pipeline with projects including the Peñaflor, Fuendetodos and Escatrón photovoltaic plants, which have connection access and environmental analysis. In addition, the company plans to promote the development of wind and photovoltaic projects totalling more than 700 MW in different areas of the community.

Iberdrola’s strategy fully integrates the conservation of the biological diversity of ecosystems, demonstrating that it is possible to effectively combine the supply of competitive, clean and sustainable energy with environmental balance.

In this sense, the Azaila project promotes the use of the photovoltaic site as pasture for grazing sheep, guaranteeing the coexistence between renewable installations and agricultural and livestock farming activities.

The company, which plans to achieve ‘zero net loss’ of biodiversity by 2030 by focusing on the net positive impact of new infrastructure developments, has carried out more than 1,450 actions to protect biodiversity in the last three years, combining the installation of renewable projects with the conservation of the biological diversity of ecosystems, caring for flora, fauna and natural heritage.

The company is aligned with the Sustainable Development Goals (SDGs) directly related to nature (SDGs 6, 13, 14 and 15) and works to promote economic and social development and respect the environment.

Iberdrola is convinced that the energy transition can serve as a driving force in the transformation of industry and recovery with a greener economy and employment. To do this, the company has launched a 75 billion euro investment plan for the period 2020-2025, with the aim of doubling its renewable capacity and taking advantage of the opportunities provided by the energy revolution facing the world's leading economies.

Investments in Spain for the period amount to around €14.3 billion, half of which (more than €7 billion), will be spent on developing renewable energy projects, while more than 4.5 billion will go towards strengthening and digitalising its electricity grids.

After twenty years promoting the energy transition in Spain, Iberdrola leads in renewable energy in the country, with installed renewable capacity exceeding 16,700 MW as of September 2020, an amount that totals more than 35,000 MW worldwide, making its generation facilities among the cleanest in the energy sector.

With CO2/kWh emissions already two-thirds lower than the European average, Iberdrola’s strategy of investing in clean energy and grids will lead Iberdrola to be a “carbon neutral” company in Europe by 2030.

Iberdrola is a global energy leader, the world’s largest wind power producer and one of the largest electricity companies by market capitalisation in the world. The Group supplies energy to almost 100 million people in dozens of countries including Spain, the United Kingdom (ScottishPower), the United States (AVANGRID), Brazil (Neoenergia), Mexico, Australia (Infigen), Germany, Portugal, Italy and France. With a workforce of over 35,000 people and assets in excess of €122 billion, it had a turnover of slightly more than €36.4 billion and a net profit exceeding €3.4 billion in 2019.

Iberdrola is leading the transition towards a sustainable energy model through its investments into renewable energy, smart grids, large-scale energy storage and digital transformation, to offer the most advanced products and services to its customers. Thanks to its commitment to clean energy, Iberdrola is one of the companies with the lowest emissions and an international benchmark due to its contribution to the fight against climate change and to sustainability.