The statements were made during a meeting this afternoon at COP26 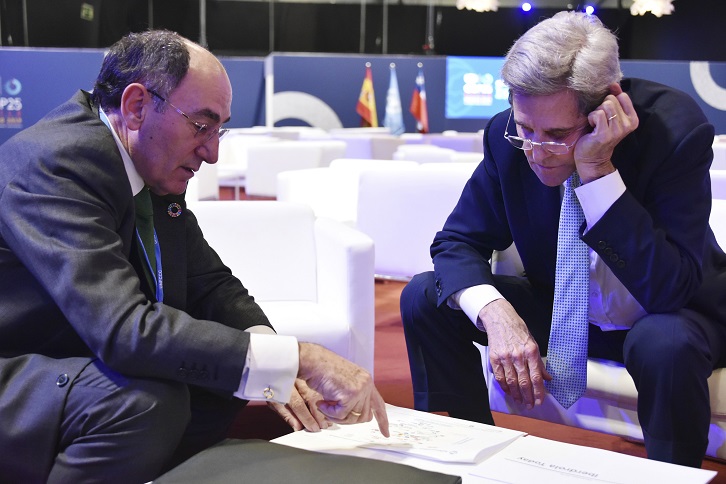 Kerry met today in Glasgow as part of COP 26 with executives from major companies that have contributed greatly to the United States in this regard, including the head of Iberdrola, Ignacio Galán.

Participants at the meeting agreed that private enterprises should set ambitious goals and work hard to accomplish them, as Iberdrola has done as part of the Europe 2030 plans by becoming the company with the lowest emissions among the world's largest utilities.

Companies should build cross-sector coalitions to enable a rapid transition, as Iberdrola has done with other companies.

At the most recent climate summit in Madrid, Iberdrola's CEO and John Kerry were able to discuss the global goals that businesses should pursue in regard to climate change, as well as the private sector's role in accelerating the decarbonisation of the economy.