Segovia hosts the exhibition 'The Prado Museum in the Streets'

From 12 November to 13 December, the experience of visiting the Prado Museum will be recreated in the Paseo del Salón de Isabel II

Segovia hosts the exhibition 'The Prado Museum in the Streets' 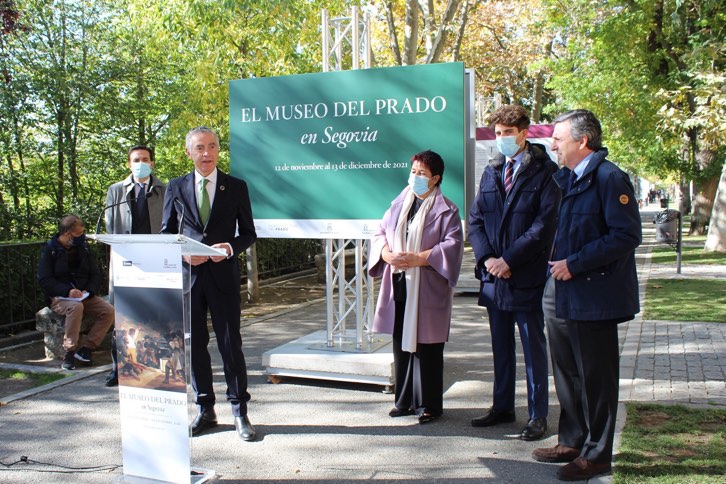 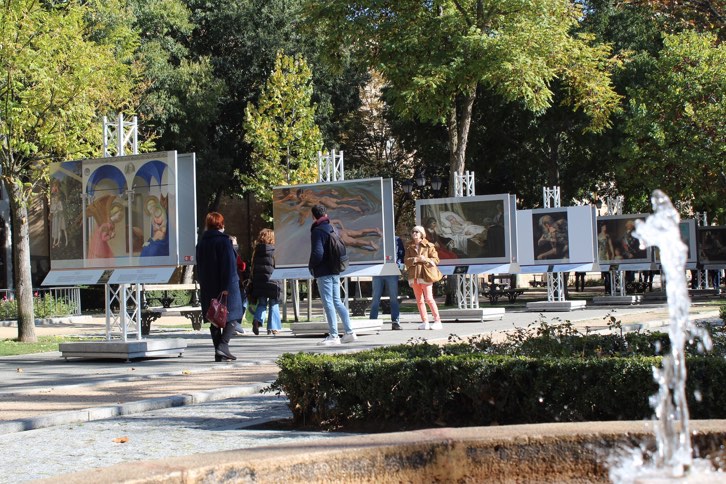 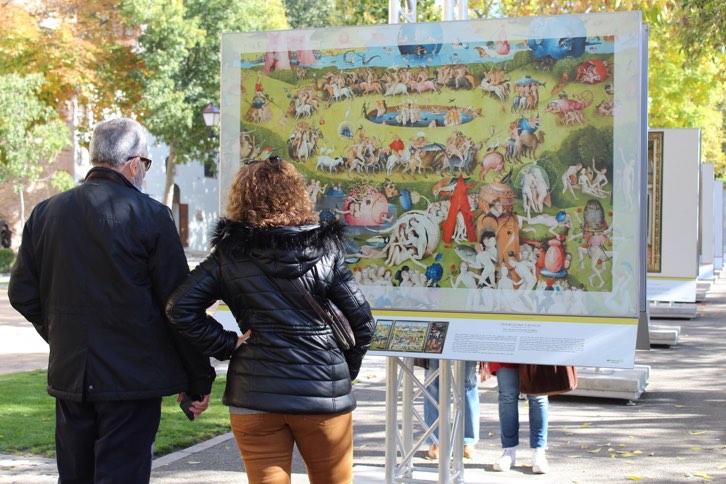 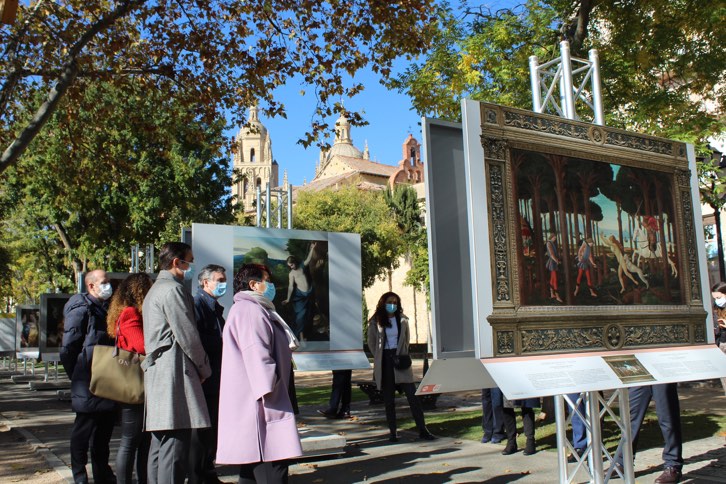 Segovia hosts the exhibition 'The Prado Museum in the Streets', sponsored by Fundación Iberdrola España and the Prado Museum, with the collaboration of the Castilla y León Regional Government and the city council. This is the seventh location visited by this travelling exhibition, which began in Salamanca and made its last stops in Valladolid, León, Aguilar de Campoo, Burgos and Soria, and which is touring the nine provinces of the region with the aim of raising awareness regarding the collections and the historical heritage attached to the Prado National Museum through different educational programmes and cultural activities.

The exhibition, which recreates a visit to the museum by allowing visitors to contemplate the paintings at their real scale, provides an experience similar to that of standing in front of the real work of art and it can be visited between 12 November and 13 December in the Paseo del Salón de Isabel II, one of the city's most iconic spaces.

This successful cultural initiative was inaugurated this morning by the Mayoress of Segovia, Clara Luquero de Nicolás; the President of the Fundación Iberdrola España, Fernando García; the Vice-Minister for Culture in the Castilla y León Regional Government, Raúl Fernández Sobrino, and the Deputy Director for Conservation and Research at the Prado National Museum, Andrés Úbeda de los Cobos. It brings 50 of the most important works from the Museum's Permanent Collection to Segovians through full-scale photographic reproductions.

This large, open-air exhibition, curated by Fernando Pérez Suescun, Head of Educational Content at the Prado Museum, enables visitors to tour the different artistic schools covered by the Prado Museum's permanent collections and learn about the history of Spain, Europe, and Western art in general, as painted by the great masters. The Spanish, Italian, Flemish, French, German, and Dutch schools are represented through artists from the 12th century to the early 20th century.

The exhibition also has bilingual information panels for each work of art, as well as details on the history of the Museum and its collections.

The reproductions are shown at a scale of 1:1, however, due to the dimensions of the exhibition stands, this means that, for some of the larger works, only a magnificent and striking part of the work can be seen, with a smaller representation of the entire painting shown in the explanatory panel.

In the wake of the enormous success of the exhibition during the celebration of the Museum’s two-hundredth anniversary, “Prado in the Streets" travelled around Castilla la Mancha until 26 April. In almost two years, thousands of visitors have had the chance to behold some of the wonders of the Museum's collection thanks to these accurate reproductions, spreading culture across the region with daily visits that never failed to observe the applicable anti-COVID-19 rules.

“The Prado in the Streets” began its journey through Castilla y León in Salamanca on 30 April and over the course of ten months it will travel to other cities in Castilla y León. In addition to Salamanca, Valladolid, León, Aguilar de Campoo, Burgos and Soria, its last stop, Segovia, where it is being presented today, Ávila and Benavente will also be able to enjoy the exhibition.

Fundación Iberdrola España focuses a key part of its activity on caring for and maintaining Spain’s cultural and artistic wealth.

The Foundation has been working with the Prado Museum since 2010 by supporting the gallery’s conservation and restoration programmes, as well as offering four annual grants to young restorers. It also promoted the Extraordinary Programme for the Commemoration of the Bicentenary of the Prado Museum and, in particular, the deployment of this travelling exhibition in Spain, which continues to be a great success today.

Since 2011, Fundación Iberdrola España has allocated a total of €13 million to art and culture, focusing its resources primarily on the Restoration Programme to support the restoration workshops in leading museums for the conservation of their pictorial and artistic heritage. The Foundation also supports the Lighting Programme, which includes the design, implementation, and financing of artistic projects to light iconic buildings and monuments.