The onshore wind farm has the most powerful turbines in Spain, with 4.5 MW unit capacity, almost seven times more than the first machines installed two decades ago 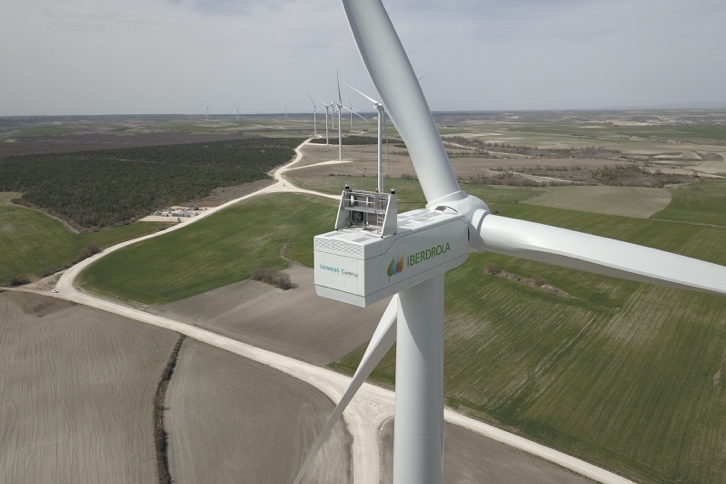 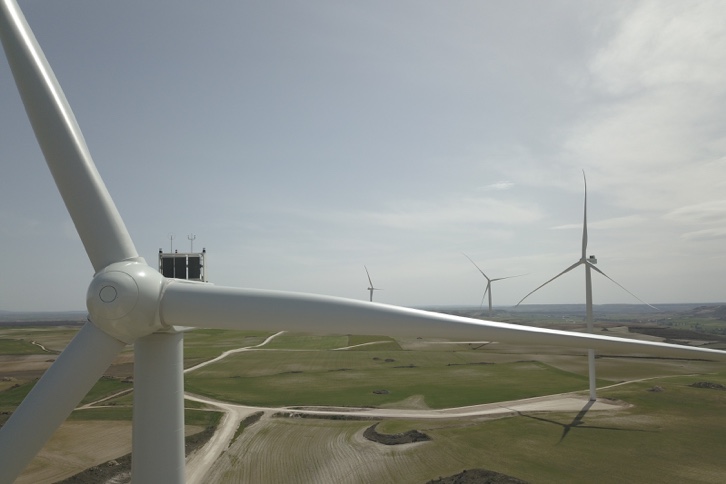 Previous Next
Photographs of the wind complex and compacted images of its construction and commissioning. 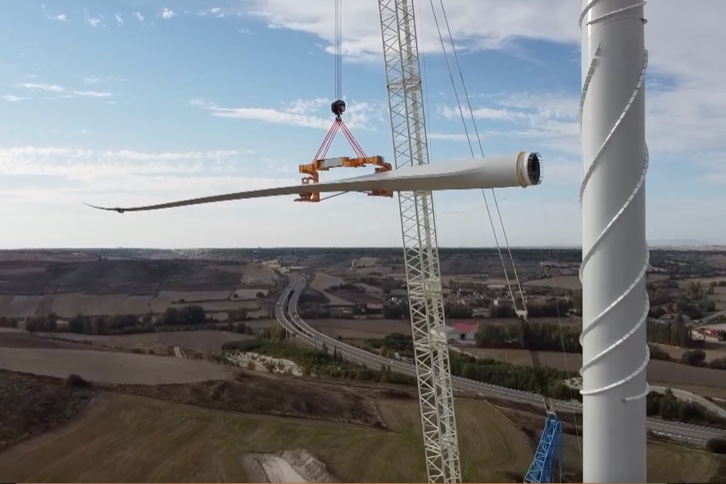 Photographs of the wind complex and compacted images of its construction and commissioning. (without audio content)

Iberdrola has begun commissioning the Herrera II wind complex in Castilla y León. It consists of three farms - La Huesca, Valdesantos and Orbanejoa - with 63 MW of installed capacity and a total of 14 wind turbines. It will generate enough electricity to supply the equivalent of 60,000 households per year and will prevent the release of 50,000 t CO2/year into the atmosphere.

Iberdrola has spent €70 million developing the wind complex and stimulating the region's industrial sector. The development employed around 800 people and almost all the on-site civil works were entrusted to local companies. Likewise, in most cases, the components of these wind turbines have been manufactured in Spain: the multipliers in Burgos, the nacelles in Soria, and the turbines in Cantabria.

With this project, the company is ratifying its commitment to Castilla y León and its leadership in renewable energy in the region, where it already operates 5,200 MW – of which 1,600 MW are wind – making this the largest autonomous community in terms of ‘green’ capacity installed by the company.

With the commissioning of the Herrera II wind farms, Castilla y León is establishing its position as an important centre for renewable energy developments in the company's investment cycle up to 2025.

In the province of Burgos alone, the company has recently built or is developing more than 550 MW in projects such as Ballestas and Casetona (69 MW), Fuenteblanca (10 MW), Buniel (114 MW), Valdemoro (50 MW), Iglesias (94 MW) and Alcocero de Mola (102 MW); as well as the Revilla Vallejera photovoltaic installation (50 MW) and two hybrid photovoltaic plants in the pipeline in Ballestas and Casetona (69 MW).

Over the coming years, Iberdrola plans to develop more than 2,400 MW of renewable energy in the region – wind and photovoltaic – for which it will allocate investments in excess of €2bn. According to PNIEC estimates, this volume of resources will stimulate industry and create jobs for 18,000 people.

The start-up of Herrera II comes on top of other renewable projects launched by the company in the past 12 months, despite the pandemic: the Núñez de Balboa, Campo de Arañuelo I and II photovoltaic plants in Ceclavín, in Extremadura; the Cavar wind farm in Navarre; the solar project in Andévalo (Andalucía); the Barcience photovoltaic project (Castille – La Mancha), the Fuenteblanca wind farm (Castilla y León) and the Azaila photovoltaic plant in Aragón.

Iberdrola is building 1,700 MW of renewable capacity in Spain and has a pipeline of more than 17,000 MW on the Iberian Peninsula. In Spain, Iberdrola is the leader in the renewable energy sector with an installed capacity of 17,000 MW, which will increase to 25,000 MW with its investment plan up to 2025.

Iberdrola has been leading the energy transition for two decades, acting as a key driving force to transform the industrial fabric and in the green recovery of the economy and employment.

To achieve this, the company has launched a major investment plan worth €150bn over the next decade (€75bn by 2025), to triple its renewable capacity to almost 100,000 MW, doubling its network assets and taking advantage of the opportunities offered by the energy revolution the world's leading economies are facing. In Spain, investments until 2025 account for some €14.3bn, €7bn of which will be used to develop renewable projects.

Investments worth €120bn over the last twenty years have made Iberdrola a leader in renewable energy with nearly 35,000 MW installed worldwide, a volume that makes its generation fleet one of the cleanest in the energy sector.