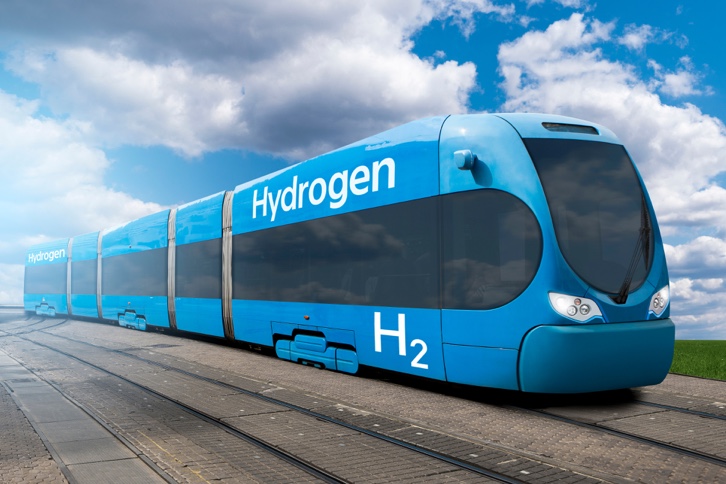 Iberdrola has signed a Memorandum of Understanding (MOU) with AECOM — a global leader in the infrastructure sector —, Ancitel Energia e Ambiente — a company specialising in regional sustainable development — and Cinque International — a company active in implementing solutions that use green hydrogen — to undertake the project to convert the Apennine railway, which links Sansepolcro (Arezzo) and Sulmona (L'Aquila) in Italy, to green hydrogen.

This railway line, which is more than 300 km long, is strategic as it connects inland areas of Italy, and runs through Toscana, Umbría, Lacio and Abruzos, as well as Perugia, Terni, Rieti and L'Aquila. Part of the line has not been electrified and is used by diesel locomotives that have reached the end of their useful lives: the switch to green hydrogen as a fuel is a drastically less expensive alternative than traditional electrification and will bring innovation and development to areas affected by depopulation and deindustrialisation.

The Memorandum of Understanding also includes an evaluation of the technical viability of converting the Ferrovia dei Due Mare (Two Seas Railway) to green hydrogen, which will connect Fiumincino and Rome airports with San Benedetto del Tronto by way of Rieti, Amatrice and Ascoli Piceno making Rome the leading city in the world in terms of trains powered by green hydrogen.

The conversion initiatives are part of an integrated, sustainable project to revitalise the Central Apennines, involving AECOM, Ancitel Energia e Ambiente and Cinque International. The development project focuses on the use of electric trains driven by hydrogen as a lever to attract productive investment in areas affected by the earthquakes in 2009, 2016 and 2017, which have suffered from population and economic decline in recent years, phonemena exacerbated by the spread of the pandemic. The use of new energy and environmental technologies are at the heart of this initiative, with green hydrogen produced from renewable sources taking a leading role.

Lorenzo Costantini, country manager for Iberdrola in Italy, says “it is an opportunity to put our skills at the service of this ambitious project which, in addition to having a major environmental impact, is also intended to have a significant economic and social impact, supporting areas affected by seismic events in recent years."

The Sansepolcro - Sulmona hydrogen railway project has already passed through several stages: In 2019, it was submitted to Italy's Hydrogen Bureau at the Ministry of Economic Development (MiSE). In 2020, after a preliminary viability study coordinated by the Scuola Superiore S. Anna in Pisa, a technical bureau was set up in the MiSE in collaboration with the Ministry of Infrastructure and Transport (MIT), the FS and RFI group. In December 2020, a process was launched to gather support from local communities in order to eliminate bureaucratic and administrative red tape. In July 2021, the project was preselected by the European Commission with the European Clean Hydrogen Alliance.

While executing the plan, the initiative's promoters will continue to have conversations with the regions about the route of the railway, with the Grupo Ferrovie dello Stato and with other public and private local agents, involving them in developing and carrying out the project.

Iberdrola is carrying out green hydrogen initiatives and projects in Europe — in countries including Spain, the United Kingdom and now, Italy — as well as in the United States and Brazil. These will contribute to the decarbonisation of industry, transport and heavy goods transport as well as developing the value chain.

In Spain alone, the company has submitted 53 projects to Next Generation EU — which are now among the 150 initiatives developed as part of this programme — mobilising investments of 2.5 billion to reach an annual production of 60,000 tonnes/year. In Spain, Iberdrola is currently building the largest green hydrogen plan in Europe to produce fertilizers. Fertiberia will start operating the plant in Puertollan later this year.