G2020: Public-private collaboration is essential for the fight against climate change

At the conference ‘Climate change and sustainable development. How can you contribute? It's in your hands'

G2020: Public-private collaboration is essential for the fight against climate change 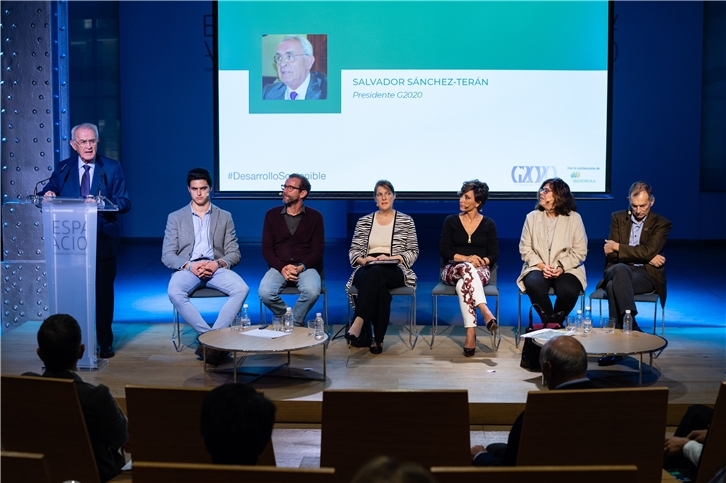 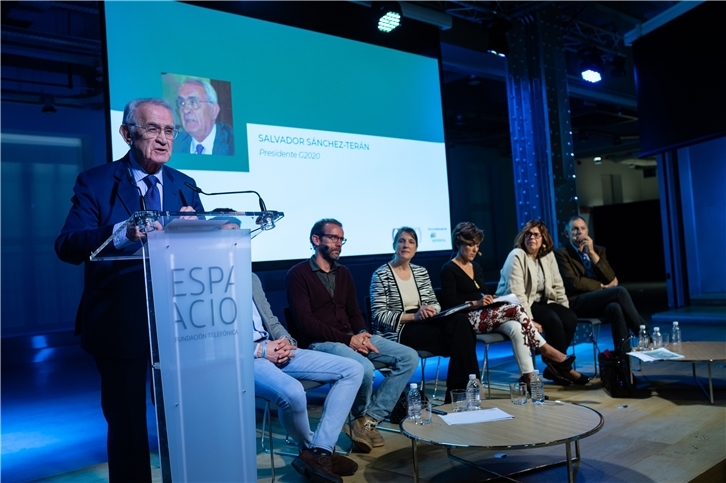 Iberdrola and the G2020 platform held the seminar ‘Climate change and sustainable development. How can you contribute? It's in your hands in the headquarters of Fundación Telefónica in Madrid. The conference's goal was to analyse the response by the Government, and also from businesses and civil society, to stop climate change.

During the meeting, experts highlighted the risks the planet is being subjected to in the face of global warming. The United Nations stated that 150 million deaths will be caused by atmospheric pollution; the organisation went on to explain that if the contaminating emissions are not reduced, the effect of global warming will cause sea level rise, longer periods of drought and extreme heat, the disappearance of certain species of animals and crops and a heightened risk of diseases spread by insects.

Yet this scenario also presented opportunities. As the United Nations pointed out, if the average increase in temperature is limited to one and a half degrees, governments would save €26 billion and 18 million new jobs could be created.

In this sense, the president of the G2020 Platform, Salvador Sánchez-Terán, appealed to the Government and civil society to fulfil the 17 Sustainable Development Goals (SDGs) included in the UN’s 2030 Agenda, which has paved the way to a global road map with a shared action plan. To succeed, he stressed that public-private collaboration was “vital” and “essential” in two key sectors: transport and energy, as sustainability in transport and journeys made by citizens, were based on reducing expenditure and on the gradual elimination of private vehicles, making travelling more efficient.

Similarly, Sánchez-Terán applauded the fact that young people had detected the dynamic optimism that the plan triggers: “In many countries it is the young people who are the most motivated. They understand that ultimately they have “their” agenda and know that if they join forces and demand that Government act accordingly, they will achieve the goals.”

“The 2030 Agenda inspires confidence and gives us optimism again, thanks to its open, motivating nature, the big impact that science and technology have in achieving the goals, and its long-term outlook. Globally there is no alternative,” he concluded.

During the session, the Sustainability Area coordinator from the Fundación Alternativas, Clemente Álvarez, analysed the relevant role of the SDGs, while the executive director of Ecodes, Víctor Viñuales, explained the situation Spain finds itself in with climate change and how it is promoting sustainable development.

The Spanish representative of the European Federation for Transport and Environment, Isabell Buschel, addressed the specific case of the transport and energy sectors in our country’s change of model.

For her part, Beatriz Lara, board member of GLOBANT, stressed the role of companies in sustainable growth, while Rodrigo Ruano, president of the student association ICAI Speed Club, presented some sustainable initiatives that have been implemented by this association, including some noteworthy projects for the design and construction of electric vehicles.

The main goal of the G2020 Platform is to better society based on the conviction that more informed citizens are the key to maximising our chances of overcoming the growing challenges entailed by the panorama we face.

This Platform believes that raising citizens’ awareness and knowledge is an essential step towards a democratic renewal and for renewing political and social values. This calls for practical approaches using collaborative intelligence in a society faced with profound changes. The pressing need for change presents extraordinary opportunities, but also major challenges in people's daily personal, professional and social lives.

Iberdrola has incorporated the Sustainable Development Goals (SDGs) defined by the United Nations for the 2015-2030 horizon into its business strategy and its sustainability policy, and it is a leader for its direct contribution to global objectives, particularly in its contributions in the field of energy and climate change.

In this sense, the company focuses its efforts on the supply of safe, sustainable and non-polluting energy, which has made it a world leader in wind technology. Moreover, Iberdrola has always been firmly committed to reducing emissions and decarbonising the economy. The company has set the new environmental goal of achieving a 50% reduction in its CO2 emission intensity by 2030 over 2007 levels, and of being carbon neutral by 2050.