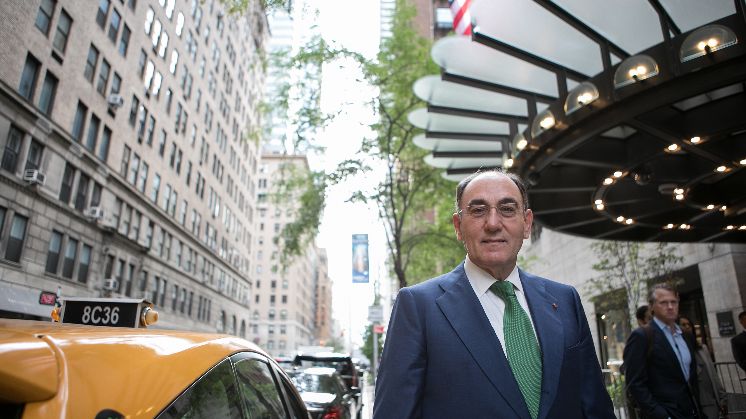 •    Iberdrola is the leader in US offshore wind, with 4.9 GW of projects in its pipeline

Iberdrola has formally concluded an agreement to take control of over 2,000 megawatts (MW) of US offshore wind capacity, consolidating its position as one of the largest developers of offshore wind in the country.

The company also has sole ownership of Park City Wind, an advanced 804 MW project in Connecticut with a PPA secured and BOEM permitting underway.

Additionally, Iberdrola also retains 50% of the 800 MW Vineyard Wind 1 project in Massachusetts, and the right to take control of the project during the operational phase. This will be the first commercial scale offshore wind farm operating in the US, following the start of construction in Q4 2021.

In total, Iberdrola’s investment in its US offshore pipeline could exceed $15 billion in the coming years.

Iberdrola has grown considerably in two decades operating in the US. The company’s subsidiary AVANGRID listed on the New York Stock Exchange six years ago, and it is now present in 25 states. Major investments in onshore renewables have built an operating capacity of more than 8,000 MW. The company manages more than 170,000 kilometres of power lines via eight utilities in New York, Connecticut, Maine and Massachusetts, serving a population of 7 million people, with 3.3 million direct customers.

As well as being one of the three largest wind and solar energy companies in the US, Iberdrola is now a leader in offshore wind, with a pipeline of 4,900 MW. It plans to invest more than $30 billion between 2020 and 2025 in transmission and distribution networks, and renewables, which will enable it to almost double its renewable capacity by 2025. These investments are aimed at increasing its presence in the offshore wind and solar sectors, as well as strengthening its leadership in onshore wind.

Through its subsidiary Avangrid, it also owns the Kitty Hawk development area (2,500 MW) in North Carolina, has already started the BOEM permitting process for the Kitty Hawk North project (800 MW), the first project to be developed in this area, and manages other wind farms at an earlier stage of development.

In Europe, Iberdrola is at the forefront of the offshore wind market with 1,300 MW of operational capacity in Germany (Wikinger) and the UK (East Anglia ONE and West of Duddon Sands) and almost 1,000 MW coming soon in Germany (Baltic Eagle) and France (St. Brieuc). In addition to the US, it manages a large portfolio of projects in the UK, France and Germany, as well as in new growth platforms such as Ireland, Sweden and Poland.

In the rest of the world, the company is consolidating new growth platforms in various regions, with a significant project pipeline in Asia (Japan and Taiwan), as well as in other emerging markets, such as Brazil.

Iberdrola recently launched a record investment plan of $175 billion over the next decade – close to $88 billion by 2025. These plans will allow the company to triple its renewable capacity to 95,000 MW and double its network assets, supporting the energy transition underway in the world's major economies.

Having already invested $140 billion over the past twenty years, Iberdrola is a leader in renewable energy with over 35,000 MW installed capacity, making its generation fleet one of the cleanest in the energy sector.