The General Shareholders’ Meeting registered a quorum of 76.1% and all proposals were approved with an average of 98.5% in favour 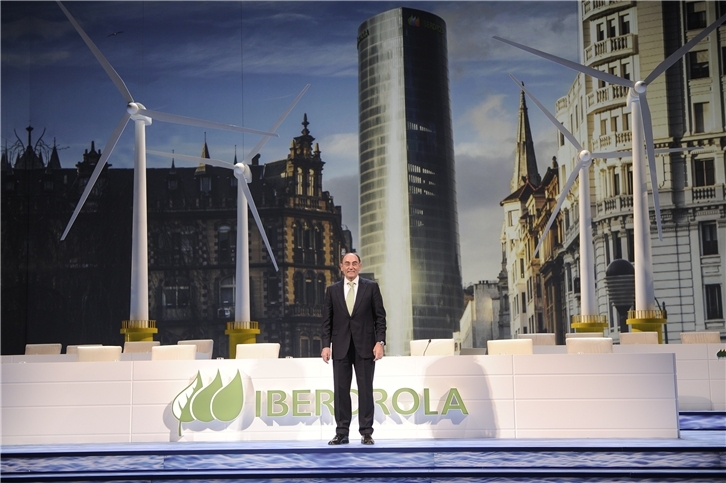 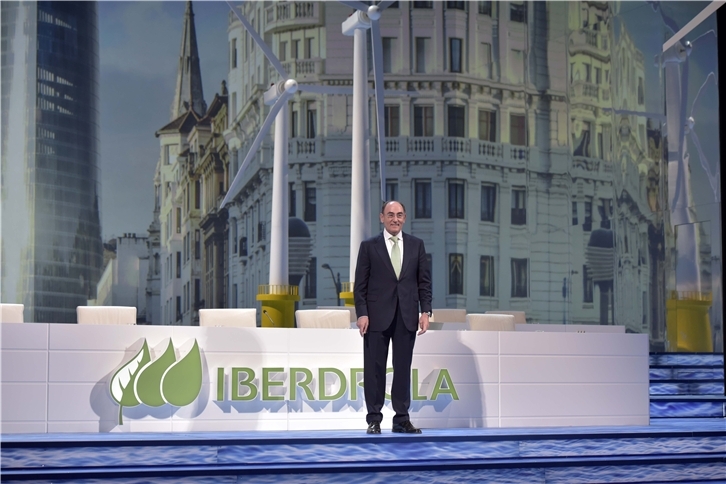 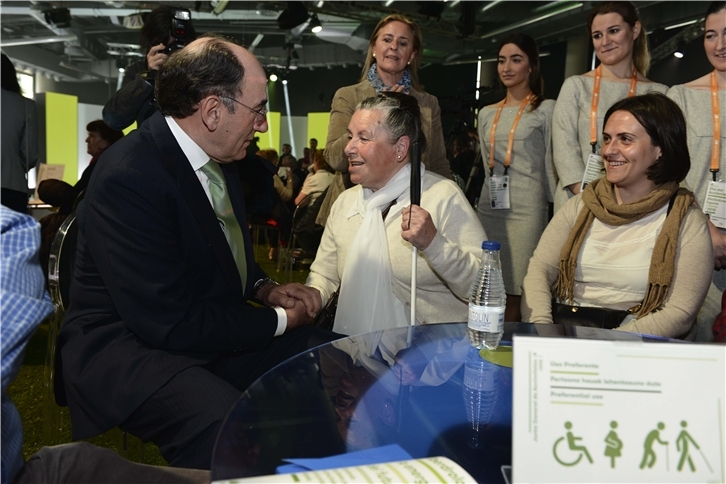 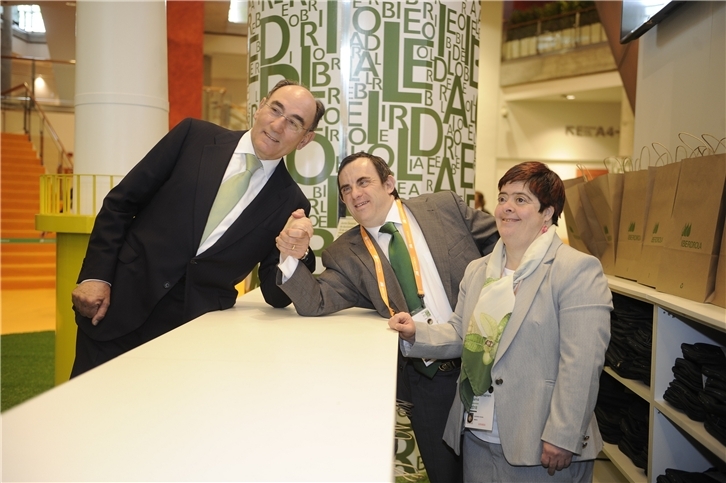 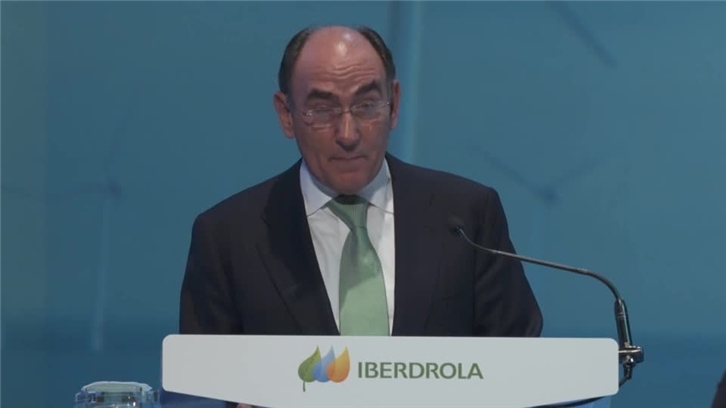 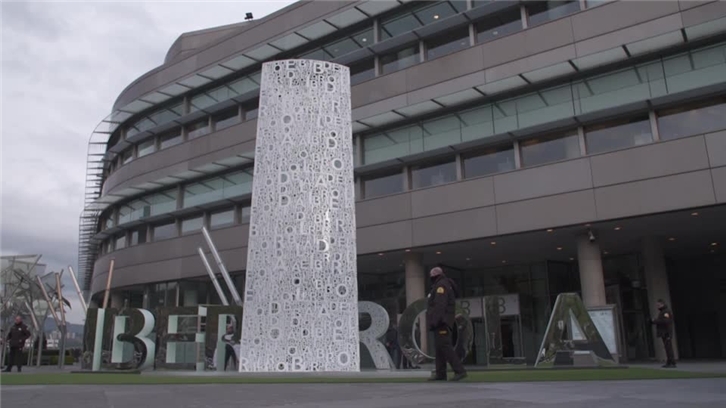 Iberdrola held its Annual General Meeting today in the Euskalduna auditorium in Bilbao. The group’s shareholders expressed their overwhelming support for Chairman Ignacio Galán’s management of the company.

The Meeting, which saw 76.1% of Iberdrola’s share capital represented, approved all the proposed resolutions on the agenda with an average of 98.5% of votes in favour distributed as follows:

During his presentation to shareholders, Galán gave his forecast for 2018 results: he estimates that group EBITDA will grow by more than 20% to exceed €9 billion, and that net profit will come in at nearly €3 billion. With this trend, the group Chairman foresees the dividend continuing to improve.

After reviewing the heavy capital expenditure undertaken by Iberdrola last year, amounting to €5.891 billion (+38%), the highest figure in the past nine years, the Chairman recalled the net profit obtained by the company in 2017, which came to €2.804 billion, 3.7% more than in 2016.

“With these results, the Board of Directors proposes to the General Shareholders’ Meeting an increase of 4% in shareholder remuneration, to €0.323 gross per share, which involves distributing a total of more than €2 billion among our shareholders,” Ignacio Galán announced, referring to the dividend for 2017.

This amount consists of the €0.14 gross per share already paid in January plus another €0.183 gross per share to be distributed in July. This shareholder remuneration will also be supplemented with an AGM attendance bonus of €0.005 gross per share.

Total shareholder return (TSR)[1] over the past three years amounted to 29%, which is more than that on the main benchmark stock exchange indices.

Furthermore this positive evolution is backed up by the 35 analysts who follow Iberdrola. They all recommend buying or holding the stock, with a target price almost 20% higher than the current listing.

Galán reviewed the company’s main achievements in 2017. Throughout the year, in accordance with its business model, Iberdrola continued to concentrate on its internationalisation and on the renewables, networks and energy storage business areas.

The group Chairman recalled the integration of the businesses in Brazil, which gave rise to the new Neoenergia, the country’s biggest electric utility and the leader in Latin America in terms of the number of customers, in which Iberdrola holds a 52.45% equity stake.

In the renewables business, highlights were the commissioning of 1,400 new megawatts (MW) and the start of construction of nearly 6,000 additional MW. Galán referred in particular to the start-up of the Wikinger wind farm in the German portion of the Baltic Sea, and to progress on East Anglia One, in the North Sea, commissioning of which is scheduled for 2020. These two projects illustrate Iberdrola’s firm bet on offshore wind generation and innovation.

In networks, 2017 was marked by the completion of the undersea connection between Scotland and Wales, known as the Western Link, with the capacity to supply four million households, and the installation of more than ten million smart meters in Spain, on the home straight of the STAR project.

Another of Iberdrola’s major areas of activity is energy storage, an outstanding example being the construction of the Tâmega hydroelectric complex in Portugal. With an investment of €1.5 billion, it is the biggest project of this type in the country’s history. At the same time, Iberdrola is developing initiatives with batteries in the United States, Spain and the United Kingdom.

In the long-term contracted generation business in Mexico, the company commissioned the new Baja California III combined cycle power plant, which increased Iberdrola’s production in the country by 11%, to 41,900 gigawatt hours (GWh).

One of the main themes in Galán’s presentation was the transition to a decarbonised economy and the necessary transformation of the energy sector, which “will be brought about by society’s demanding that the reduction of polluting emissions be speeded up in the face of evidence of their impact not just on the environment but also on health.”

The decarbonisation of the economy, to meet growing demand while at the same time confronting the challenge of climate change, will entail greater electrification. The Chairman of Iberdrola considered that in this scenario it will be essential to develop more renewables and more networks, for which worldwide capital expenditure of €20 trillion will be required between now and 2040.

Ignacio Galán asserted that “we are now a global benchmark in the fight against climate change. An effort constituting not only a moral imperative, but also one that has provided and continues to provide great business opportunities.” He also stressed, as he had done in the last Climate Summit, held in Bonn, the urgency of the problem and the need to move on from words to action.

In this regard he referred to the recent report of the Committee of Experts for the Climate Change and Energy Transition Act, praising the broad consensus achieved for its approval.

Galán also presented to the General Shareholders' Meeting the group’s plans for the period 2018-2022, which include investments of €32 billion. Of this amount, 50% will be for distribution networks and 37% for renewables.

As a result of these investments, the value of Iberdrola’s regulated assets will reach €40 billion at the end of the period, an increase of nearly 40%; installed capacity in renewable energy will increase by 24% to 36,000 MW and storage capacity will increase by 25% to 100,000 megawatt hours (MWh).

As regards forecast results for the next few years, Ignacio Galán confirmed that the group’s gross operating profit (EBITDA) in 2022 will be close to €12 billion and net profit will be around 30% more than that obtained in 2017.

“With these forecasts we will be able to maintain our policy of increasing remuneration for shareholders in line with the increase in profits, which will involve increasing the dividend per share to €0.40 and distributing a total of €2.5 billion among all of you,” said the Chairman of the company. Iberdrola’s dividends for the period 2018 to 2022 will thus amount to nearly €12 billion, compared with the €9 billion of the previous five-year period.

Ignacio Galán informed the Company’s shareholders that over the course of last year the company had also increased its social dividend, a concept incorporated into its By-laws by the 2017 AGM.

He highlighted job creation, with 4,111 new hirings in 2017 alone, which together with the 6,000 personnel incorporated in Brazil make up a total workforce of around 34,000. The company’s commitment to stable, quality employment is reflected in the fact that 99.7% of the workforce in Spain have fixed contracts.

One of the ways in which this commitment finds expression is Iberdrola’s bet on young talent, as reflected in the incorporation of 900 scholarship holders and apprentices. Another is the launch of the ‘Iberdrola U’ programme which encompasses agreements with the major universities of the regions where the group operates, such as the Massachusetts Institute of Technology (MIT), Instituto Tecnológico de Monterrey and Universidad Pontificia Comillas.

Galán also assured the shareholders that “we think about our employees’ future”, for which reason “we are studying measures to supplement the pensions they will receive from the Social Security.”

The Chairman of Iberdrola also referred to the commitment to gender equality, pointing out that over the past ten years the number of female managers had increased tenfold, now surpassing 800. Ignacio Galán recalled that the group is the prime mover behind the ‘Universo Mujer’ programme, which benefits 20,000 sportswomen from 15 federations.

During his presentation in the Euskalduna auditorium, Galán also reviewed the purchases of goods and services made from suppliers by the company during 2017, the value of which amounted to €8.7 billion - or more than €20 billion if raw materials for energy are included. “In Spain a total of more than 85,000 people work for us, nearly 14,000 of them from this region,” he added, referring to suppliers in the Basque Country.

As for the group’s tax contribution, it amounted to €14 billion last year, of which €7.111 billion correspond to taxes deposited in the public coffers of the various countries due to the direct impact of the company's activities. In Spain alone, the total tax contribution was €5.949 billion.

All this without losing sight of the bet on innovation, to which Iberdrola dedicated €246 million in 2017, 17% more than in the previous year.

As well as thanking the company’s shareholders, employees and trade unions, Ignacio Galán also acknowledged the work performed by the Company’s Board of Directors and welcomed Anthony Gardner to the group’s highest management body, replacing Braulio Medel, who leaves after twelve years of dedication to the company during which he always made a valuable contribution.

The Chairman of Iberdrola also had a few words of remembrance for Manuel Marín: “It was a true honour to have a collaborator of this level both personally and professionally”, highlighted Galán when referring to his work at the front of the Iberdrola Foundation.

This communication contains forward-looking information and statements about IBERDROLA, S.A., including financial projections and estimates and their underlying assumptions, statements regarding plans, objectives and expectations with respect to future operations, capital expenditures, synergies, products and services, and statements regarding future performance. Forward-looking statements are statements that are not historical facts and are generally identified by the words “expects”, “anticipates”, “believes”, “intends”, “estimates” and similar expressions.