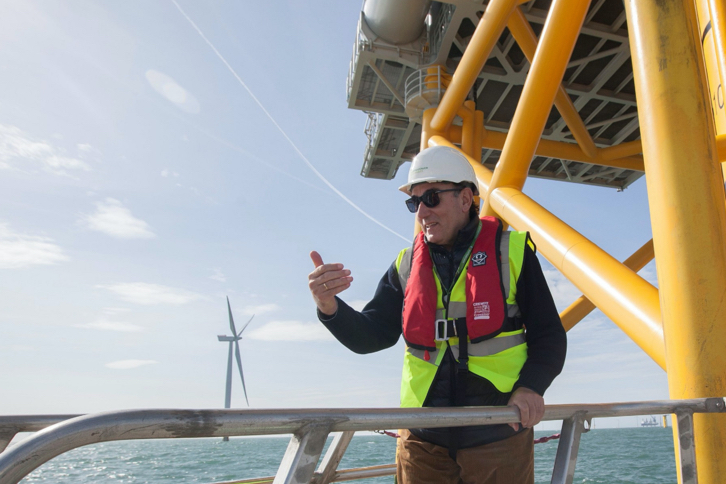 Iberdrola chairman, Ignacio Galán, in one of the company's wind farms. 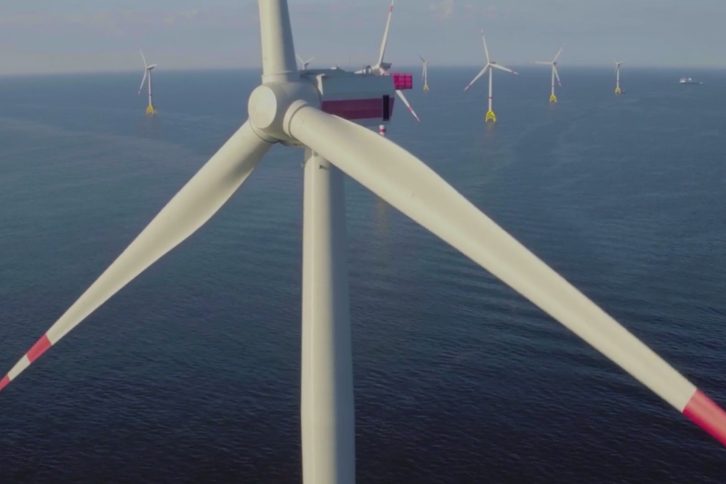 Iberdrola, through its subsidiary ScottishPower, and Shell have joined forces and are pooling their experience to launch the first large-scale floating offshore wind farms in the United Kingdom. Both companies are bidding on several proposals to develop these pioneering installations to the northeast of Scotland within the ScotWind Leasing programme convened by Crown Estate Scotland and the deadline for submission was today.

ScotWind Leasing is the first round of seabed auctions for the development of wind energy in Scottish waters in more than a decade and will grant ownership rights to develop new large-scale offshore wind projects, including, for the first time, floating wind power. Crown Estate Scotland is expected to announce the results of this new round in early 2022.

With decades of experience working offshore, a significant presence in Scotland and a track record of delivering some of the world's most complex and innovative energy infrastructure projects, Iberdrola's UK subsidiary and Shell form the optimal team to bring these new projects to fruition.

Floating offshore wind - a relatively new technology still under development - is particularly suitable for deeper water areas, where it is not possible to install fixed foundations. This makes it an ideal solution for developing floating offshore projects in Scottish waters, which will become increasingly important within the United Kingdom's energy mix, as it adds more and more renewables to comply with the Net Zero targets.

ScottishPower's CEO, Keith Anderson, explained that "the combined knowledge, experience and know-how of ScottishPower and Shell makes this alliance ideal to lead the development of large-scale offshore floating wind farms, creating a new green industry with huge potential to export skills and expertise globally and help the UK to decarbonise its power generation".

"With the United Nations COP26 climate change summit in Glasgow just months away, ScotWind will help to create a new floating wind industry, which will play a crucial role in setting the country on the path to a cleaner, more sustainable future," added Anderson.

David Bunch, the president of Shell UK, added: "If our bid is successful, Shell and ScottishPower are committed to working with Scottish communities and businesses to help develop the supply chains and expertise that will make Scotland a world leader in floating wind energy. At Shell we are continuing to increase our capacity to generate, market and deliver cleaner energy for our customers and to play our part in the UK's energy supply towards climate neutrality".

Iberdrola operates more than 1,300 MW of wind power, in the German Baltic (Wikinger) and in the United Kingdom (East Anglia One and West of Duddon Sands). This capacity will double in the coming years with projects developed in Germany (Baltic Eagle), France (Saint-Brieuc) and, in the US, on the coast of Massachusetts, United States (Vineyard Wind I).

The significant expansion of Iberdrola's portfolio of offshore wind projects in the last twelve months - 20,000 MW by the end of the first quarter of 2021 - strengthened by new growth platforms in countries like Japan, Poland, Sweden and Ireland, will enable the group to amass 12,000 MW of offshore wind in operation by 2030.

Iberdrola has been leading the energy transition for two decades and acting as a key driving force in the transformation of the industrial fabric and the green recovery of the economy and employment. The company has launched a historic investment plan worth 150 bn euros over the next decade - 75 billion euros by 2025 - to triple renewable capacity and double network assets and take advantage of the opportunities offered by the energy revolution facing the world's leading economies.

Having invested €120 bn in the last twenty years, Iberdrola is a leader in renewable energy with nearly 35,000 MW installed; a volume that makes its generation park one of the cleanest in the energy sector.

With its emissions of 28 kg CO2/kWh already two-thirds lower than the European average, its strategy of investing in clean energy and grids will lead Iberdrola to be a “carbon neutral” company in Europe by 2030.