"In the past, players didn't get paid. Now all that's left is to be paid as coaches"

Helen Roca and María Ribera, Maribí, fell in love with rugby at university. Now, they are both coaches in the División de Honor Femenina (the top Spanish league competition for women) and faced each other at the Liga Iberdrola final in 2019. As players, María has got an Olympic diploma and Helen played in three world championships. But neither can earn a living from sport and they have to combine their passion with other jobs. 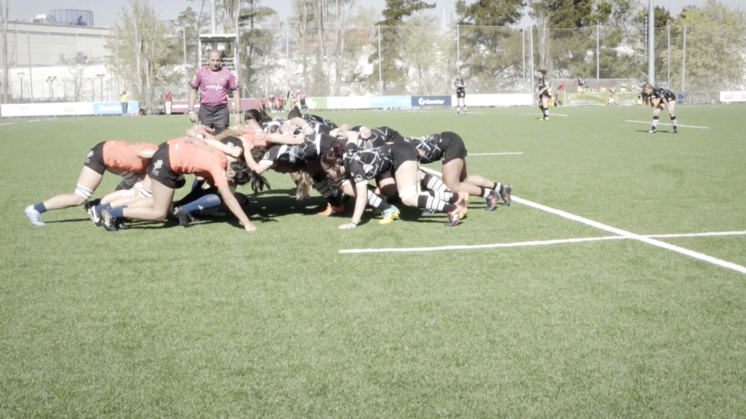 Helen Roca and 'Maribí' Ribera have always fought to get people to take women's rugby seriously.

GET TO KNOW HELEN ROCA AND 'MARIBÍ' RIBERA

Helen Roca, CRAT's coach in La Coruña: "Rugby is a hobby for me. So far, we can't make a living from it."

Helen Roca: "I work as a sports officer at Mesía town council and I juggle both jobs. I try to arrange my work day so that I can be at the training sessions..."

Maribí Ribera: "When it comes to my salary, I just about make ends meet. I often have to dip into my savings and I think that's something that should change."

[Final of the Iberdrola rugby league 2019: in the changing room]

"Never again will we know when we're going to play in the final. Struggle, excitement and humility! Go for it, girls! A whole crowd of supporters has turned up to spur us on."

Maribí Ribera: "I do whatever I have to. I've put absolutely everything on the line, and my only aim being on the field is to be one of the team."

"There are teams that can sign players, give them houses, give them things, means... We had to go through this situation and we stuck with it right to the end".

Helen Roca: "I love watching them. I look at them and the happiness on their faces is what gives me the strength to carry on. Not for me, but for them, to be able to see them happy and playing rugby."

"I wish they could become professionals, because that's what these players really deserve. If with the high demands they make on themselves — personally, just because they want to do it — we can get to this level, just think what might happen if the Iberdrola League manages to attract other sponsors."

[Final of the Iberdrola rugby league 2019: After the match]

Helen Roca: "It's been ages! Thank you very much".

Maribí Ribera: "In the past, we as players didn't get paid, and now they do. Now all that's left is to be paid as coaches".

Helen Roca: "We have to make sacrifices in our private lives to help our teams... so..."

Maribí Ribera: "But well. Little by little, life will change, don't you think?"