'Electricity for all' Programme

'ELECTRICITY FOR ALL' PROGRAMME

Iberdrola group has set an objective in the Electricity for all programme to provide electricity to more than 16 million people who currently do not have access by 2030.​​​​​​​

The 'Lights of Hope' programme in Huasteca Potosina (Mexico). 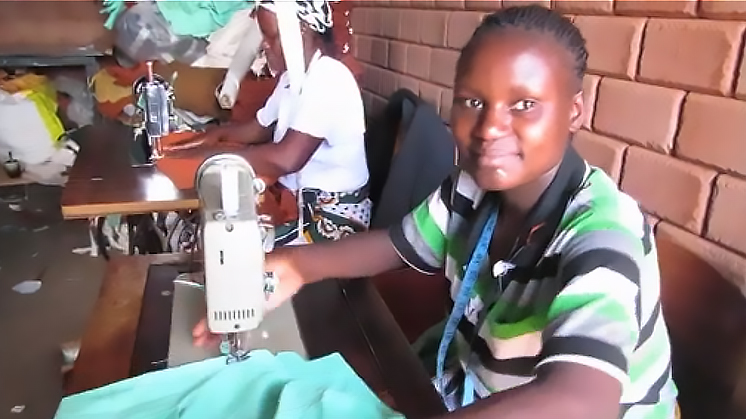 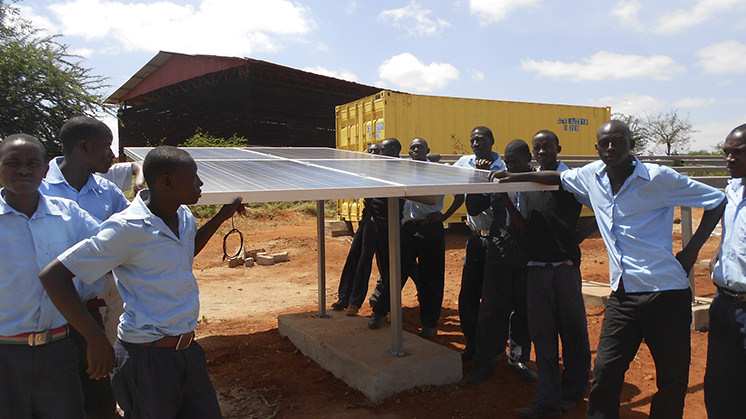 Committed to the Sustainable Development Goals

Today, there are calculated to be around 860 million people with no access to essential power services, which negatively influences their quality of life and opportunities for development.

With the Electricity for all programme, we are responding to the call made by the international community to bring universal access to modern forms of power, with provision models that are environmentally sustainable, economically viable and socially inclusive, linking its purpose with SDG 7.1. The Electricity for all programme aims to ensure access to electricity in emerging and developing countries, as well as vulnerable people in developed countries. The company recently signed a new sustainable loan for 1.5 billion euros linked to those objectives.

This ambitious initiative is centered on performing sustainable electrification actions, so we take advantage of our technical, logistical, organisational and financial capacity.

Electricity for all has four lines of action:

From the launch of the Electricity for all programme in January 2014, we have contributed to 8.2 million people benefiting from access to electricity through projects carried out in different countries in Latin America and Africa, fulfilling our commitment for 2020 two years ahead of schedule. By the year 2030, we hope to triple the number of beneficiaries.

ELECTRICITY FOR ALL PROGRAMME

Electrification of school
and dispensary

Nearly 270,000 homes in Mexico do not have access to electricity, according to the 2020 Population and Housing Census of the National Institute of Statistics and Geography (INEGI).

External link, opens in new window. (Lights of Hope), a project that will bring electricity to 60 rural communities in Mexico — in the states of San Luis Potosí and Oaxaca —, thanks to the installation of solar panels in homes, schools, health centres and community areas. The programme, carried out in two phases, has an investment of 60 million Mexican pesos and will benefit 12,000 people over the next five years.

The first phase took place in 2019, when Lights of Hope reached communities in Huasteca Potosina

External link, opens in new window. and four community spaces will be electrified in 36 communities of five other locations.

In 2020 the project was brought to the municipality of Pochutla

External link, opens in new window., near the Oaxaca coast, to install 95 pieces of equipment that will provide solar energy to homes in nine communities, benefiting 380 people.

'Lights of Hope' brings electricity to Pochutla, on the coast of Oaxaca.

'Lights of Hope' brings electricity to Pochutla, on the coast of Oaxaca.

In these towns, workshops are also given — along with the ConcentrArte organisation — on environmental education and energy generation, aimed at children and adults, and coexistence activities are carried out aimed at strengthening social cohesion.

The progress of its results will be accompanied by the United Nations Development Programme (UNDP), the umbrella agency for the Sustainable Development Goals (SDOs), which will document its contribution to the achievement of Agenda 2030.

LIGHT FOR ALL (BRAZIL)

"The right to live in the country with dignity." This phrase, from Julinda dos Santos, Biquinha, is a good representation of the Light for All programme being undertaken by Neoenergia* in conjunction with the Federal Government of Brazil to promote universal access to electricity in rural areas.

Biquinha is one of the 2.4 million people to benefit from this programme in the state of Bahía since its implementation in 2004 up to September 2020

Within this programme, Iberdrola's Brazilian subsidiary has brought electricity to the Indians in the village of Patiburi

External link, opens in new window., situated in Belmonte (south of Bahia). The initiative has benefited 25 families of Tupinambá origin, the first inhabitants of Brazil, and has made the functioning of a school possible, to be attended by some 30 children of the community.

To achieve this, 256 posts have been installed together with medium and low voltage lines and seven transformers. 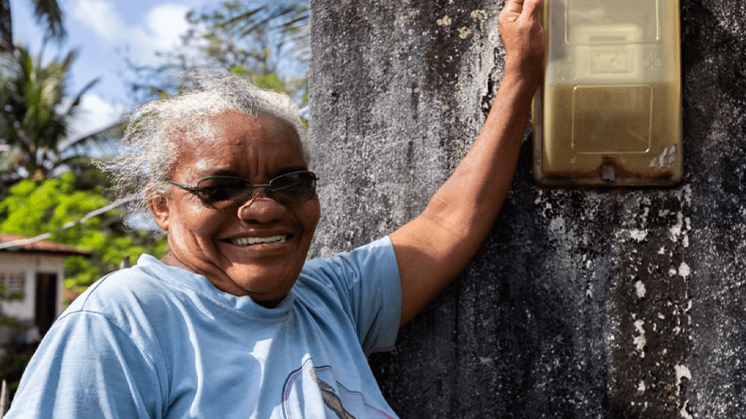 Biquinha, a beneficiary of the "Electricity for All" programme in Brazil. 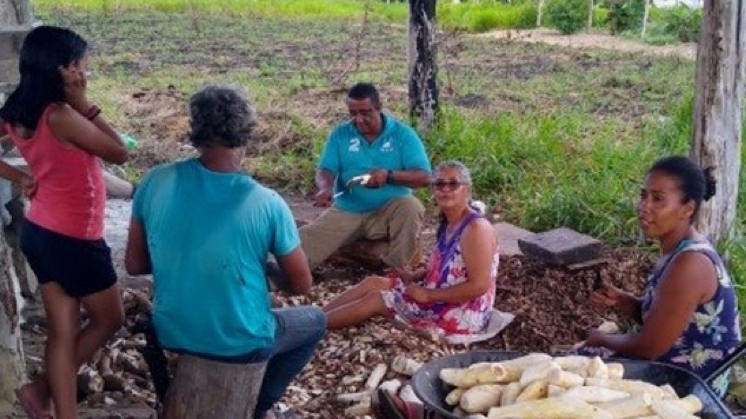 IBERDROLA WITH THE REFUGEES

Iberdrola has joined the first public-private partnership set up to bring electricity to the refugee camps, Alianza Shire, which promotes the achievement of the Sustainable Development Goals. This initiative is particularly connected to goal 7, which aims to ensure access to affordable, reliable, sustainable and modern energy for all; and goal 17, which aims to strengthen the means of implementation and revitalize the global partnership for sustainable development.

Thanks to its commitment to SDG 17, Alianza Shire has been honoured in the go!ODS Awards, organised by the Spanish Global Compact Network — the biggest initiative backed by the United Nations to progress towards private sector sustainability — and the Rafael del Pino Foundation.