Iberdrola group is the top producer of wind power in the world and a leader in renewable energy at the global level, thanks to its investments of 120 billion euros in the last 20 years, to which other €75 billion will be added until 2025 — increased to €150 billion in 2030, 90 % of which is aligned with the EU green taxonomy. Within its commitment to the UN Sustainable Development Goals, the company focuses particularly on SDG 7, Affordable and Clean Energy, and is working to bring electricity to everyone and to optimise energy use. 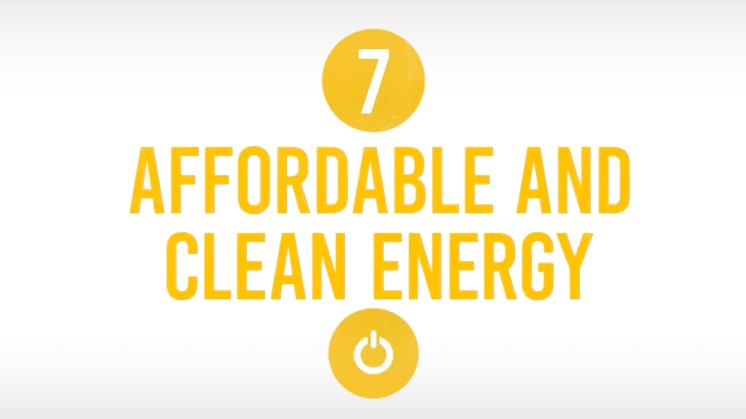 OUR CONTRIBUTION TO SDG 7: AFFORDABLE AND CLEAN ENERGY

Iberdrola group is committed to leading the energy transition, a task that it began 20 years ago, and in which it has invested €120 bn since then, making it the world leader in renewables (world leader in wind power, with more than 20 GW of own installed capacity1). These investments — aimed at electrification of the economy, innovation and technological advances and greater consumer connectivity — will be supplemented by a historic investment plan for a further 75 billion by 2025, now increased to 150 billion by 2030, which shall be invested to achieve an installed renewable capacity of 60 GW by 2025 and 95 GW by the end of the decade, thus tripling the current figure. Likewise, 90 % of this long-term plan is aligned with the European Union taxonomy for mitigating climate change.

80 % of the group's installed capacity comes from emissions-free sources1. Furthermore, the company generates 100 % of its energy with zero emissions in countries such as the United Kingdom, Germany and Portugal.

The offshore wind farm East Anglia ONE, in British waters in the North Sea, is the biggest wind facility in Iberdrola's history and one of the largest in the world in its class, with 714 MW. It is run by ScottishPower

External link, opens in new window., the group's UK subsidiary, which is currently the only 100% renewable electricity company in the country.

Energy efficiency: 73.7 million tonnes of CO2 emissions avoided over the last three years2. In addition, the company has committed to become carbon neutral by 2030 in Europe, where its emissions for the period are already only 43 g/kWh, and reduce its global CO2 emissions to 50 g/kWh by the end of the decade, becoming carbon neutral globally by 2050.

Electricity for all: since the launch of the programme in January 2014, Iberdrola has brought electricity to 9.6 million people who previously had no access to this energy source, through projects based on modern forms of energy and with environmentally sustainable models developed in a number of Latin American and African countries. By 2030, the company has set itself the target of increasing the number of people benefiting to more than 16 million.

External link, opens in new window., in conjunction with Iluméxico, to bring electricity to 60 rural communities in Mexico, thanks to the installation of solar panels in homes, schools, health centres and community areas. The programme involves an investment of 60 million Mexican pesos and will benefit 12,000 people.

Vulnerable customer protection procedures: 100 % cover for customers in a position of vulnerability in Spain. Warm Home Discount Programme and Price Cap in the UK. Operation Fuel in Connecticut (USA).

A pioneer in Socially Responsible Investment, the group has become an international benchmark in green finance with more than 13.2 billion euros issued in green bonds since 2014. In fact, during the first quarter of 2022, Iberdrola reopened the fixed-income Euromarket with a €1 billion green bond issue with a 10-year maturity.

2 Data taken from the Sustainability Report.

The utility of the future

We are 20 years ahead in the current energy transition to face the challenges of climate change.

Iberdrola group has invested over 100 billion euros in renewable energy over the past 20 years.

We are leading the Flagship project to advance floating offshore wind power.

Hydrogen extracted from renewable sources is the key to achieving decarbonisation for the planet and meeting the climate proposals for 2050.

What is offshore wind energy?

Offshore wind energy is a clean, renewable source of energy obtained by harnessing the force of the wind produced on the high seas.

Blockchain in the energy market

Iberdrola is launching a project based on blockchain to accredit the green origin of energy.

Committed to the Green Recovery

WHAT IS SUSTAINABLE DEVELOPMENT GOAL 7: AFFORDABLE AND CLEAN ENERGY?

SDG 7 seeks to ensure access to affordable, reliable, sustainable and modern energy for all. This means doubling the global rate of energy efficiency improvements, as well as substantially increasing the percentage of renewables in the energy mix.

WHY IS IT SO IMPORTANT TO ACHIEVE SDG 7: AFFORDABLE AND CLEAN ENERGY?

Some 840 million people, over 10 % of the world's population, live without electricity1 and a further billion are connected to unreliable and unstable power networks2. Today, almost 3 billion people in Asia and the Southern Sahara still use polluting fuels for cooking (wood, charcoal, dung or soft coal)3. This represents 40 % of the population of the world.

This lack of access to reliable and sustainable energy creates serious problems both for human beings and for the environment. The UN reckons that four million premature deaths result as a consequence of air pollution derived from the burning of biomass for cooking and heating. The UN also claims that energy use constitutes 60 % of total global emissions of greenhouse gases (GHG), the main factor leading to climate change.

Facing up to this situation has become a vital goal on an international scale, which is why the UN has declared it necessary to ensure access to affordable, reliable, sustainable and modern energy for all as the SDG 7 of its 17 Sustainable Development Goals, approved in September 2015 as part of the 2030 Agenda.

IBERDROLA ALIGNED WITH THE SDG

WHO DOES IT AFFECT?

840 million in the world live without electricity

One billion people are connected to unreliable and unstable electricity networks.

HOW IS THIS DISTRIBUTED AROUND THE WORLD?

The 10 countries with the highest number of people living in rural areas and without access to electricity are concentrated in Sub-Saharan Africa:

Lack of affordable resources, above all in underdeveloped countries; insufficient investment in the energy sector; and high production costs.

HOW CAN WE PUT AN END TO IT?

We have to increase funding to ensure access to an affordable, reliable and sustainable energy system; invest in renewable energy sources; promote transport modes with reduced energy consumption; and introduce energy systems based on biomass, geothermal or solar energy.

Despite the number of people in the world without access to electricity having reduced by more than half since 2000, it is vital to keep working to end this situation, otherwise by 2030 there will still be 674 million people living without electricity and 2.3 billion people using polluting cooking methods.

For this reason, the specific targets set for 2030 are: