We are driving forward energy efficiency in all our products, services and activities

Iberdrola group promotes eco-efficiency by reducing environmental impacts in all its activities, facilities, products and services. We are committed to sustainable mobility, efficiency in buildings and the enhancement of cultural heritage through sustainable lighting projects. 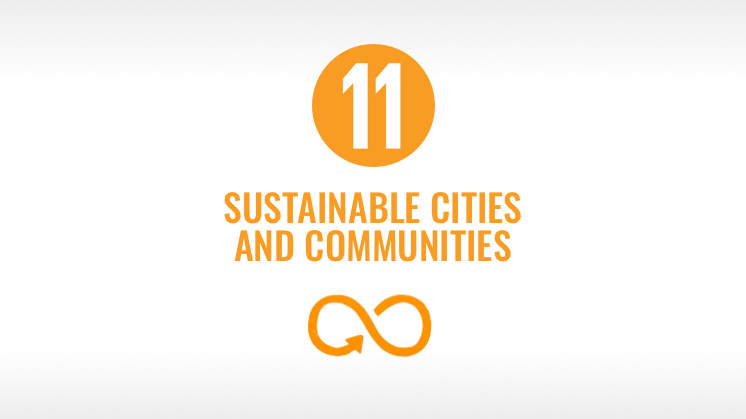 OUR CONTRIBUTION TO SDG 11: SUSTAINABLE CITIES AND COMMUNITIES

A world benchmark in the fight against climate change: our aim is to be zero carbon in Europe by 2030 and reduce our global CO2 emissions by 86 % — to 50 g/kWh — by the end of the decade, becoming carbon neutral by 2050 at a global level.

Committed to energy efficiency in buildings: the Torre Iberdrola, the Iberdrola Campus and Ochil House, the headquarters of ScottishPower — the group's UK subsidiary — are a symbol of the company's commitment to sustainability and energy efficiency. We are working on enhancing the performance of the climate control (heating and cooling), thermal insulation and lighting in the buildings, and the automation of their associated facilities.

Sustainable Mobility Plan: we are leading the transition towards sustainable mobility and transport electrification. We pursue emissions reductions, the drive for energy efficiency, improvements in the quality of life for the people where the group operates and raising awareness among our employees. The group has set a target of installing 150,000 charging points for electric vehicles by 2025. It also aims to have of a fleet of more than 3,500 fully electric vehicles in Spain and the UK by 2030.

Our International Startups Programme - PERSEO promotes smart solutions for domestic, commercial and industrial customers, as well as electric mobility and other solutions. To do this, the €70 million for this initiative was supplemented by a further investment of €40 million in 2020 to launch — through its Perseo Venture Builder unit — innovative industrial firms working in new areas of electrification and in difficult-to-decarbonise sectors.

Efficient products and services: we are working non-stop to develop new products and services that promote efficiency, energy saving and the protection of the environment. These include: Smart Mobility, Smart Home, Smart Solar, Customised plans, Energy Wallet and PowerUp.

We are throwing light on our cultural heritage: the group undertakes different lighting projects for artistic monuments and unique buildings. The intention is to contribute towards the appreciation of heritage, help with energy efficiency and reduce environmental pollution.

SDG 11 seeks to make cities more inclusive, safe, resilient and sustainable. This means guaranteeing access for all to adequate housing and basic services; assuring accessible and sustainable urbanisation and transport, and safeguarding the world's cultural and natural heritage, among other targets.

WHY IS IT SO IMPORTANT TO ACHIEVE SDG 11: SUSTAINABLE CITIES AND COMMUNITIES?

Although the growth of cities provides opportunities, well-being and prosperity for many, it also leads to large financial, social and environmental inequalities. A billion people live in slums and marginal neighbourhoods (the majority in East and South-east Asia). These are densely populated, have poor hygiene and are susceptible to violence and social exclusion. This trend, far from diminishing, has increased. Though it is true that the percentage of people living in marginal neighbourhoods fell between the years 2000 (28 %) and 2014 (23 %), it has been growing since then (especially in Northern and Sub-Saharan Africa and Western Asia), rising to 24 % in 2018.

Furthermore, although the world's cities occupy only 3 % of the total surface area of the planet, the UN points out that 70 % of all greenhouse gas (GHG) emissions come from urban areas, which are for the most part badly designed, with inadequate public transport and high energy consumption. This means that, since 2016, 90 % of city dwellers have been breathing air that does not meet the standards set by the World Health Organisation.

Yet metropolitan areas drive economic growth, contributing to almost 60 % of global GDP. In fact, UN-Habitat assures us that well-governed and well-planned cities can help to combat global challenges such as poverty (SDG 1) and climate change (SDG 13). Because there is room in the world for a different type of city: more compact, sustainable and resistant to the effects of climate change.

These urban hubs — proposed by the UN in its Sustainable Development Goals (SDG 9) — base their economic growth and public well-being on sectors including innovation, research, the building of sustainable infrastructure, and more inclusive and environmentally friendly industry. The concept of sustainable infrastructure refers to systems and equipment that provide essential public services — roads, bridges, phone masts, generation facilities and power transmission — that comply with sustainability principles in all senses, i.e. that respect the environment from beginning to end, as well as being sustainable in economic, financial, social and institutional terms.

The outbreak of COVID-19 has been especially fuelled in cities: over 90 % of coronavirus cases occur in urban areas. The pandemic is being brutally hard on the billions of inhabitants of marginal areas who have zero or limited access to water, sanitation and waste management. This is made worse by crowded public transport and poor health facilities. Reliable basic services, safe public transport and open spaces are needed to be able to safeguard the health of city populations.

Only half the global urban population has access to public transport, according to 2019 data from 610 cities in 95 countries. Reliable and accessible public transport does not just reduce air pollution and traffic, it also encourages productivity and inclusion.

The rapid growth of cities and megacities — urban hubs with over 10 million inhabitants (as of today there are 34, home to 13 % of the world's population (UN, 2020) and, by 2035, the UN calculates that there will be 48) — makes it essential to pay special attention to urban areas. This is why, achieving more inclusive, safe, resilient and sustainable cities is SDG 11 of the 17 UN Sustainable Development Goals, approved in September 2015 as part of the 2030 Agenda.

Iberdrola with the sdg

Who does it affect? 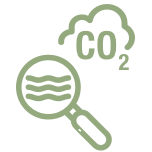 70 % of all greenhouse gas (GHG) emissions come from urban areas...

Causing the death every year of 8.8 million people as a result of air pollution.

How is this distributed around the world?

The rapid growth of cities in less developed countries; the increase in migration from the countryside to the city; the greater competition for natural resources, such as land and water; the lack of funds to provide basic services; and the deterioration of infrastructures.

How can we put an end to it?

We must ensure access to safe, affordable housing; we must improve the slums; it is necessary to invest in public transport; create green public areas; and implement measures to make urban planning and management participatory and inclusive.

The specific targets set for 2030 are: