Robotisation and the great value of human skills

The value of emotions versus robotisation

In a couple of decades — maybe less — robots will do many of the jobs that humans now do. But before we set the alarms bells ringing, let's listen to the experts. They say that in this man-machine race, human beings have a competitive advantage: emotional intelligence. 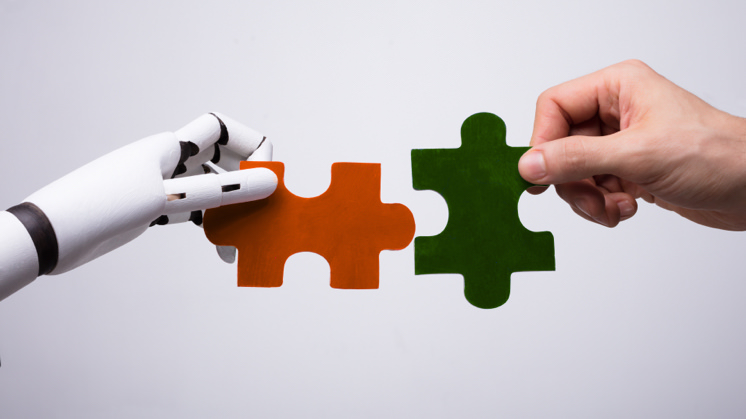 Tasks requiring emotional intelligence skills will continue to be performed by humans.

THE IMPACT OF ROBOTISATION ON THE WORKPLACE

Robots are already here and, while no one knows for certain the impact robotisation will have on the workplace in the coming decades, current data can give us some clues. For example, a report by McKinsey Global

External link, opens in new window. stated that, until 2030, 800 million workers could lose their jobs to robots and cobots. Many activities currently carried out by humans can potentially be automated. Which ones? The most physical, mechanical and repetitive. The sectors most affected will be manufacturing, transport and logistics. But this is just one side of the coin.

On the other, we find two certainties. The first is that countering the jobs lost, many will be created. The report [PDF] External link, opens in new window. The Future of Jobs produced by the World Economic Forum pointed out the most prominent profiles: data analyst, Artificial Intelligence specialist, software developer, among others. The second has to do with what James Timbie, an academic at Stanford University, said: "Many routine jobs will be gradually taken over by machines, leaving the more complicated tasks to humans with interpersonal skills. Therefore, the tasks that will remain in the hands of humans will be those that require skills that, at the moment, are not within the reach of machines. We're talking about areas like education, health and art.

The combination of these three disciplines will shape the future of the world of work, but it is Artificial Intelligence which, perhaps due to the influence of literary and cinematographic works of science fiction, inevitably makes us think of the gradual substitution of human labour by humanoid. MIT researcher Joseph Paradiso, believes that it is difficult for something like this to happen and clings on to one of the inherently human skills to justify it: "Creativity is a human ability that machines will probably never be able to fully develop, and therefore, one of the fields in which there will be more job opportunities in the future." 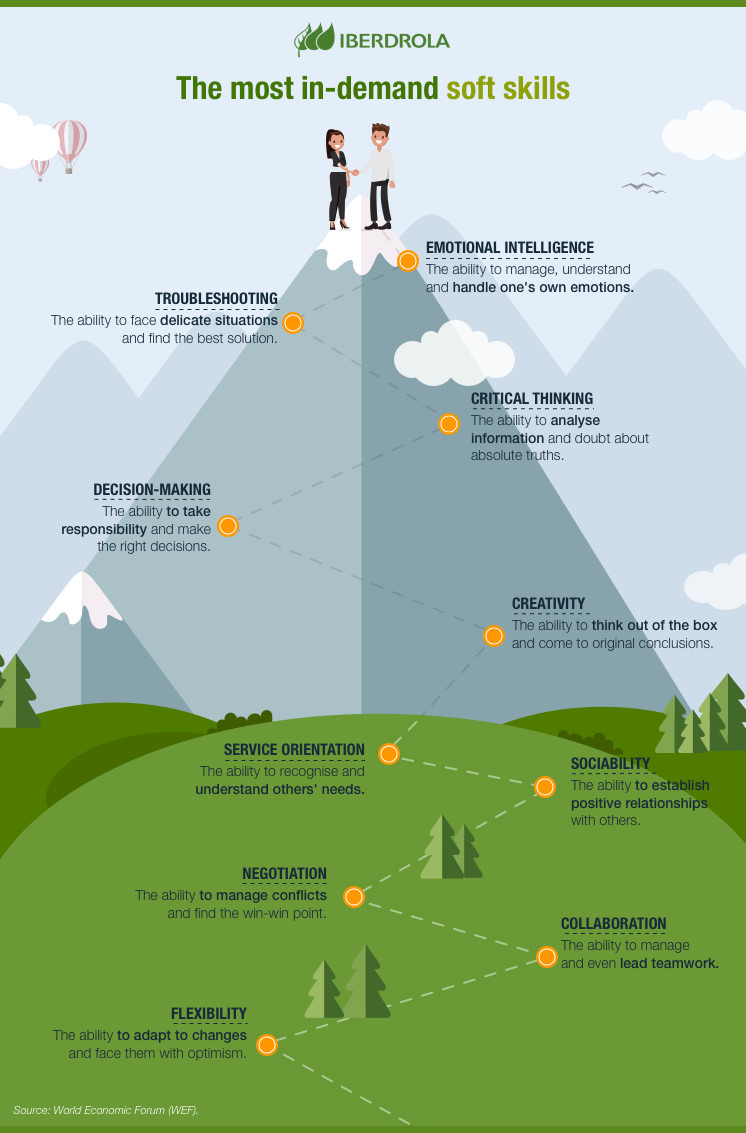 The most in-demand soft skills.

INTERPERSONAL SKILLS AS A COMPETITIVE ADVANTAGE

In this context, and as Timbie pointed out, interpersonal skills are presented as a clear competitive advantage over robotisation in the workplace. These skills, also known as soft skills, are those that involve emotional intelligence, that is the ability to effectively manage our emotions, to recognise those of others and to establish positive relationships with others. We are talking about creativity, collaboration, flexibility, negotiation and other skills that, when applied to the world of work, translate into people capable of finding the best strategies to achieve success.

The recognition of these skills is now reaching its peak, but they have been appreciated since before robotisation was evident, as is illustrated by various studies. This was shown, for example, by a study conducted by the Stanford Research Institute and the Carnegie Mellon Foundation in 2008. The 500 CEOs consulted assured that 75% of success at work in the long term will be due to soft skills and only 25% to technical skills. In 2011, a survey conducted by Career Builder among heads of HR departments confirmed the managers' perception. The data, which we will break down below, reflected a persisting trend in the selection process: appraising the social performance of their future workers as well as their technical knowledge.

These data are not the result of chance. It has been shown that employees with high levels of emotional intelligence cooperate more with their colleagues, manage day-to-day stress better, resolve work conflicts more easily and learn from their mistakes. Emotional intelligence thus becomes the last great human bastion against robotisation.