'Unveiling Memories', Spain in the independence of the USA

American independence was an event of great historical and political significance that led the way towards our modern western democracies. But little has been said about the contribution of Spain and Hispanics to this event, which was decisive for the colonists' triumph. Between 1775 and 1781, the Hispanic monarchy sent more than 3 million pesos (3 trillion dollars at the current exchange rate) in weapons, blankets, uniforms and loans to George Washington's army, as well as thousands of soldiers and sailors from Spain and from its American territories to fight alongside the rebels. Now, Unveiling Memories, a book and a website promoted and sponsored by Iberdrola, are coming out with the aim of recovering this shared Hispanic and American history. 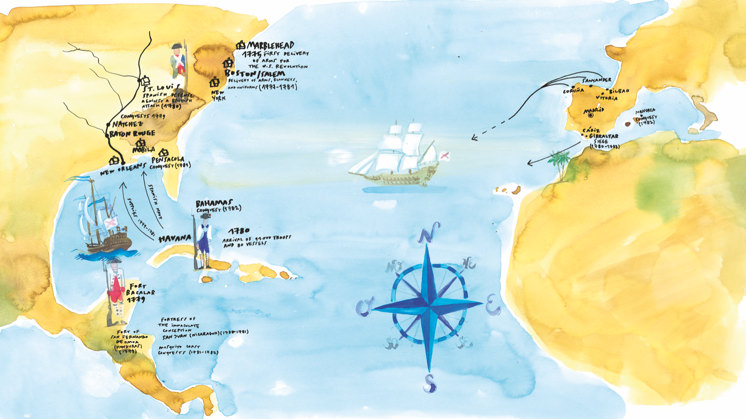 The support of the Spanish Crown to the American Revolution.

To meet the expenses incurred in the Seven Years' War (1756-1763) against France, Spain, and their allies, the British king George III increased the already high taxes on the country's Thirteen American colonies. The new taxes sparked the discontent of the colonists, who had long been complaining about not being represented in the British Parliament, where these encumbrances were ultimately decided, and which drove them to unite to rebel against the metropolis and declare their emancipation. Thus the War of Independence (1775-1783) broke out.

Britain at that time was one of the three largest powers in the world, while the rebels had no weapons, gunpowder, or money for war. In search of help, the newly created Congress of Philadelphia turned to three great rival countries of the English Crown, to whom it sent four emissaries: Benjamin Franklin to France, Arthur Lee and John Jay to Spain and John Adams to Holland.

Arms, money, blankets and uniforms for the rebels

The French king Louis XVI received the famous founding father at Versailles and granted him money, ships and troops. Spain, however, rejected an immediate alliance with the revolutionaries for fear of the ideas of independence catching on in its own domains in the American continent, but it helped the colonists covertly from the start of the war. In fact, the first foreign weapons the Americans received arrived from Spain in Marblehead (Massachusetts) in 1775 aboard the ships of Diego de Gardoqui. This merchant from Bilbao, appointed as an unofficial intermediary with the rebels, was also the person who coordinated the sending of what was known as the Spanish dollars: 120,000 reales de a ocho in cash and a further 50,000 in payment orders.

In 1776, the Count of Aranda, the Spanish ambassador to Paris, approved a secret shipment of cannons, mortars, bombs, bullets, rifles and all kinds of supplies for George Washington's army, paid for equally by Spain and France, which made possible the rebels' first victory against the British, at the Battle of Saratoga (1777). This triumph encouraged the French to actively commit to the independence cause and declare war on Great Britain in 1778, which Spain joined in 1779 through the signing of the Treaty of Aranjuez by King Carlos III.

Gálvez's March through the Mississippi

From then on, Spain participated openly in the conflict. In August of the same year, the governor of the then Spanish territory of La Luisiana, Bernardo de Gálvez, started the march towards the English forts on the left bank of the Mississippi. Commanding a mixed troop of almost 1,600 men, formed by about 300 soldiers from his regiment, who were joined by French, German and Spanish settlers living in nearby towns, as well as Indians, African-Americans, and some American patriots, he managed to take the forts of Manchak, Baton Rouge and Natchez and in the following years and with European and Hispanic reinforcements from America, conquered two strategic cities for the British: La Mobila (Alabama) and Pensacola (Florida).

Having achieved this, the river became a waterway along which Spain supplied shipments of gunpowder, weapons, uniforms and quinine, essential to combat malaria, from New Orleans.

Fronts in Europe and the south

Back in Europe, the Spanish attacked Gibraltar and Minorca, then in British hands and which came back under the Spanish Crown after the war, to weaken the English army, which was forced to neglect the blockade of French ports. The French ships thus managed to reach the American coasts with the troops and supplies that the rebels so badly needed.

Similarly, the Spanish army opened another front to the south of the Thirteen Colonies and Matías de Gálvez, Bernardo's father, attacked the British possessions established on the coasts of Honduras-Guatemala. It was also another Spanish fleet under the command of José Solano, that was responsible for protecting the French colonies of the Caribbean, so that the French ships could move to the Yorktown coast and prevent the English army besieged there from receiving supplies.

The victory in Yorktown (1781), which was decisive for the revolutionaries' final triumph, would not have been possible without the Spanish contribution either: the Crown gave France hundreds of thousands of silver pesos raised in Havana (Cuba) to make up for Washington's armies' late payments. 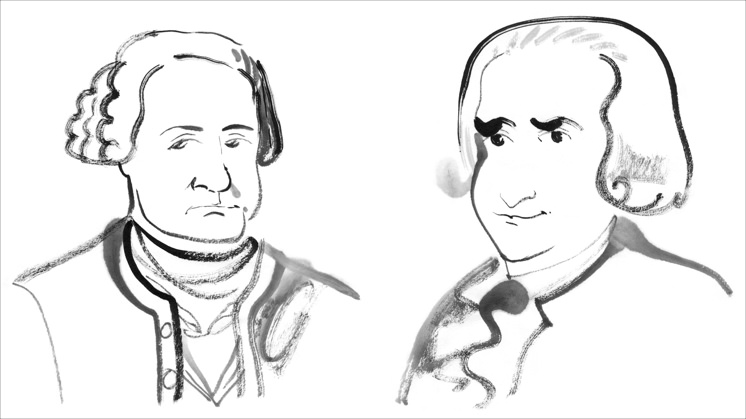 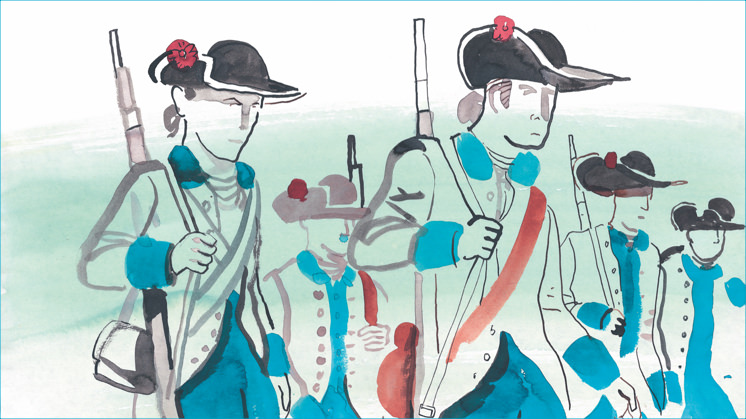 Bernardo de Gálvez climbed the Mississippi at the head of an army made up of about 1,600 Spanish and French settlers, Indians, African-Americans and soldiers of various origins. 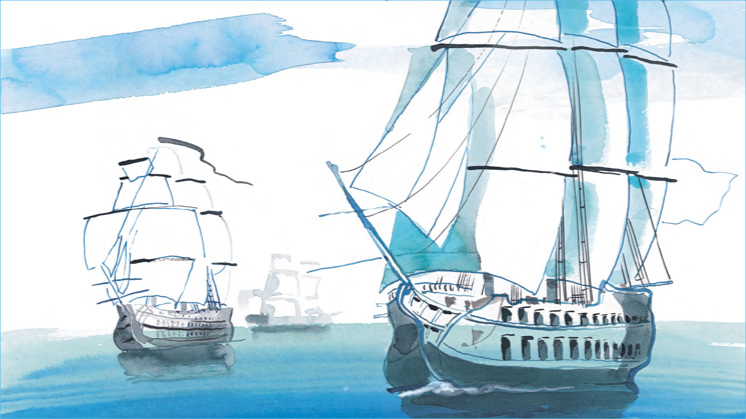 The joint Franco-Spanish navy played an essential role in the battle of Pensacola in 1781 and the capture of Minorca in 1782. 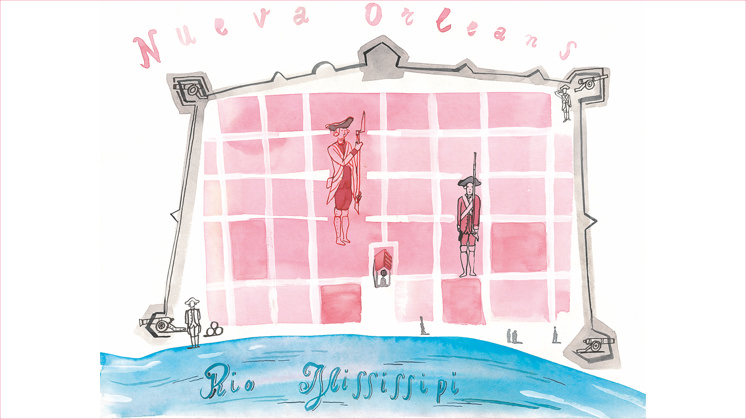 Spain supplied gunpowder, weapons and uniforms from New Orleans along the Mississippi River, as well as the quinine necessary to treat the malaria that plagued the troops. 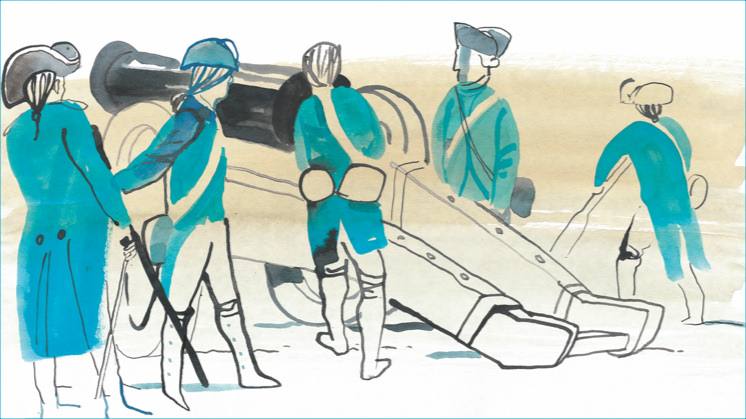 The money Spain raised in Cuba allowed Washington to meet the late payments to his soldiers and was essential for the victory in Yorktown (1781). 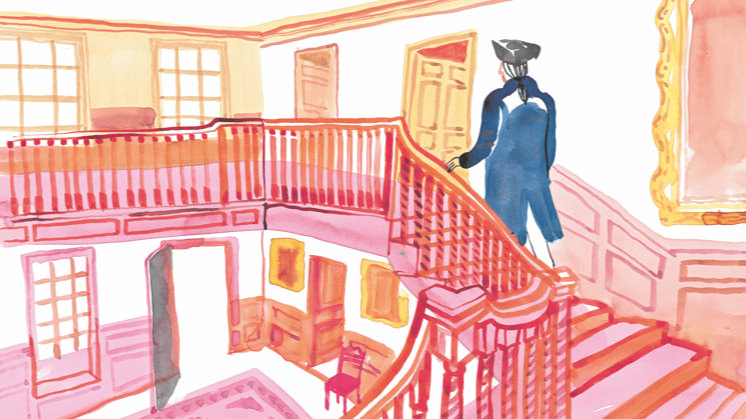 In 2014, the US Congress granted Bernardo de Gálvez posthumous honorary citizenship for his "integral" role in the country's war and independence.

However, Spain's intervention in the American War of Independence has often been ignored and, until recently, the Hispanic world's contribution to the origin of the new nation had been largely overlooked. In 1976, marking two centuries of independence, the Spanish State gave Washington the equestrian statue of Bernardo de Gálvez, which today presides over Memorial Park dedicated to the soldier and politician from Malaga. It took almost four decades (until 2014), and considerable private, diplomatic and institutional effort, for Gálvez to be recognised as a Posthumous Honorary Citizen of the United States. Since then, his portrait has presided over one of the main halls of the Capitol.

Iberdrola group, committed to cultural development and the restoration of historical legacy, has made a decisive contribution to displaying this contribution with the exhibition Recovered Memories. Spain and the Support for the American Revolution, which could be seen in Washington and New Orleans in 2018, where it was visited by the King and Queen of Spain, Don Felipe and Doña Letizia. A year later, the company donated the statue of Gálvez displayed in the exhibition to the Spanish Embassy in the United States, where it can now be seen at the entrance.

After the success of this exhibition, Iberdrola has now set itself the ambitious goal of leaving a permanent legacy of Spain's and the Latinos' and Hispanos' contribution to American independence, trying to make room for Bernardo de Gálvez and his contemporaries in US history museums. This has given rise to the Unveiling Memories

External link, opens in new window. project, which includes various initiatives on both sides of the Atlantic, such as exhibitions and other actions in museums and private and official institutions, publications, commemorations, digital resources, support for training, teaching and research, and collaboration with the media.

The book Unveiling Memories: Spain and the Hispanic contribution to American independence — together with the website of the same name — is part of this project. Through 38 articles written by 11 authors specialising in the subject under the direction of José Manuel Guerrero Acosta, the volume offers a summary of the Hispanic contribution to the independence and birth of the United States of America. With a bilingual edition (in Spanish and English) and its fine illustrations, the book is akin to the explanatory panels generally seen in museums and invites us to take a tour of historical events along a detailed time line, to meet the players and discover the marks that have remained on the main stages of these events.