From the Spanish dollar to the US dollar

THE ORIGIN OF THE DOLLAR

From the Spanish dollar to the US dollar

Between the 16th and 18th centuries, the real, a Spanish silver coin, was the currency of reference for world trade. The English in the American colonies called it the 'Spanish dollar' and ended by adopting it as their own.

There are many words that enclose fascinating stories, and dollar is one. It has grown and evolved since its birth in witness to and as a reflection of the progress of humanity.

In the early 16th century the European economy was booming and required silver coins with a greater weight and value. The mines of Joachimsthal, in today's Czech Republic, offered abundant silver to mint them and even gave them their name: thaler. The word was adopted to other languages: tálero in Spanish, daelder in Dutch and dollar in English.

Charles I of Spain and 5th of Germany dominated vast swathes of Europe. Maintaining this empire required frequent military campaigns that were paid in silver coins, the reales, causing them to spread throughout the continent. On the reverse they showed the emblem of the Emperor, and the symbol of his power: the two columns of Hercules, with the legend Plus Ultra. 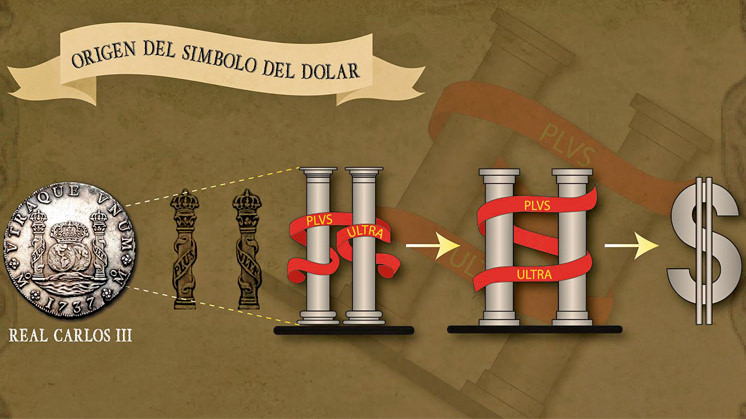 Symbology of the dollar.

A currency of reference

The Borbon dynasty showed their support for the development of the Indies by minting a new real in 1728: the real de a ocho, or piece of eight. This soon became the most highly-prized currency around the worlde, and was accepted as a means of payment in places as far away as Japan. It was the common currency in the recently founded city of New York, and was known as the Spanish dollar.

When the new United States, independent since 1792, minted their own dollars, they used the Spanish real as a model, and the pillars of Hercules and their legend were simplified into the dollar sign ($).

These and other fascinating stories that are little known by the general public form part of the exhibition Memory Regained, which can be seen on the 25th floor of the Iberdrola Tower in Bilbao until next July 2, 2017. 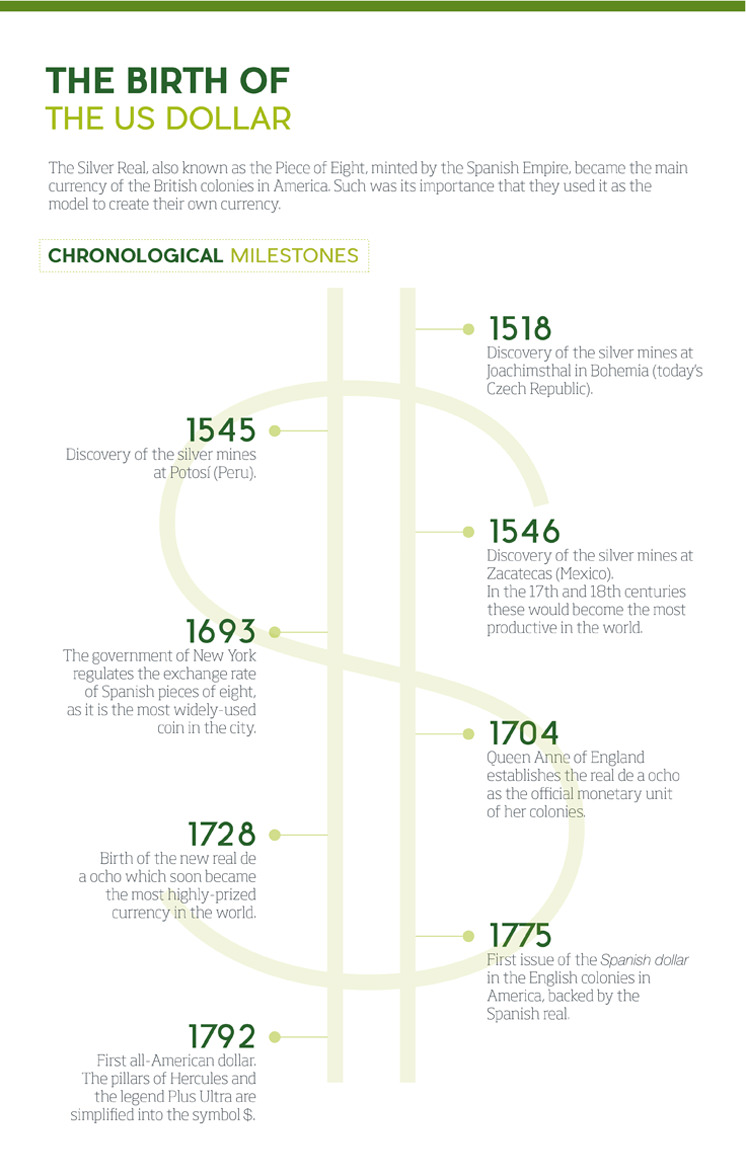 The birth of the US dollar.

SEE INFOGRAPHIC: The birth of the US dollar [PDF]