How the coronavirus crisis is affecting the environment and climate change

The COVID-19 pandemic has infected millions of people and claimed thousands of lives, on top of sending most of the world's population into lockdown. However, it has also considerably lowered daily CO2 emissions levels — by 17 % according to a report by the publication Nature Climate Change —. The question on many minds now is whether the promises made to combat climate change will be kept once the crisis is over, and the answer appears to be yes. 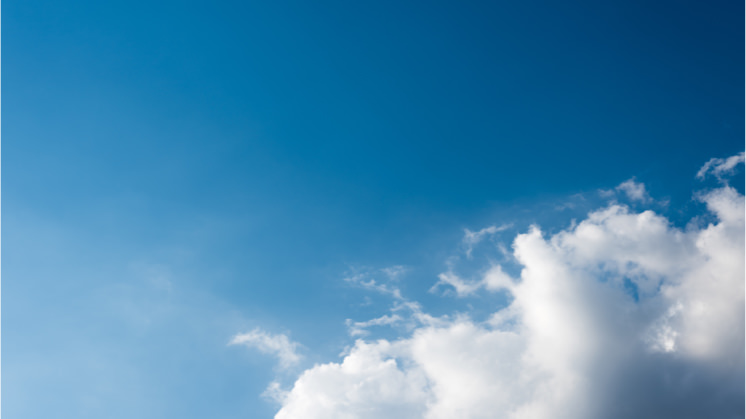 The UN highlights the importance of protecting biodiversity to lessen the risk of diseases like COVID-19.

As the world went into lockdown due to the terrible threat of the coronavirus crisis, the environment breathed a sigh of relief. According to a global survey conducted by experts that was recently published by Nature Climate Change, daily CO2 emissions have dropped by 17 % worldwide. The report goes so far as to anticipate that 2020's annual emissions could be the lowest since the end of Second World War. The question is: Is this just a mirage that will fade away with the COVID-19 pandemic?

HOW THE CORONAVIRUS CRISIS AFFECTS THE ENVIRONMENT

The slowdown in industry and transport due to lockdown has led to a spectacular decrease in greenhouse gas emissions (GHG). The International Energy Agency (IEA) estimates along the same lines as the Nature Climate Change report, anticipating that this year will see the greatest reduction in CO2 emissions on record: an 8 % drop, which would be six times that caused by the economic recession in 2008.

NASA has revealed shocking satellite images showing a notable reduction in nitrogen dioxide (NO2) emissions — mainly caused by vehicles — compared to pre-lockdown figures. As far as the environment is concerned, these data are positive. After all, the WHO (World Health Organization) states that atmospheric pollution kills 4.2 million people every year. However, some experts fear that once lockdown is lifted, emissions could reach record highs because of our striving for recovery.

Because COVID-19 is a zoonotic disease, that is, it can be transmitted between animals and humans, China temporarily banned wildlife trade within its borders, thus giving certain species that are traditionally used in China's cuisine and medicinal industry a small breather, including some featured on the International Union for Conservation of Nature (IUCN) Red List of Threatened Species.

For years now, experts have been warning us that to avoid disasters like today's, we simply must foster a more healthy relationship with our natural environment. In the words of Peter Ben Embarek, a WHO animal disease expert, "as we come into contact with new species of wildlife and habitats, we are exposed to the new diseases that come with them." 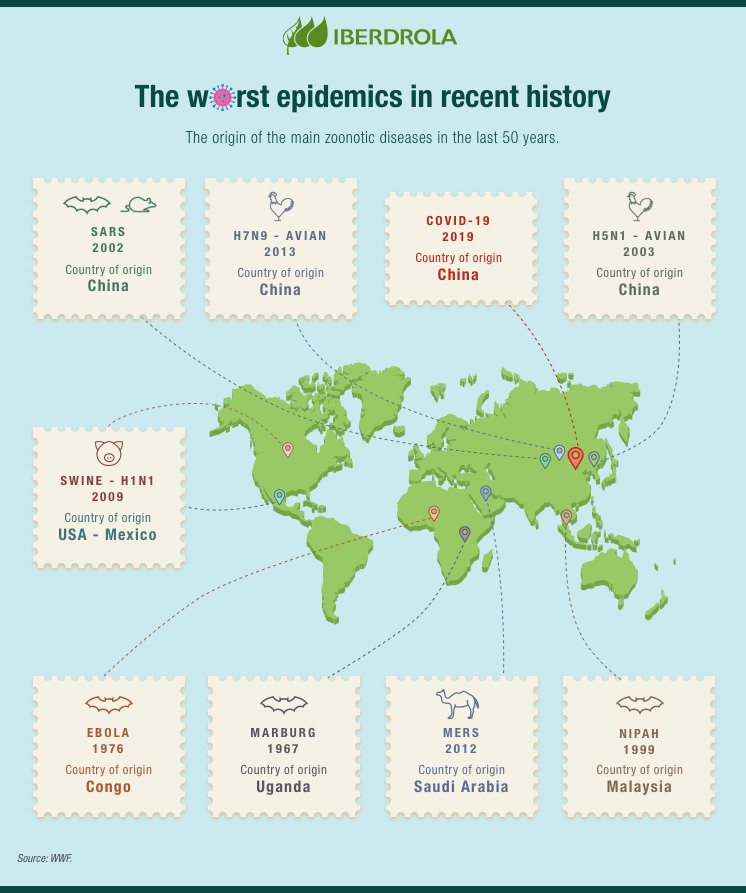 The worst epidemics in recent history.

Noise pollution has also dropped in the past few months, allowing city centres to finally achieve the decibel levels recommended by the WHO. In addition the publication Nature also recently stated that geophysicists are reporting a decrease in seismic noise — i.e. the buzz caused by vibrations on the Earth's crust — which could be linked to the slowdown in transport and other activities, helping to more easily monitor seismic episodes such as minor tremors and volcanic activity.

The coronavirus crisis and its consequences are likely to be the greatest challenge to hit the planet since Second World War. To tackle it, the UN (United Nations) is urging the world to acknowledge the importance of biodiversity and the protective role it plays against the risk of diseases like COVID-19, calling nobody to forget the climate crisis that is threatening our planet. Inger Andersen, Executive Director of the United Nations Environment Programme (UNEP), warns us that: "Failing to take care of the planet means failing to take care of ourselves."

A whole host of events have been postponed due to the pandemic, including the next Climate Summit (COP26), which was set to take place this year in the city of Glasgow, Scotland. Some say that this crisis will leave climate arrangements on the back burner, including the European Green Deal — the European Union (EU) roadmap towards a sustainable economy and carbon-neutral by 2050 —. However, the facts and the statements suggest otherwise.

The European Commission, for instance, has confirmed that it continues to stand behind a Green Recovery in line with the Green Deal. In addition, data revealed by the Renewable Energy Agency (IRENA) say that things are heading in the right direction. Their report published in May states that investing in renewables to transform the energy system would generate overall gains of US$98 billion by 2050, meaning the renewables sector would account for 42 million jobs — that is four times the current figure —.