Plastic Island in the Pacific Ocean, the Seventh Continent

PLASTIC ISLAND IN THE PACIFIC 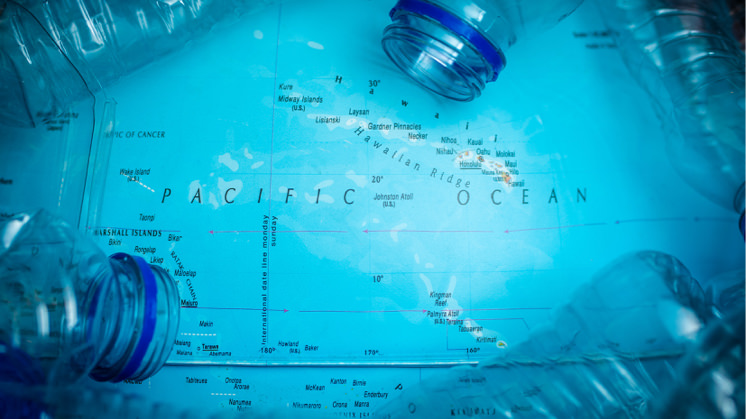 The Great Pacific Garbage Patch is so big that it has been nicknamed the 'eighth continent'.

Charles Moore was the first to raise the alarm. The American boat captain and oceanographer was horrified when, on his way back from a famous boat race in 1997, he encountered a sea of plastic so wide it took him seven days to cross it. What Moore found mobilised the scientific community, and the rest is history: the Great Pacific Garbage Patch, one of the biggest symptom's of the environmental crisis the planet is suffering, was now in the public eye.

Two decades later, it is a constantly growing continent of rubbish measuring some 1.6 million km2 and containing 80,000 tonnes of plastic, according to a scientific study published in the journal Nature in 2018. It is now more than three times the size of France, to give some idea of its scale. But despite its size, the Great Pacific Garbage Patch is invisible to satellites, as 94% of it is made up of minute fragments of plastic eroded from larger pieces.

THE ORIGINS OF THE GREAT PACIFIC GARBAGE PATCH

These microplastics, measuring just a few millimetres in diameter, come from wastes thrown away on land as well as abandoned fishing gear including nets, baskets and cages. But shipping is also a big culprit. Waste from ships, largely glossed over in initial studies, is a major contributor to this ecological tragedy.

When these particles, which are scattered over the surface, reach the North Pacific Gyre — a circular sea water highway — the rotating currents clump them together and then spit them out as larger pieces which float across the ocean. The result is a big soup of floating rubbish drifting halfway between Hawaii and California.

Scientific evidence points to Asia as being the main contributor of rubbish to the Great Pacific Garbage Patch, with another big factor being the increase in industrial fishing in the world's biggest ocean. According to the study published in Nature, two thirds of the items collected during the research contained text written in Japanese or Chinese — with a total of nine languages being identified — and the oldest piece of rubbish dated from the end of the 70s. 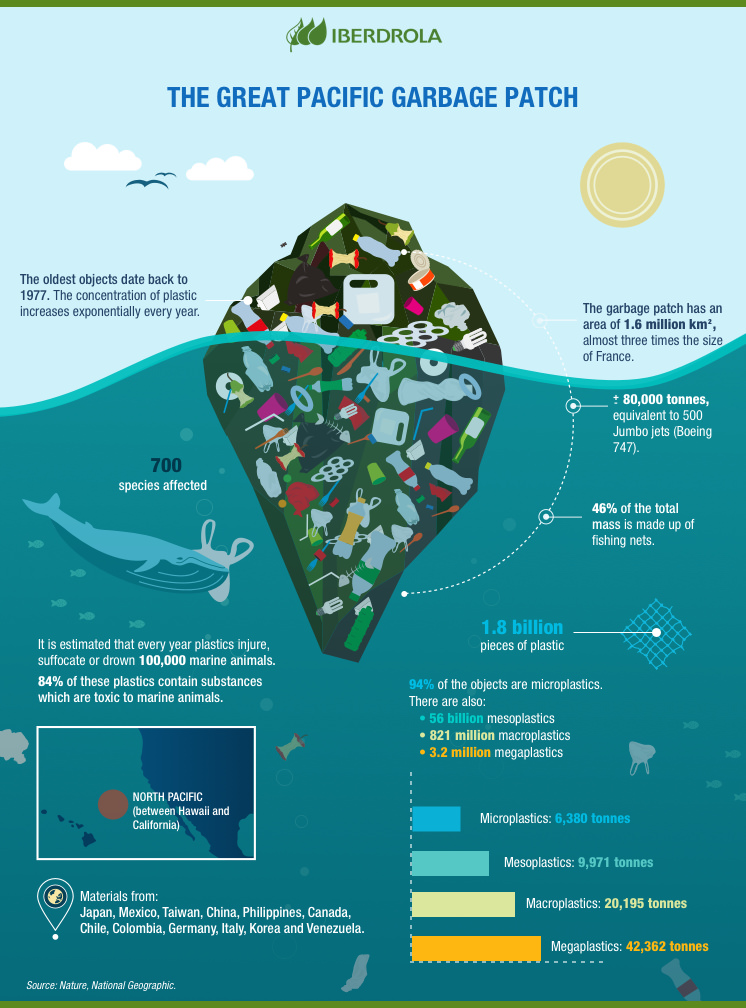 THE CONSEQUENCES OF THE GREAT PACIFIC GARBAGE PATCH

At the 2019 International Solid Waste Association Congress held in Bilbao, Spain, Captain Charles Moore appeared pessimistic about ocean pollution and warned that plastic would cover every inch of the world's beaches in the future. A prophecy that may seem far-fetched, but which it seems we should take seriously considering it comes from the first man to sail through the garbage patch.

The damage to the animal kingdom is also impossible to quantify: each year, thousands of marine mammals and aquatic birds die after confusing items in the Pacific Garbage Patch for food or getting trapped in abandoned fishing nets. In 2016, a report by the United Nations Food and Agriculture Organization (FAO) warned about the presence of microplastics in up to 800 species of fish, crustaceans and molluscs.

Our health could also be another big victim of this accumulation of marine debris. Microscopic plastic ingested by fish and other species we eat enters our body through the food chain. For example, a study by Greenpeace and Incheon National University in South Korea published in 2018 concluded that 90% of the salt brands sampled worldwide contained microplastics.

INITIATIVES TO CLEAN THE OCEANS

The discovery of the Great Pacific garbage patch has raised the awareness of thousands of people and has resulted in multiple initiatives to reduce the amount of plastic in the ocean. Let's take a look at some of them: