How do microplastics affect?

Humans have produced 8.3 billion metric tonnes of plastic since 1950. Only 9% of plastic waste is recycled and the vast majority ends up in landfills and in the environment, where it disintegrates into microparticles that pollute water and air, harm marine wildlife and are ultimately consumed by humans. 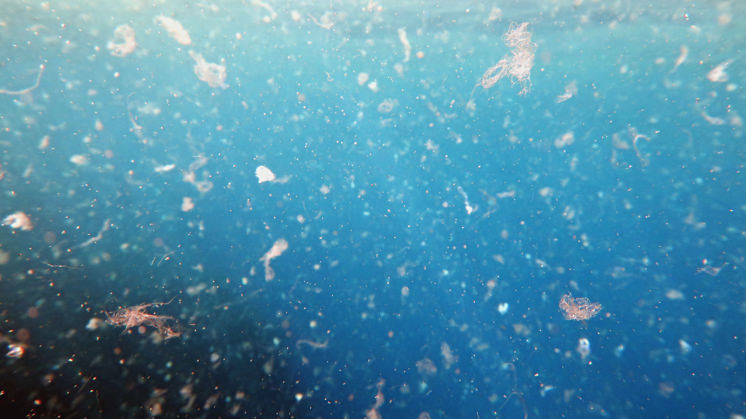 Close up of seawater contaminated by microplastics. 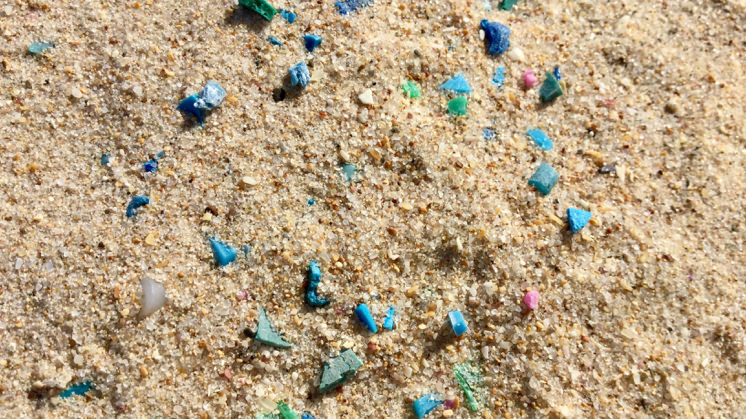 Small fragments of plastic scattered among the sand on a beach.

THE IMPACT OF MICROPLASTICS

A weight equivalent to 80 million blue whales, 1 billion elephants or 25,000 Empire State Buildings. This is the amount of plastic that humans have generated since large-scale production of synthetic materials began in the early 1950s: 8.3 billion metric tonnes.

An amount large enough to cover Argentina. The data comes from the study Production, Use, and Fate of All Plastics Ever Made conducted in 2017 by the University of California at Santa Barbara, the University of Georgia, and the Sea Education Association.

Predictably, annual plastic production has multiplied over the years, from 2 million metric tonnes in 1950 to more than 400 million in 2015. And this trend does not seem to be decreasing: of all the plastic generated between these two dates by humans, half was produced in recent years. And one of the main causes of the unstoppable increase in the production of plastics is that they have a very short shelf life: half become waste after four years of use or less. However, the real concern is that only 9% of this waste was recycled, while 12% was incinerated and 79% ended up in landfills and the environment.

Much of the plastic that ends up in the environment does so into the seas and oceans. The water, sun, wind and microorganisms degrade the plastic discharged into the ocean into tiny particles less than 0.5 centimetres long, known as microplastics. These particles are ingested by plankton, bivalves, fish and even whales, who confuse them with food. In 2016, a report by the United Nations Food and Agriculture Organization (FAO) reported the presence of microplastics in up to 800 species of fish, crustaceans and molluscs. 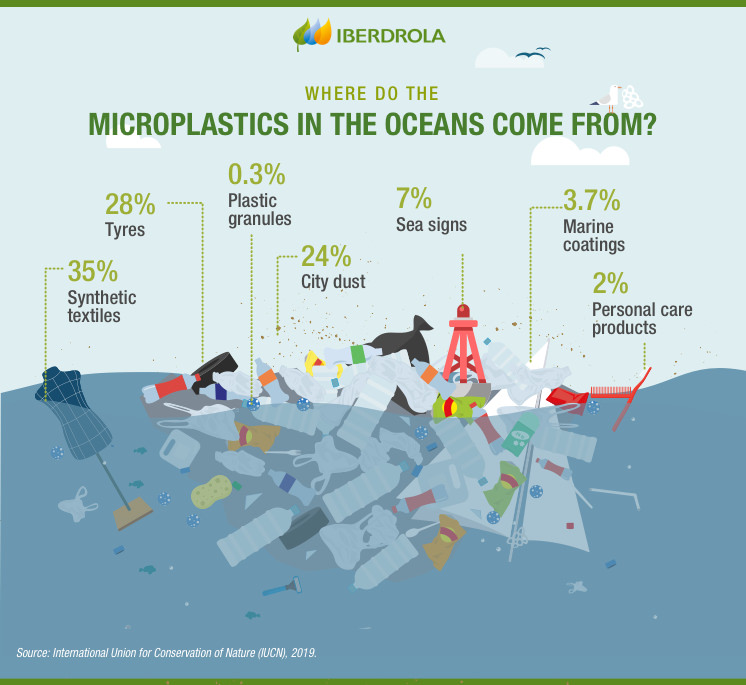 Where do the microplastics in the oceans come from?

SEE INFOGRAPHIC: Where do the microplastics in the oceans come from? [PDF]

According to researchers at John Hopkins University (USA), any European who consumes seafood on a regular basis ingests approximately 11,000 pieces of microplastic per year. But that is not all: at the end of 2018, a study by Greenpeace and Incheon National University (South Korea) also concluded that 90% of the salt brands sampled worldwide contained microplastics. And it is also known that tap water is another of the sources by which humans ingest small plastic particles.

Concerned about these findings, scientists have begun to study the effect of microplastics on the human organism. The most frequently found plastics were polypropylene and polyethylene terephthalate (PET), both the main components of plastic bottles and milk and juice containers. However, the researchers acknowledged that they could not determine the origin of each particle and they point out that food is likely to be contaminated during the various stages of food processing or as a result of its packaging.

So far, no evidence has been found that microplastics pose a health risk to human beings. Especially in the case of large particles, such as those found in the study. On the other hand, small particles are far riskier because they can enter the bloodstream, the lymphatic system, and reach the liver.

More and more countries are launching policies to reduce plastic consumption and curb pollution - more than 60 according to a 2018 UN report-. The United Kingdom, USA, Canada and New Zealand have already banned the manufacture of personal care products containing microspheres. These tiny plastic balls are included in the formulations of some beauty products due to their exfoliating properties. It is estimated that during a shower with a bath gel containing microspheres, up to 100,000 pellets can enter the drains and end up in the ocean, where they are consumed by marine wildlife, thereby introducing potentially toxic substances into the food chain.

On the other hand, Costa Rica announced a national strategy in 2017 to ban all single-use plastics by 2021, thus reducing the number of plastics that end up in the ocean, rivers or forests. In Africa, Kenya has banned the production, sale, import and use of plastic bags since 2017, like Rwanda, which banned them in 2008. Following the Costa Rican example, the European Union has recently reached a provisional agreement to ban by 2021 single-use plastics for which there are affordable alternatives such as cotton buds, cutlery, plates, glasses or straws. In the case of products for which there are no affordable alternatives, the objective is to limit their use by imposing both an objective to reduce consumption at a national level and also to place waste management and cleaning obligations on producers.