Grit: the power of perseverance to achieve success

How about you, where's your grit?

Tennis fans and Rafa Nadal's opponents wonder what could be his secret. Although he may not be aware of it, without grit, he would not be such an extraordinary player. This concept of modern psychology is proof that perseverance and passion for what we do is the secret to achieving personal success. It is by far the most important factor, even more than talent and intelligence. 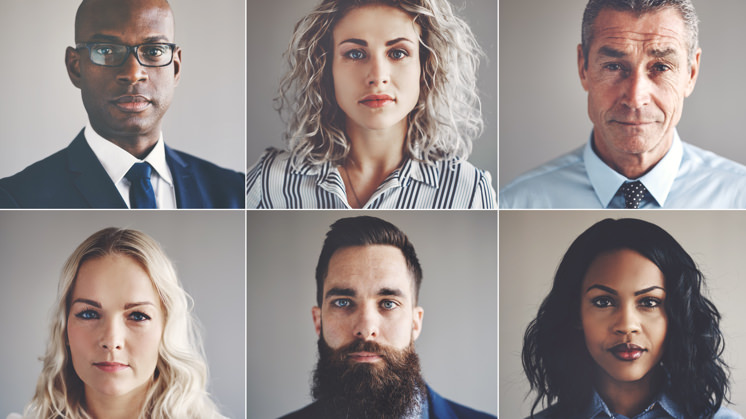 The concept of grit was defined in 2004 by Angela Duckworth, a psychologist and lecturer at the University of Pensylvannia.

WHO CAME UP WITH GRIT?

The reason why some people achieve success while others don't has been a matter of speculation for centuries. Is it a question of luck? It is genetic? According to Angela Duckworth, psychologist and a lecturer at the University of Pensylvannia, the secret to excellence is mainly a question of attitude, and enormous doses of effort, enthusiasm and consistency. That may sound easy, but it isn't.

Duckworth called it the theory of grit in 2004, after studying a group of cadets during their first few weeks of military training. The American researcher discovered that, although they were all in a more or less similar physical condition and had similar intellects, the candidates who managed to graduate had more grit than those who dropped out.

After replicating the study in other social settings with identical results, Duckworth concluded that passion and perseverance are key to achieving any long-term objective, more than talent, intelligence and any other human capacity. Duckworth's theory confirms that effort counts twice: Talent + effort = skill and skill + effort = success. This means that you can, in fact, train yourself in grit.

This finding won Duckworth a MacArthur Foundation genius grant in 2013 as a reward for her work. The same year, she presented her theory and co-founded The Character Lab, a scientific NGO providing parents and teachers with practical advice. In 2016, she published her work in a book entitled Grit. The power of passion and perseverance, which soon become a bestseller.

In her book, she explains her research method: The grit scale. This simple test consists of ten questions where participants score their current grit on a scale of one to five, since this score can go up or down in time. The book also explains the four psychological components of grit: they're interested, they practice, they have purpose and hope.

Duckworth compares life to running the 10,000 metres, which requires resilience to reach the finish line. "If you stay down, you lose grit. If you get up, you win", insists the psychologist, who went from overcoming her father's criticism to earning recognition from the scientific community for her work.

Tips for boosting your grit

Investigate, experiment and don't stop until you find something that really
motivates you. If something intrigues you, try it!

Put yourself to the test every day to sharpen your skills and
practice constantly until you master them.

Give meaning to your actions, think about how you can benefit
others and what you can do for the common good.

When things don't go your way, don't feel despondent and give up. Look on
difficulties and face them calmly, enthusiastically and with conviction.

Lean on people with grit

When in a group, we tend to mimic other people's behaviour.
If you surround yourself with people with grit, you will boost your own grit.

EXAMPLES OF GRIT AND THE BOOM IN ITS APPRECIATION

Duckworth herself is, therefore, an example of what it means to have grit, as are elite athletes like Rafa Nadal. During his talks, his uncle and trainer, Toni Nadal, says the secret of the number-one Mallorca-born tennis star's success is not his talent, but his stamina, willingness to improve, and determination. There are also examples of grit outside the sports world. J. K. Rowling's Harry Potter and the Philosopher's Stone was turned down by twelve publishers, Steven Spielberg was rejected three times by the Southern California School of Theater, Film and Television and Bill Gates's first business project, Traf-O-Data, was a failure. The rest is history.

The predictive potential of the grit scale has been particularly relevant in the educational field, due to the limitations of IQ tests to predict student performance. Several studies have revealed that talent and IQ alone are not enough to accurately predict, for example, whether a student will drop out of school.

In this regard, the PISA Report, which assesses academic performance among teenagers around the world, is giving increasing weight to non-cognitive abilities, and shows that this does not only apply to the best students, but also those who stand out for their determination. Even Andreas Schliecher, the architect of PISA, insists on this idea in his book First class.

THE POWER OF PERSEVERANCE

The gritties, in other words people who are passionate, make and devote time to what they do, develop certain personality traits. These are the most significant:

Higher productivity: people with grit perform better and can stick to their jobs for longer periods. They are also happier and more cooperative with colleagues.

More purposefulness: people with grit generally have more perseverance than the rest. They have a more positive outlook, are better focused and expend more time and effort on achieving their goals.

More responsible: People with grit comprehend the meaning of their work. An understanding of how their work benefits the community and a desire to connect is essential to keep the flame of passion alive.

More optimistic: people with grit see setbacks as natural and deal with them with a positive attitude. They have confidence in their skills and that things will be better in the future as a result of their work.

Discover the advantages of collective intelligence

Mindfulness: a technique to boost your performance