Films with traditional female leads have given way to films about women warriors, superheroines who stop wars, rebel leaders and scientists who change the course of history. Read on to discover more! 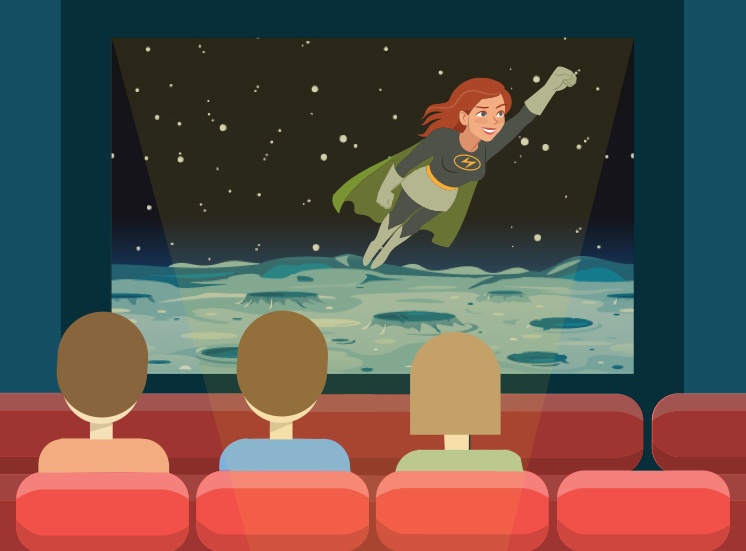 Although the public is still more than twice as likely to see male as opposed to female characters on the big screen, especially in action films, the role of women in film is on the increase. According to a study [PDF] External link, opens in new window. from the Center for the Study of Women in Television and Film at San Diego State University, one of the main reference points for the industry and the specialist press, 29% of the protagonists in the 100 highest-grossing films of 2016 in the US were women, 7% more than the previous year. This figure represents the highest percentage since the report started out in 2002.

According to a report [PDF] External link, opens in new window. from the University of Southern California in July 2017, amongst the 100 highest-grossing films of 2016, there were 34 films with a female character as the protagonist. This is the case of films such as Hidden Figures, which tells the story of three brilliant NASA scientists or Arrival, starring an expert linguist who manages to communicate with aliens.

The Star Wars franchise, one of the most popular film sagas of all time, has placed women at the centre of the action in its latest instalments, Star Wars: The Last Jedi, Star Wars: The Force Awakens and the aforementioned Rogue One: A Star Wars Story.

Rogue One: A Star Wars Story, the highest-grossing film of 2016, not only has a female protagonist — the criminal Jyn Erso, played by actress Felicity Jones — but also, in the best style of the Star Wars universe, her character joins forces (both physically and intellectually) with the Rebel Alliance for a paramilitary operation. Forty years ago, this was a role played by Harrison Ford portraying his Han Solo.

Star Wars: The Last Jedi, released in December 2017, has achieved the second-best premiere in US history, earning $186 million over its first few days. The number-one premiere also happened to be a film from the saga, Star Wars: The Force Awakens reached $226 million in its first days in theatres.

The latest instalment of this franchise has a broad range of female characters. Those that stand out include the role of General Leia Organa, once again played by actress Carrie Fisher, and the young Rey, embodied by Daisy Ridley, who seeks to determine her future and her calling.

Wonder Woman, the superheroine who has smashed box office records

One of the films that will mark a "before and after" in the role of women in cinema will, without a doubt, be the big blockbuster of Summer 2017: Wonder Woman, directed by Californian Patty Jenkins. The film has earned the most money in cinematic history and is one of the five most successful superhero films to date. The film took in 600 million Euro after only two weeks in theatres, four times its production cost.

Although Wonder Woman is not the first film with great female on-screen characters, it presents the beginning of changes in the perception of women on the big screen, wonder woman has catapulted forward, as up until now she had been overshadowed by Superman and Batman. Hollywood has been following the evolution of Wonder Woman at the box office with great interest to ascertain whether the public also wants strong female characters as part of the superhero genre.

Moreover, there are ten films released in the last five years that star female protagonists, so it is clear to see how the role of women in film is changing. Women no longer appear on screen solely to represent the roles of mother, wife and various love clichés. Nowadays the women are also explorers, action heroes, astronauts, robots, etc. 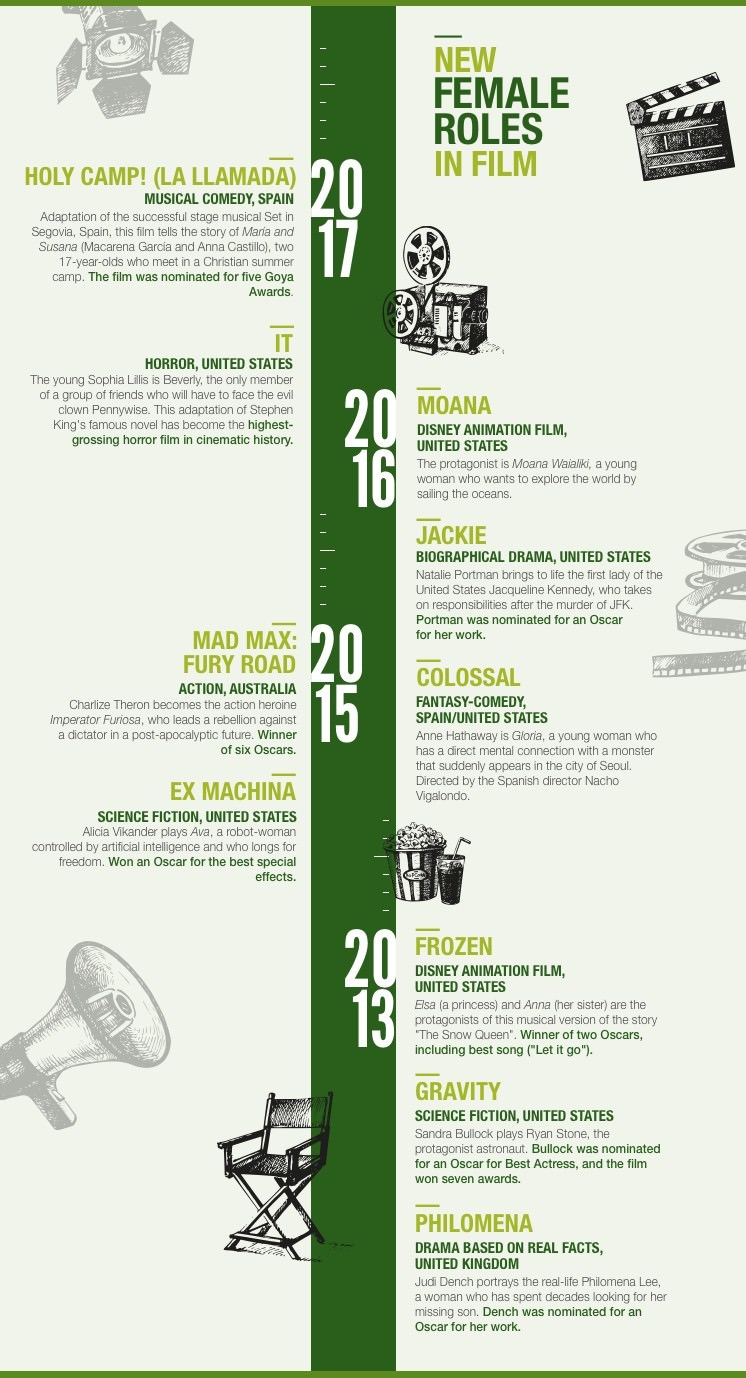