Considered one of the world's best rugby players, Patricia García competed at the Rio de Janeiro Olympics and the 2013 and 2018 world championships. Her life has been one of hard work and determination, qualities that have enabled her to overcome the obstacles she has faced during her career in sport. 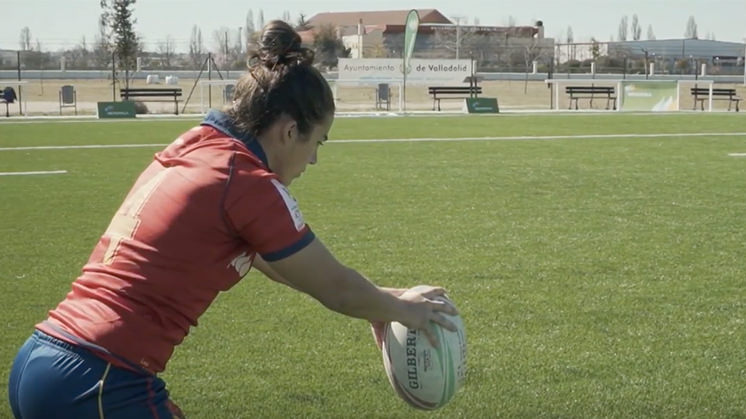 Patricia García has overcome numerous difficulties throughout her sport career.

Patricia García, member of Spain's national women's rugby team: "There are no limits, work is an endless process. We, The Lionesses, have had the chance to go to the Olympic Games, something not everyone has been able to do, some failed to qualify. We have worked together with a single goal in mind for a long, long time. All in all, seven years of backbreaking work. You got up every day and you knew you you were going to go training, you knew why you were going to suffer during the session and why you were giving your all. Is it a sacrifice? I like to think of it as more of an investment, because you do it because you want to. Nobody's making you do it and it forms part of what you want from life."

Bárbara Pla, captain of the Spanish national rugby Seven team: "The nature of the game encourages you to look out for your team mates, to really care about them."

Patricia García: "There are moments that have taught me so much. I've got things wrong so often and I've made huge mistakes, but they've always helped me to learn and to grow."

"Third and fourth place at the World Championship, the highest finish possible in such a high level competition. Spanish rugby has never achieved anything comparable. Tied at five all. If I make the kick, two more points. There was one minute to the final whistle. It's the most important kick of your life and you miss. Do you know how many hours I spent practising my kicking in France, just me and my sack of balls? Hours and hours. Do you know how it feels to be responsible, to know that if you'd kicked it between the posts you'd have probably won the game? I believe it is fundamental to know that not everything is sweetness and light, that there are tough moments and that the most important thing is your attitude when you get up in the morning and face up to the next challenge."