What is Cyberbullying, its bad effects and how to stop it

The cyberbullying of schoolchildren affects 17% of families around the world. This figure, obtained in 2018 by Ipsos Public Affairs, reflects a worrying situation for thousands of children who are being harassed on the Internet by their classmates. Some countries, however, have reduced the number of attacks with a brilliant idea: the KiVa program. 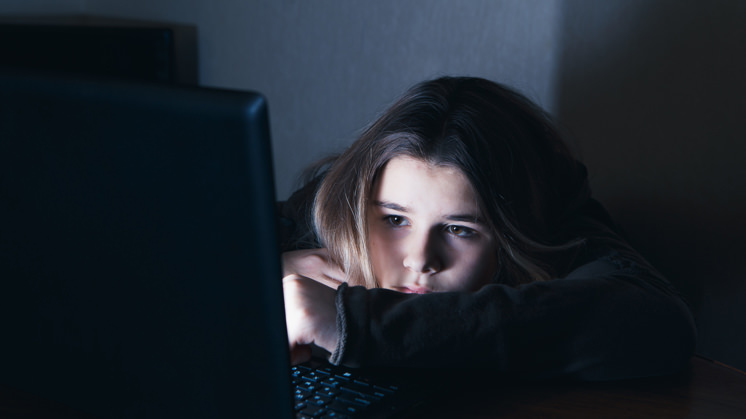 The ease of hiding behind a keyboard makes young people feel like they can get away with anything.

Cyberbullying is not an isolated event. As shown by a 2018 survey conducted by Ipsos Public Affairs, a market research multinational, this 21st-century scourge of primary and secondary schools is a universal problem of great concern: Almost 1 out of every 5 parents around the world admit that one of their children has suffered from cyberbullying at some point. In this online survey of some 21,000 people in 28 countries, India appears as the place where the existence of this type of attack is seen most often, with 37% of families affected. Next are Brazil with 29% and the United States with 27%. At the bottom of the ranking are Japan with 4% and Russia with 2% of the cases reported by the parents in this study.

When seeking solutions, those surveyed look to their governments. However, they are not finding any answers, or at least that is what can be deduced from the following figure: 76% of those interviewed believe that the governments of the countries examined do not pay sufficient attention to cyberbullying. It is also notable that 25% of those interviewed did not even know what cyberbullying was, although people are generally more aware of this topic than in 2011. At that time, the percentage who did not know was 34%. For UNESCO this problem was threatening the attainment of Sustainable Development Goal 4, seeking quality education, and therefore it promoted a worldwide campaign against this type of attitude with the backing of the NGO No Bully. Its objective was specifically to set up a creative collaboration between institutions, to raise awareness by making access to materials easier and to provide clear guidance on how to promote change.

CHARACTERISTICS AND CONSEQUENCES OF CYBERBULLYING

In cases of Internet bullying among children, a series of patterns can be found. Some of them are listed below:

In a group. In most cases, the intimidation is carried out by various people.

Between people who know each other. Normally, the attacker and the victim are classmates.

It causes harm. It leads to psychological and social damage through humiliation, insults and the spreading of lies.

Every day. The attacks are not occasional but occur frequently.

Online. Social media is the tool used, but it can spread to the classroom.

Every child experiences it in a different way and every situation is different but the psychological scars of cyberbullying are generally serious: it harms children's self-esteem and ability to relate to others, and in extreme cases can lead to depression. Any student can become a victim of these attacks, although it is more probable in these cases:

WHAT ARE THE DIFFERENCES BETWEEN BULLYING AND CYBERBULLYING?

Traditional and virtual bullying are closely related, as they both prevent equal access to education and thwart the creation of inclusive, protected and non-violent learning environments for all children and adolescents. But at the same time there are some differences that make the impact and consequences of cyberbullying more serious. The Internet and electronic devices make the perpetrators more confident and they act more impulsively and aggressively, daring to do things that they would not do in other circumstances. Why does this occur?

The lack of a code of good conduct for the Internet leads to behaviour that would not occur in person. 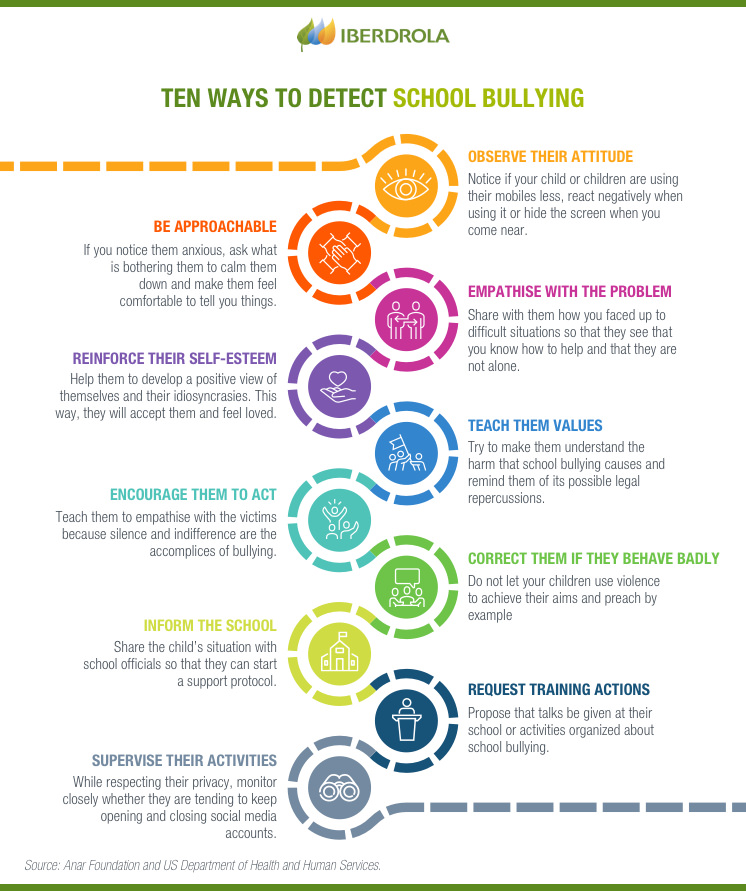 HOW CAN CYBERBULLYING BE PREVENTED?

Finland, Italy and Holland have succeeded in reducing the amount of bullying and cyberbullying in schools with the KiVa program. This educational project from the University of Turku (Finland) began in 2009 and since then has received, among others, the European Crime Prevention Award because of its results. Over the years, this program has succeeded in improving the situation of 90% of the victims of school bullying in Finland that took part in this project. By 2014 Italy had already succeeded in reducing school bullying by 55% in primary schools and 40% in secondary schools. That same year, the attack rate dropped from 29% to 13.5% in the Dutch schools that tried out this initiative. In addition to preventing school bullying, KiVa provides tools for intervention by teachers, helps the victims to overcome the symptoms and helps bullies develop their ability to show their feelings in another way.

But KiVa is not alone. The problem of bullying has led to other programs that are fighting to eradicate it. One of them is ZERO. This Norwegian program has been successfully implemented in a number of countries in Latin America, including Chile, Peru and Mexico. It starts from the premise that bullying is aggression designed to bring social rewards, such as power, and focuses on reducing these and increasing the gratification produced by positive behaviour. The role of teachers is vital because they are responsible for teaching coexistence and a group culture. In Switzerland they have Be-Prox, a program that emphasises the learning of values that promote positive social relations among children. The Irish model, ABC, is also notable; it includes the addition of two compulsory subjects: Personal health education and civic, social and political education. And we should not fail to mention the pioneers, the Pikas program, which seeks to reconcile the bully and the victim in a group meeting, and the program Olweus, which seeks to promote peer relations.

In recent years a variety of apps have been developed to improve communication between the students, teachers, schools and families. Below are some of these. Appvise is a platform that sets up communication channels between those involved. Parental Click collects legal evidence of the attacks for a hypothetical trial. ZeroAcoso measures the educational climate of each school and anonymously connects the victims with professionals. Know Bullying promotes communication between parents and children and reports cases of bullying. BraveUp permits anonymous comments to be made about what is happening in the classroom. Digital tools are part of the problem... and of the solution.

Ethics on the Internet

How can educational robots help your children to develop?