A barter market fighting against plastic

HOW TO RECYCLE AND HOW TO GENERATE LESS WASTE

A barter market fighting against plastic

Mexico City generates over 13,000 tonnes of solid waste every day, with the added problem that only 1.28% is recycled. This was one of the reasons why, in 2012, the Mexican State Ministry of Environment (SEDEMA) launched an initiative called Mercado de Trueque (barter market), which allows citizens to exchange waste such as plastic, PET, aluminium cans, paper, cardboard, glass or electronic waste for locally grown fresh food. 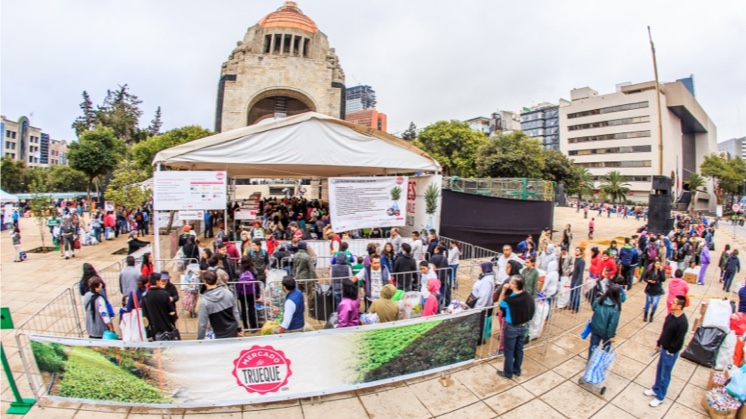 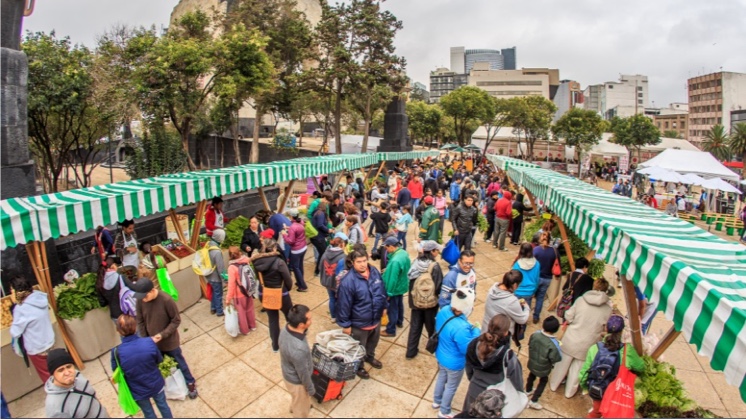 Over 20,000 people have attended the Market since the initiative was launched in 2012. Photo: SEDEMA 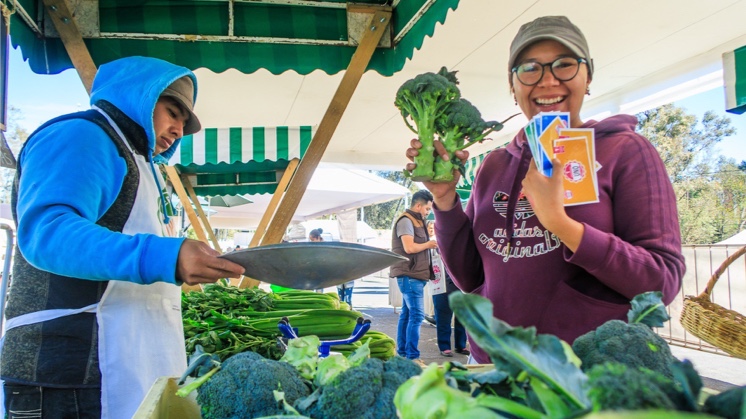 Participants exchange their waste for green points, which they then redeem for fresh produce. Photo: SEDEMA 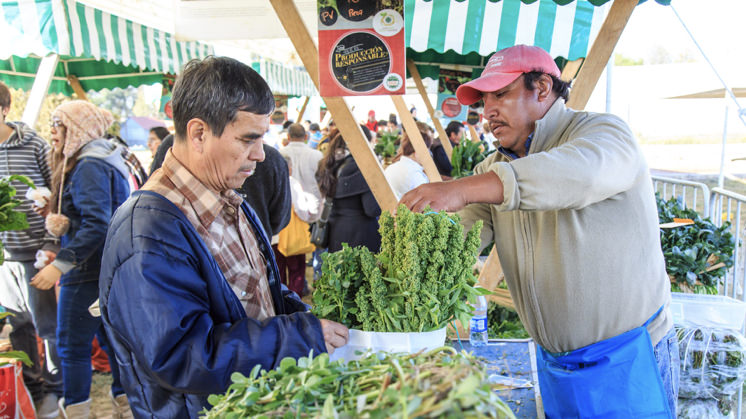 The initiative encourages fair trade as the fresh produce is grown by local farmers. Photo: SEDEMA 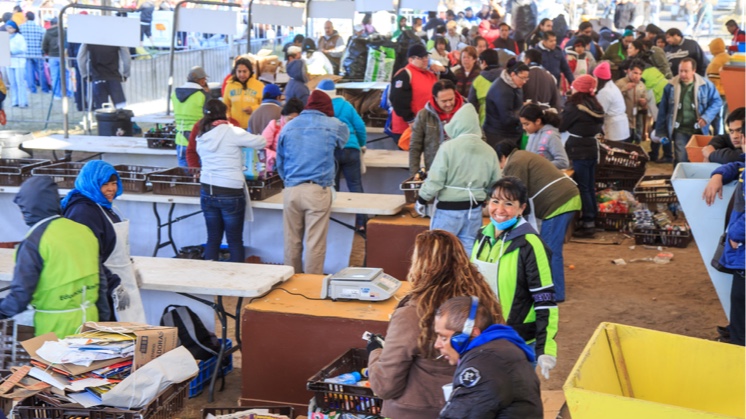 This barter market has a marked educational character: it teaches people how to recycle and how to generate less waste. Photo: SEDEMA

On the second Sunday of each month, at different points around Mexico City, from the early hours of the morning until 2 pm or when the fresh produce runs out. The operation of the Mercado de Trueque is deceptively simple: people take their recyclable waste, which is identified and weighed, to exchange it for green points. These green points are then redeemed for food from local producers such as vegetables, sauces and marinades or candied fruits and amaranth sweets.

However, the Mercado de Trueque is much more than a simple exchange. On the one hand, it has a strong educational character, and each market includes activities that seek to raise awareness among attendees and show different environmental protection initiatives. They also explain how rubbish can have a second life. The waste obtained—plastics, cardboard, cans, containers and so on—goes through a recycling process and is reused, so that new raw material use is reduced, thus avoiding the contamination involved in its extraction and the subsequent manufacturing of new products.

On the other, the Mercado de Trueque contributes to maintaining the agricultural communities in Mexico City, including those in the municipalities of Xochimilco, Milpa Alta, Tláhuac, Magdalena Contreras and Tlalpan. Consuming local products avoids freight transfers, which reduces both the use of fossil fuels and the use of refrigeration systems that are harmful to the environment. In addition, the initiative encourages fair trade based on traditional techniques, and helps keep the chinampas productive. These floating gardens use a technique that dates back to the 16th century whereby vegetables and flowers are grown on rafts covered with topsoil, thereby increasing the productive area in the lakes of the Mexico-Tenochtitlan region.

"At first, the main challenge was the lack of a suitable culture around solid waste separation", explains Al Yibb Marthin Vázquez Castro, Logistics Coordinator at the Mercado de Trueque. "The people who attend have improved their culture and their habits in relation to this issue and the most important thing is that they have shared all the information they have acquired. Now, the main challenge is to attack the problem and create a culture of responsible consumption". 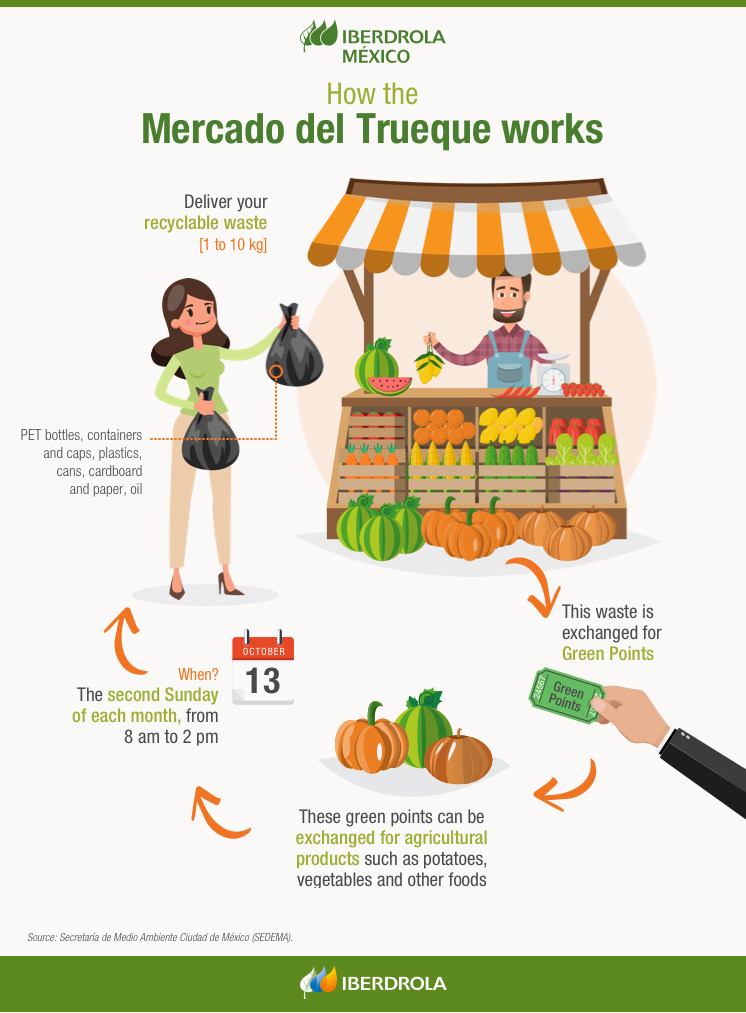 How the Mercado de Trueque works.

The Mercado del Trueque began in 2012 and it was a success from the start, with over 20,000 people attending the first market and 173,456 tonnes of recycled waste collected. It has continued growing since then in terms of both locations, associated activities and its scope. The Mexico City Ministry of Environment publishes specific data on each market, both on the as well as on the exact amounts of each waste collected—plastic, high density polyethylene (HDPE), polyethylene terephthalate (PET) and others—thus continuing the educational character that marks the initiative.

"An average of 4.000 people attend each market and 12 tonnes of solid waste is sent to recycling, ensuring it does not end up in municipal landfills or illegal dumps, or, worse, in the streets", explains the programme's logistics coordinator. However, for Marthin Vázquez Castro, the Market has a more important goal: "For more and more participants to visit us, but for each participant to bring in less waste, for people to generate less and less waste. This change would result in cleaner houses, cleaner neighbourhoods, cleaner cities, cleaner states and a cleaner Mexico".

"Educators from the Environmental Culture Centres in Acuexcomatl, Ecoguardas and Yautlica are the Market's operational cornerstone, supported by volunteers and members from each of the venues visited, in addition to also receiving support from staff from other departments within the Mexico City Ministry of Environment. All this adds up to the approximately 170 people needed to operate each Market", explains the sustainable barter market's logistics coordinator. Upcoming dates: 13 October at the Monument to the Revolution, 10 November in Bosque de Tlalpan, and on 8 December in Bosque de San Juan de Aragón. 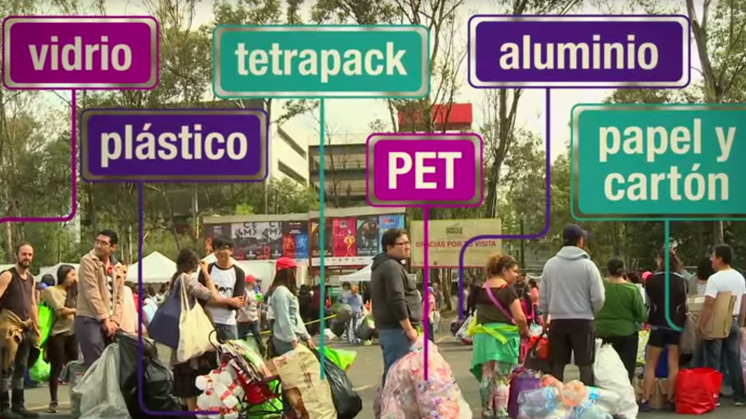 The success of the Mercado del Trueque continues in Mexico City on the second Sunday of each month, and it has become a role model for other regions in the country. Green Barter has been running in Xalapa, in the state of Veracruz, since the beginning of 2019. In addition to allowing citizens to exchange their plastics, cans and other rubbish for local food and seeds, it also includes one of the area's sustainable raw materials, tepezil (pumice stone), as well as organic fertilizer.

The challenge, in the case of Mexico City, is complex because of the city's layout, but the first steps have been taken. The educational and participatory nature of the Market and the commitment by the authorities to sustainable initiatives are the main weapons in the fight to promote recycling in a city that continues to grow. However, the results are encouraging and serve as a mirror for other areas in the country. “Due to the Market's success, now our main aim is responsible consumption, by dispensing with single-use plastics: now it is not enough only to recycle, it is important to stop generating solid waste”, says the initiative's logistics manager. Bartering is defending the environment in Mexico.