"The coral reefs are being boiled alive". This statement from Gabriel Grimsditch, a member of the marine ecosystems division of the United Nations Environment Programme (UNEP) has set alarm bells ringing. Indeed, the outlook for coral is not very encouraging: scientists reckon that almost 90 % of these super ecosystems could be wiped out by 2050. 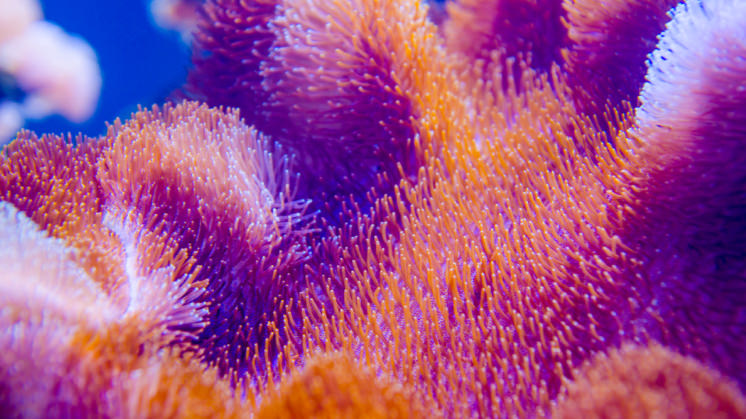 The importance of coral and the high risk of it disappearing is worrying the scientific community.

Coral reefs look like tropical (marine) forests in a myriad of different shapes, sizes and colours, but in reality they are colonies of thousands of tiny animals that are essential to the survival of hundreds of millions of people, and responsible for 25 % of the world's marine fauna, according to UN data. From small fish and molluscs to larger species like turtles, sea birds and sharks, they all depend on these incredibly delicate ecosystems that could disappear over the coming decades due to global warming.

WHAT IS A CORAL REEF AND HOW IS IT FORMED

These ocean oases originate from the calcium carbonate secreted by colonies of stony corals marine animals made up of thousands of small polyps, similar to anemones. Each of these diminutive invertebrates surrounds itself with a calcareous exoskeleton that remains after its death and, together with the rest of the colony, produces the initial structure onto which other sediments, corals and seaweeds settle to build up the reef.

On his voyages the British naturalist Charles Darwin, father of the Theory of Evolution, studied the origin of these age-old formations that can extend as far as 2,600 kilometres, as is the case with Australia's Great Barrier Reef. Darwin correctly speculated that the familiar atolls — circular reefs — and barrier reefs are different stages of the same reef formed millions of years ago around a gradually sinking volcanic island that eventually disappeared below the water.

Coral reefs usually grow in clean, shallow tropical waters with plenty of light. These are the three main types:

This is a coral strip that runs parallel to the shore and is separated from the land by a channel or lagoon of a certain depth.

This is a ring with a deep interior lagoon connected to the open sea. They are most common in the Pacific Ocean.

This type is connected to the shore or separated from the coast by a channel or shallow lagoon.

Some less important versions include patch reefs, table reefs, bank reefs and cays, among others.

These ecosystems are as rich in biodiversity as they are sensitive to changes in water temperature. Scientists like Gabriel Grimsditch, reef expert for the United Nations Environment Programme (UNEP), insist that the warming and acidification of the oceans is stressing the corals to such an extent that they are losing their colour, in a reaction known as bleaching that reduces their reproductive capability and can end up killing them.

This phenomenon is increasingly affecting the earth's coral, and in the Pacific Ocean (home to 25 % of the world's reefs) it is expected to happen every year for the next fifteen years, according to the report The Coral Reef Economy (2018), produced by the UNEP itself and other international institutions. As for the future of the reefs, the Intergovernmental Panel on Climate Change (IPCC) estimates that by 2050 between 70 % and 90 % of coral will have been wiped out, even if we manage to keep global warming at 1.5 ºC above pre-industrial levels. 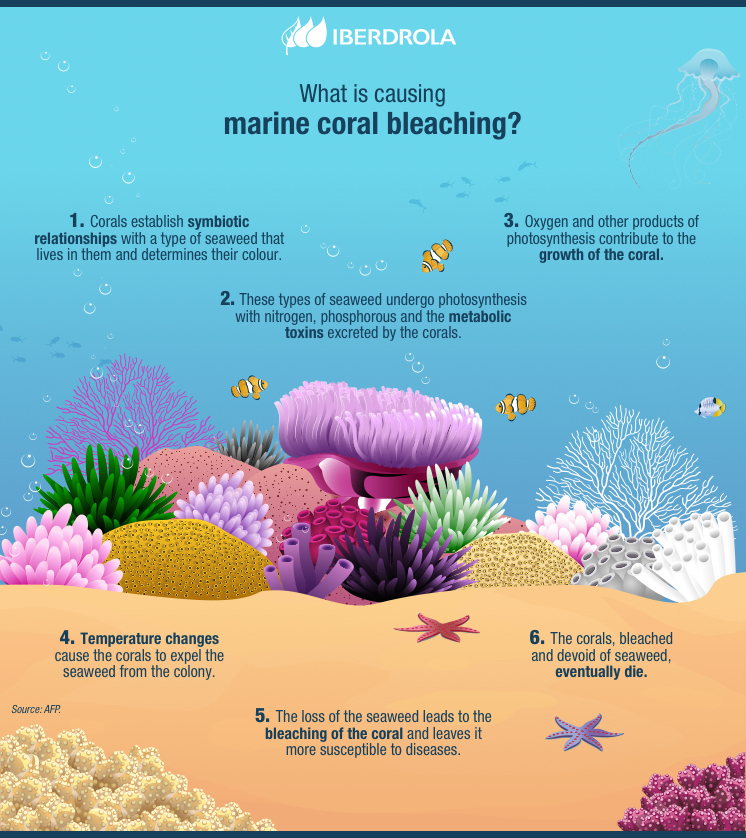 What is causing marine coral bleaching?

THE IMPORTANCE OF CORAL REEFS

Coral reefs don't just supply shelter and food for 25 % of the world's marine fauna, as we mentioned earlier. They are also a major tourist attraction that generate revenues in the billions, they protect us from flooding and tsunamis, they contribute to food security through fishing and they are used in some cancer drugs.

Reefs are also the natural habitat of endangered species such as gorgonias, sea pens and anemones, amongst others. The UNEP report also highlights the importance of corals for the economies of Central America and Indonesia, two regions that could each be over US$34 billion better off between now and 2030 if we can improve the health of the reefs.

HOW TO AVOID THE EXTINCTION OF THE CORALS

The UNEP's reef expert, Gabriel Grimsditch, reminds us that there is still plenty we can do to conserve these ecosystems that even managed to survive the extinction of the dinosaurs. The main measures include: