What is Water Pollution? | Causes and Effects

Water pollution: how to protect our source of life

The planet keeps nudging us with increasingly extreme droughts, reminding us that water is life. It is an essential resource upon which all living beings depend and it is crucial to all social and economic development, as well as energy production and adaptation to climate change. Nevertheless, we are now facing a gigantic challenge. How do we stop contaminating our rivers, seas, oceans, canals, lakes and reservoirs? 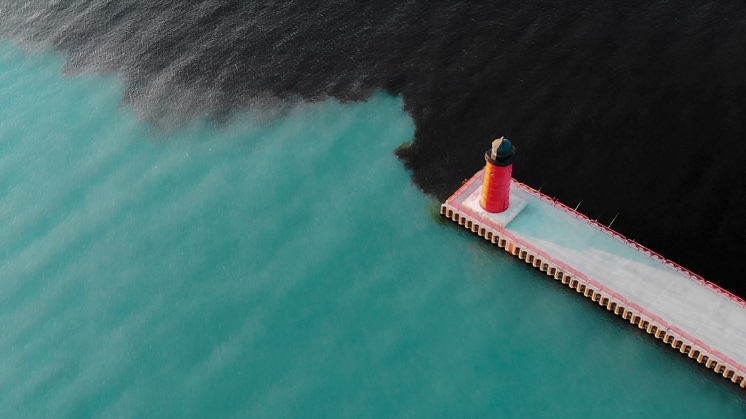 Water pollution is endangering the health of millions of people around the world.

The waters of the River Ganges flow clear and clean through the Indian city of Rishikesh at the gateway to the Himalayas. In these mountains, nobody would guess that this water will be transformed into one of the most heavily polluted rivers in the world, with faecal bacteria levels up to 31 million per 100 millilitres. This is according to reports from Sankat Mochan Foundation, an organisation struggling to restore the Ganges to its former glory. These levels mean that the sacred river has become synonymous with water pollution, a worldwide problem affecting one in every three people on the planet, according to the United Nations (UN).

WHAT IS WATER POLLUTION

The World Health Organisation (WHO) says that polluted water is water whose composition has been changed to the extent that it is unusable. In other words, it is toxic water that cannot be drunk or used for essential purposes like agriculture, and which also causes diseases like diarrhoea, cholera, dysentery, typhoid and poliomyelitis that kill more than 500,000 people worldwide every year.

The main water pollutants include bacteria, viruses, parasites, fertilisers, pesticides, pharmaceutical products, nitrates, phosphates, plastics, faecal waste and even radioactive substances. These substances do not always change the colour of the water, meaning that they are often invisible pollutants. That's why small amounts of water and aquatic organisms are tested to determine water quality.

It is sometimes caused by nature, such as when mercury filters from the Earth's crust, polluting oceans, rivers, lakes, canals and reservoirs. However, the most common cause of poor quality water is human activity and its consequences, which we will now go on to explain:

Chemical dumping from these sectors is one of the main causes of eutrophication of water.

The UN says that more than 80% of the world's sewage finds its way into seas and rivers untreated.

Much of the plastic pollution in the ocean comes from fishing boats, tankers and cargo shipping.

The transportation and storage of oil and its derivatives is subject to leakage that pollutes our water resources.

Deteriorating water quality is damaging the environment, health conditions and the global economy. The president of the World Bank, David Malpass, warns of the economic impact: "Deteriorating water quality is stalling economic growth and exacerbating poverty in many countries". The explanation is that, when biological oxygen demand — the indicator that measures the organic pollution found in water — exceeds a certain threshold, the growth in the Gross Domestic Product (GDP) of the regions within the associated water basins falls by a third. In addition, here are some of the other consequences: 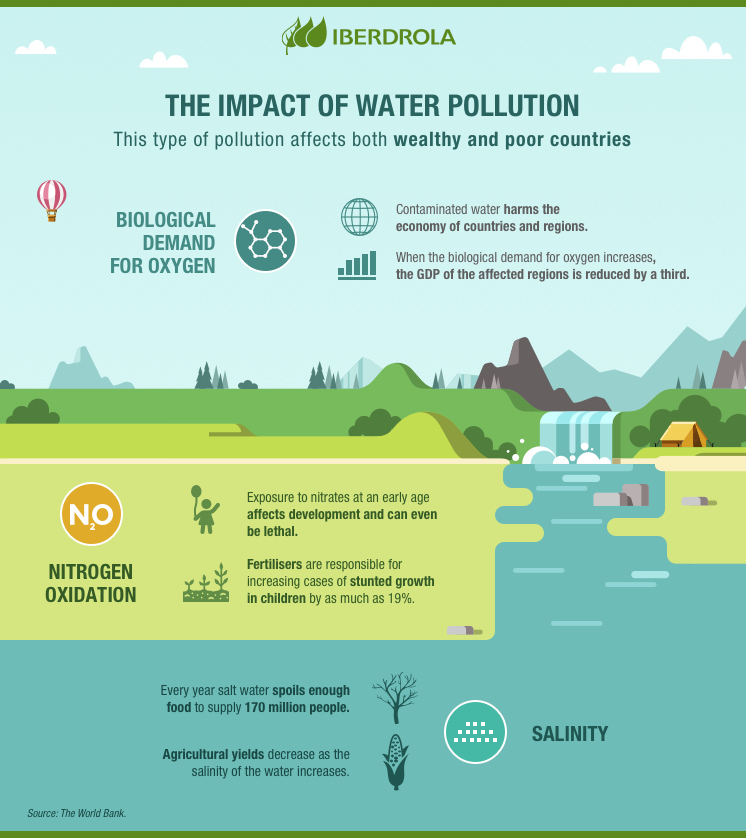 The impact of water pollution.

Half of the world's inhabitants will live in water-scarce areas by 2025, so every drop of polluted water today is an irreparable loss for tomorrow. That's why we must prevent water pollution with measures like the following: