What is soil pollution? Causes, effects and solutions - Iberdrola

Soil pollution, its effects on our future and what we can do to reduce it

We tend to look skywards when talking about pollution, but this problem is not confined to our skies. The soil in which our fruit and vegetables grow is also suffering its consequences, the effects of which getting to us directly, for instance, through the aforementioned foodstuffs. The time has come to look after what lies under our feet! 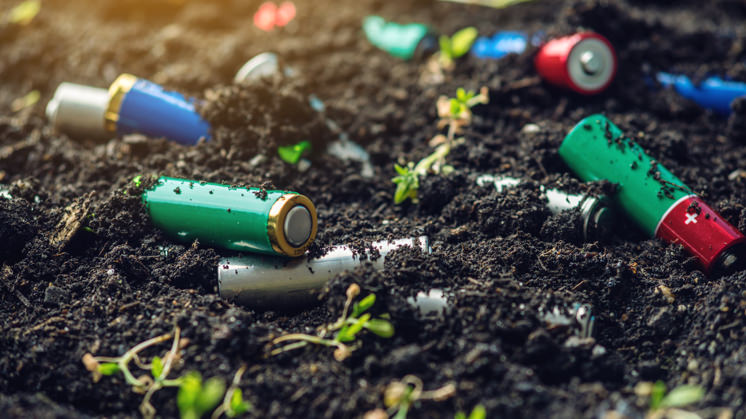 The soil is the skin of the earth, a mantle full of scars, thousand-year-old wrinkles and more recent injuries caused both by man and nature itself. Some of these ulcers are incurable — such as the extinction of species —, whereas others jeopardise health and food security, all of which threaten the well-being of the world's 3.2 billion inhabitants, as made clear in the latest report on soil degradation by the Intergovernmental Science-Policy Platform on Biodiversity and Ecosystem Services (IPBES).

WHAT IS SOIL POLLUTION

This invisible affliction appears when the concentration of pollutants on the surface becomes so high that it harms land biodiversity and endangers health, particularly through food. Activities such as stock breeding and intensive farming use chemicals, pesticides and fertilisers that pollute the land, just as happens with heavy metals and other natural and man-made chemical substances.

Soil pollution is a global threat that is particularly serious in regions like Europe, Eurasia, Asia and North Africa, as indicated by the Food and Agricultural Organization of the United Nations (FAO). The FAO also affirms that both intense and even moderate degradation is already affecting one third of the world's soil. Moreover, recovery is so slow that it would take 1,000 years to create a 1 centimetre layer of arable soil.

CAUSES AND TYPES OF SOIL POLLUTION 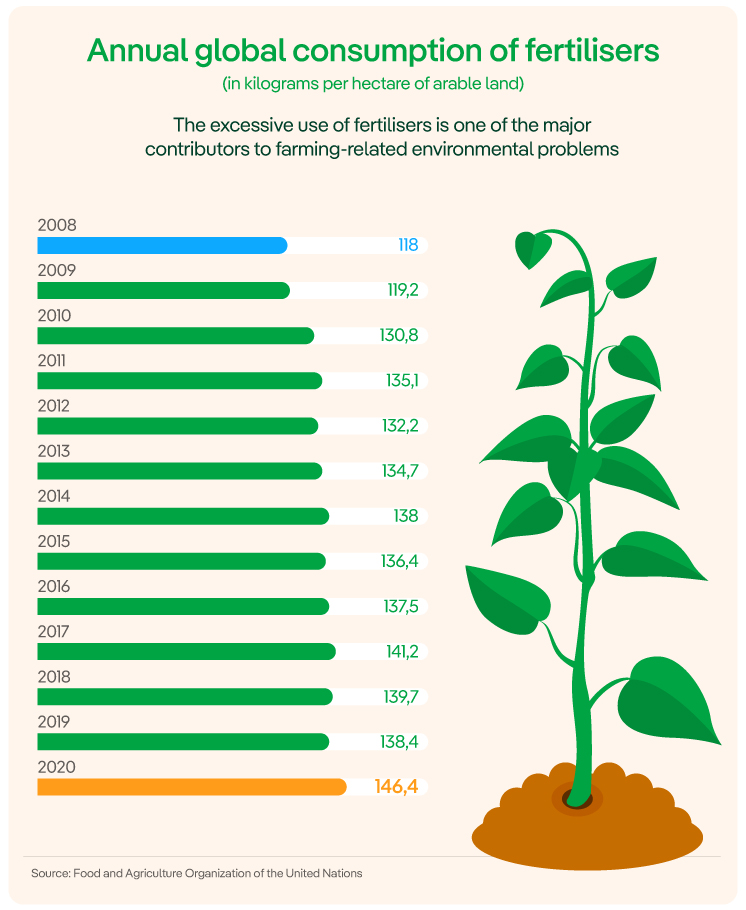 The toxic substances that are deposited on the earth's surface harm our health and well-being and affect food, water and air quality. The most important effects of soil pollution according to IPBES and the FAO are indicated below:

Soil pollutants enter our body through the food chain, causing illnesses to appear. Moreover, the spread of antibiotics in the environment increases the pathogens' resistance to these drugs.

In the first decade of the 21st century, soil degradation released between 3.6 and 4.4 billion tonnes of CO2 into the atmosphere.

Soil degradation affects the quality of air and water, particularly in developing countries.

Soil degradation and climate change will have driven between 50 and 700 million people to emigrate by 2050.

Soil contamination is one of the main causes that could trigger the sixth mass extinction event in history — the population of land vertebrates fell by 38 % between 1970 and 2012 —.

The number of inhabitants in the most arid areas of the earth could account for 45 % of the world's population in 2050, while world wetland areas have decreased in size by 87 % over the last three centuries.

Soil degradation is a complex problem that requires governments, institutions, communities and individuals to take joint measures. The following are just some of the things we can do to improve its health: