AN INTERVIEW WITH GUILLERMO MARTÍNEZ, AYÚDAME3D

Ayúdame3D is a project created in Spain that makes "trésdesis" - prosthetic arms made using 3D printing techniques - for people without resources, anywhere in the world. The project sets out to improve their quality of life by harnessing innovation and the numerous possibilities of new technologies. Guillermo Martínez, one of the founders of this project, talked to us about this initiative and invites you to collaborate with them. 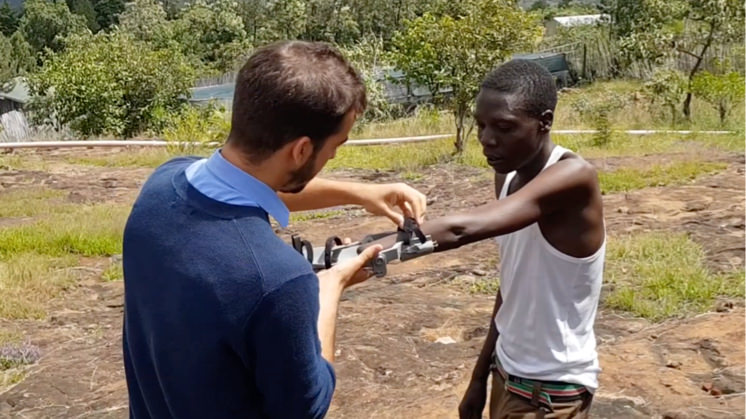 A 3D printer and the most common type of plastic, PLA. That's all that Guillermo Martínez and the team at Ayúdame3D need to improve people's lives. Their most recent prosthetic is called Trédesis Vicky and has been designed for people without elbows. Martínez, who previously worked in the toy industry, is responsible for managing beneficiaries and 3Dhelpers at Ayúdame3D. At the fifth Iberdrola group Digital Summit held on the Campus at San Agustín del Guadalix (Madrid) he encouraged us to donate to the project.

Can you sum up a trédesis in a few words?

A trésdesis is a 3D-printed arm created for someone who needs it, anywhere in the world, but who can't afford it.

3D prostheses already existed. What made you decide to get involved in this project? What can you bring to it?

I got involved in the 3D printing world by chance. I'd been studying 3D design for some time and I wanted to learn how it worked. I saw on the internet that people without fingers were being helped and I wanted to do my bit. For example, we developed the first non-electronic arm for people without elbows to enable them to grasp objects.

The latest model is different from its predecessors. Who is it designed for? Are you going to design more?

Trésdesis Vicky is for people without elbows. It is called Vicky after a child at an orphanage I visited in Kenya. The idea behind the Ayúdame3D project is to make progress, in other words to help as much as we can and try to develop new types of prostheses.

You don't sell these prostheses, rather you give them away through Ayúdame3D. How do you pay for this?

A lot of people, companies and social organisations collaborate through, for example, Corporate Social Responsibility (CSR) programmes and the fact is that we need their support to be able to continue with the project. It is thanks to them that we are succeeding in helping around 150 people every year and we are working in 34 countries.

You use PLA, the most common type of plastic. Can anyone with a 3D printer work with you?

We have people with 3D printers working with us all over the world. If you would like to join the project, all you need to do is to write to us and fill in the forms on our web site

The first trip to deliver 3D prosthetics was to Kenya: a friend knew of an orphanage and five people in the area who needed them. How did you feel when you saw their reactions?

I realised that we are doing something to change some people's lives a little, and helping them be more independent in their daily lives. I remember the teacher in Kenya who told me that at last he would be able to pick up a book and a piece of chalk during his classes. It opened my eyes to continue with the project and create Ayudáme3D to be able to offer this help all over the world. 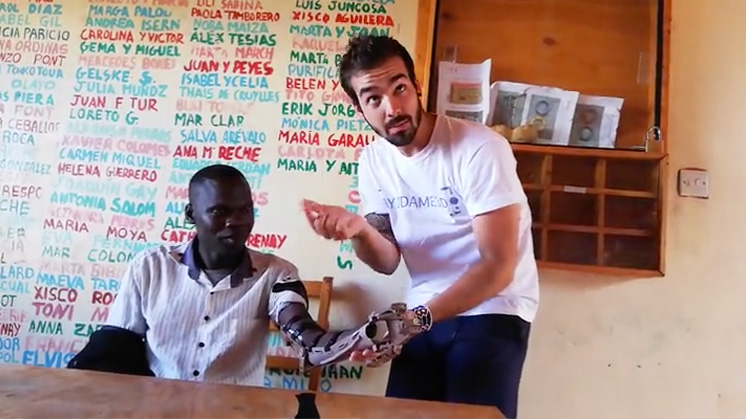 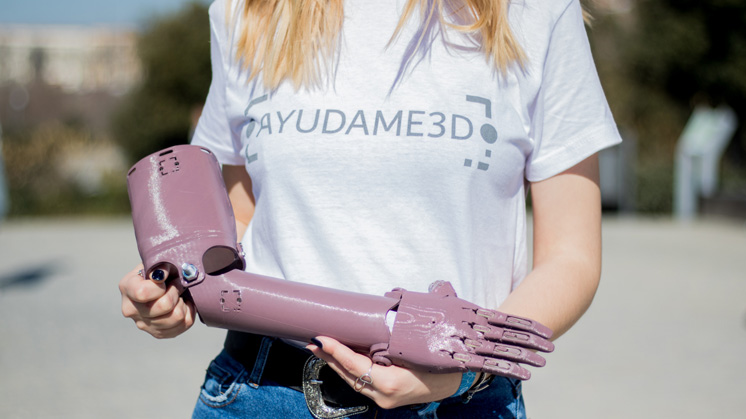 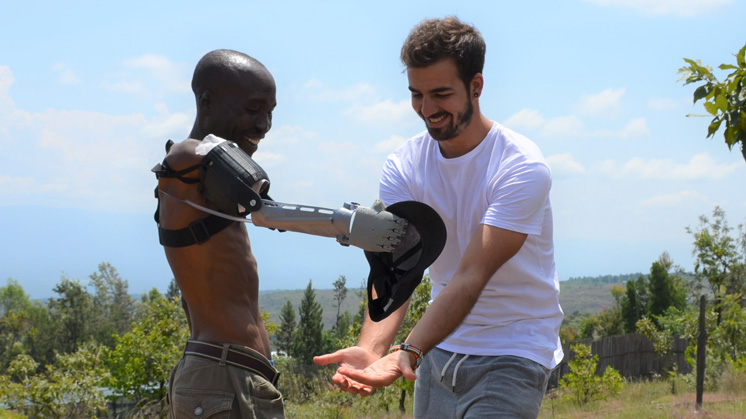 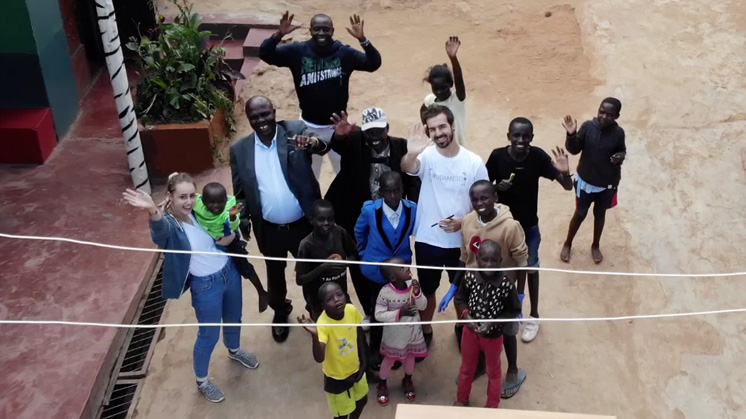 With the help of private individuals, companies and social organisations we have been able to help more than 150 people

What do people in need of prosthetics need to do to get them?

People can contact us directly or through the social organisations that help us and provide us with information about people in need.

You also organise children's workshops. Tell me about them.

We have the A3d:kids programmes which we run in schools all over Spain to foster the social values of new technologies among children. Kids have the opportunity to print an arm for someone who needs it. As well as making them a part of the project, they realise how easy it is to help using 3D printing and new technologies.

You use technology to improve the lives of those who need it most. Is this in line with the United Nations Sustainable Development Goals (SDG).

Ours is a very cross-cutting project within sustainable development since we work with new technologies to improve the world and society. Thanks to our arms, certain people can have a better quality of life and, for example, get better jobs.