How Social Media impacts on Youth

HOW TO FIGHT ADDICTION TO SOCIAL MEDIA

Psychologists, psychiatrists and experts from Silicon Valley are warning that social media use can be addictive and its consequences the same as those of any other addiction: anxiety, dependence, irritability, lack of self-control, etc. Faced by this prospect, people are increasingly asking: are social media a real problem? 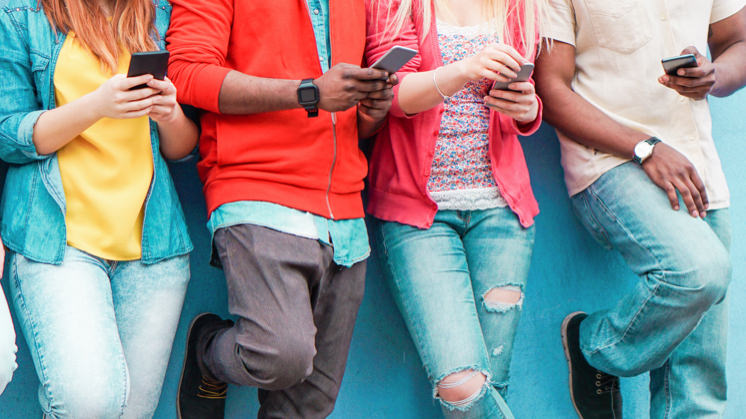 With the proliferation of social media we are becoming ever more dependent on our virtual lives.

Research carried out by the Chicago Booth School of Business already indicated five years ago that Facebook, Twitter and other social media can be more addictive than tobacco and alcohol because, among other things, access to them is simple and free. In fact, if the father of the iPad, iPod and iPhone himself, Steve Jobs, wouldn't allow his kids to get too tied up with technology (he restricted their usage time), he probably had some idea of how social media affect our youngsters.

What is for sure is that, according to many experts, the use of social media — and that includes instant messaging services — can lead to serious addictions and their associated consequences: anxiety, depression, irritability, isolation, distancing oneself from the real world and from family relationships, loss of control, etc. But what do we really mean by addiction?

An addiction is a dependence on substances or activities that are harmful to health or psychological equilibrium. These activities include, for example, playing video games — already classed as an illness by the World Health Organisation (WHO) — an obsession with work, on and off-line gaming, and, for many also, the excessive use of social media which in fact now have over 3 billion active users throughout the world. Nevertheless, despite these overblown figures, experts believe that only a small percentage of those 3 billion exhibit a real dependence on social media. 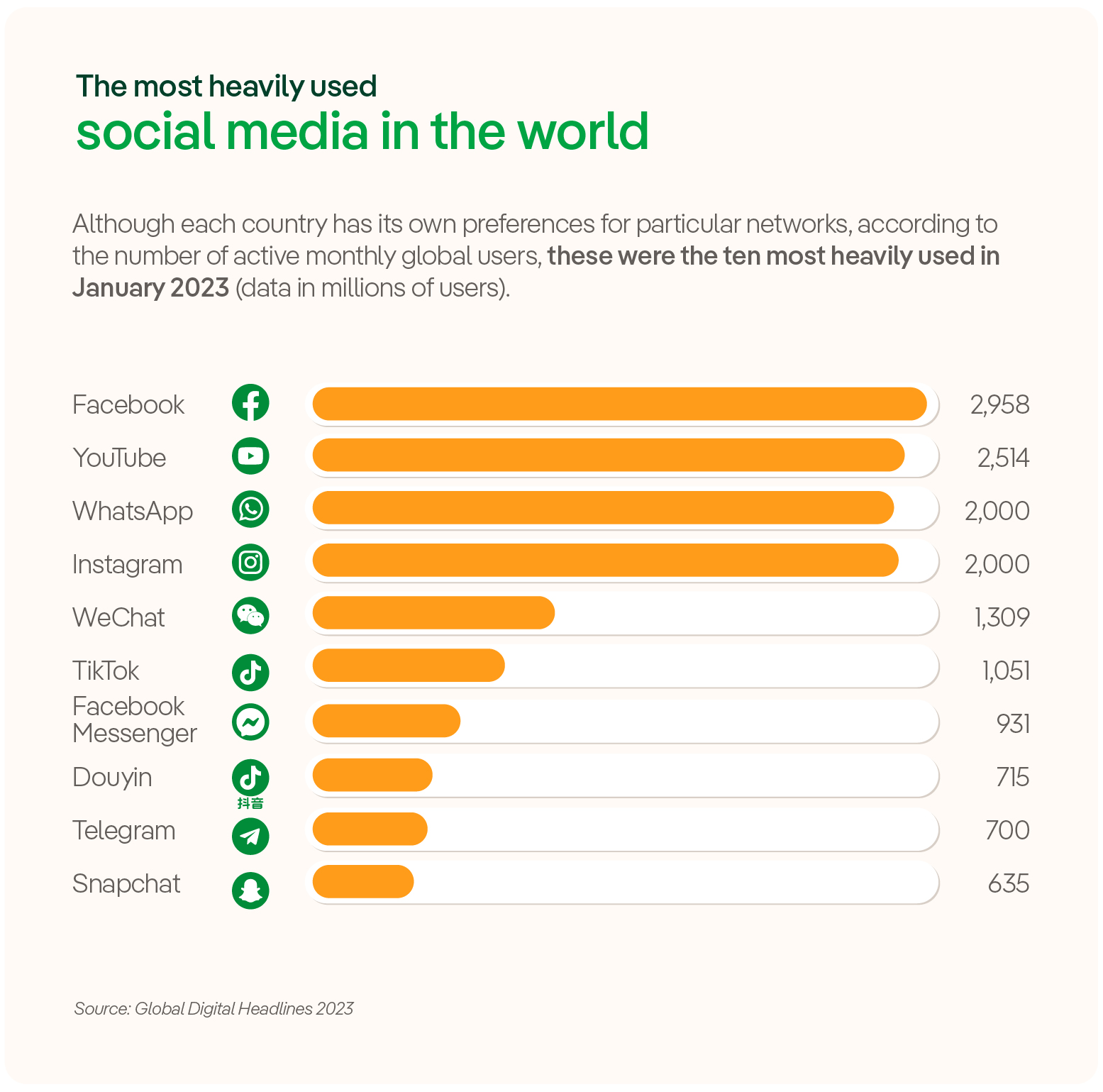 The most heavily-used social media in the world.

Discover the most heavily-used social media in the world

Although each country has its own preferences for particular networks, according to the number of active monthly global users, these were the ten most heavily used during 2018 (data in millions of users).

CAUSES AND PROFILE OF PEOPLE ADDICTED TO SOCIAL MEDIA

Amongst the most widely-recognised causes of addiction to social media are low self-esteem, personal dissatisfaction, depression and hyperactivity, and even lack of affection, a deficiency that adolescents frequently try to replace with the famous likes. In fact, many young people seek them out almost compulsively to experience an intense — but always fleeting — feeling of satisfaction that nevertheless can be counter-productive by making them dependent, in the long term, on the opinions of others.

The usual profile of the addict is a young person aged between 16 and 24. Adolescents are at the highest risk of falling into addiction, experts say, for three basic reasons: their tendency to be impulsive, their need for a widespread and growing social influence, and finally, the necessity for them to reaffirm their group identity.

Sherry Turkle, a psychoanalyst at the Massachusetts Institute of Technology (MIT), has done extensive research into the impact of social media on relationships and confirms that they weaken human ties. In her book Alone Together: Why We Expect More from Technology and Less from Each Other she describes in detail the negative impacts of being constantly connected, which, paradoxically, brings with it a certain feeling of loneliness. As she herself states "The ties we form through the Internet are not, in the end, the ties that bind. But they are the ties that preoccupy."

SYMPTOMS OF DEPENDENCE ON SOCIAL MEDIA

What constitutes addiction? The boundaries are blurred, but there are some indicators that give a good idea as to the existence or otherwise of that dependence on social media, although the final word always rests with the medical profession. These are the usual giveaways:

HOW TO PREVENT ADDICTION TO SOCIAL MEDIA

As with all addictions, prevention is better than cure. In this regard there are some simple practices that are very effective in reducing that excessive use of social media that leads to dependence. The following are among the most effective:

Set a minimum time of 15 minutes between connections.

Do without your mobile at key times of the day (breakfast, lunch and dinner).

Put your mobile on silent and don't even use it as a watch or alarm, to avoid temptation.

Set a minimum time each day for completely offline activities such as sport, reading or listening to music.

Cut down your number of social media friends.

Internet Ethics: a key part of the digital future