Natural pollinators: definition, causes behind its disappearance and main risks

WHAT IS NATURAL POLLINATION?

Warning! Natural pollinators are in danger

Bees and other animals do silent yet essential work for our survival. The vast majority of the world's food crops depend on natural pollination by these species, which are now threatened by intensive agriculture, pesticides, pollution and climate change. 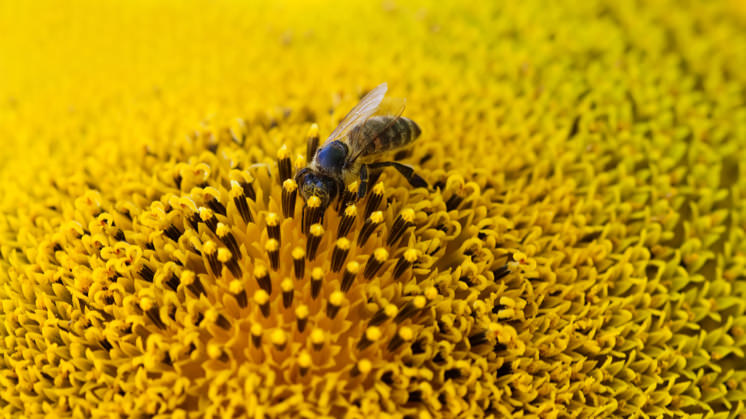 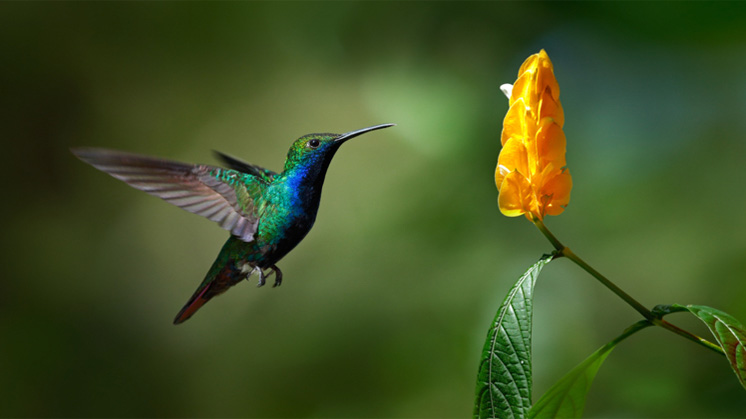 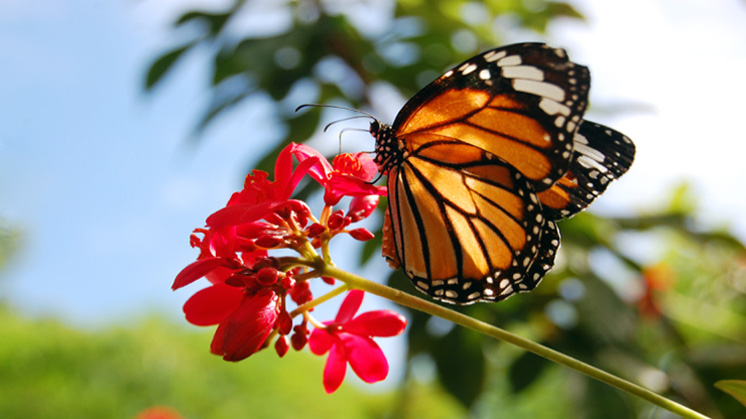 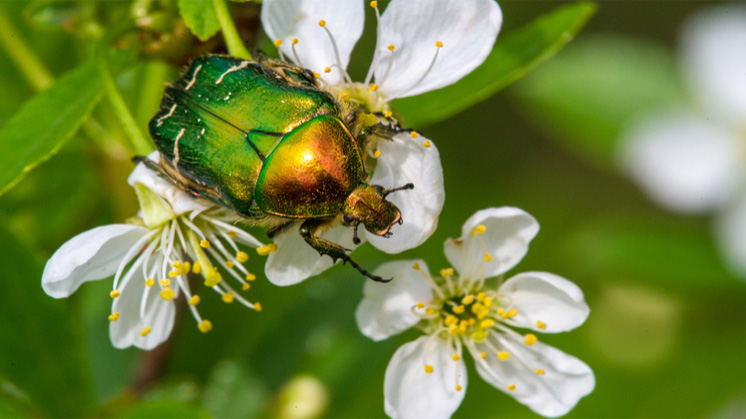 Almost all plants, wild or grown by humankind, need natural pollinators in order to reproduce. These are insects like bees, butterflies, beetles and flies, as well as some birds like hummingbirds and mammals like bats —which pollinate more than 500 species of tropical plants. The majority of the world's crops depend on these animals, which are currently endangered, particularly because of the use of pesticides.

THE IMPORTANCE OF NATURAL POLLINATION

Natural pollination consists of the transfer of pollen between the male and female organs of the flowers, without human intervention. In other words, pollen is transferred from the stamens to the stigma of the flowers, where it fertilises the ovules, making seed and fruit production possible. In this case, plants reproduce when interacting with pollination vectors, which are animals and natural elements such as water and wind that carry pollen from flower to flower, fertilising them.

Biotic or animal pollination, known as zoopollination, In its last evaluation report on pollinators, pollination and food production, the Intergovernmental Science-Policy Platform on Biodiversity and Ecosystem Services (IPBES), an independent organisation supported by the United Nations (UN), estimated that almost 90% of wild flowers need them to reproduce.

This document, published in 2016, also states that the capacity or quality of more than 75% of the world's main food crops are partly dependent on natural pollination. Likewise, it's estimated that between 5% and 8% of worldwide agricultural production is a direct result of zoopollination, giving it a market value of 235,000 and 577,000 million dollars per year.

CAUSES OF DISAPPEARANCE OF NATURAL POLLINATORS

A study by the International Union for Conservation of Nature (IUCN) warns of the reduction in the amount and diversity of wild pollinators worldwide, especially in North America and north-west Europe. According to the evaluations of this organisation on its Red List, a few crucial invertebrates like bees and butterflies are among the most severely endangered species — more than 40% of bee families are threatened with extinction.

These are some of reasons that natural pollinators are disappearing: 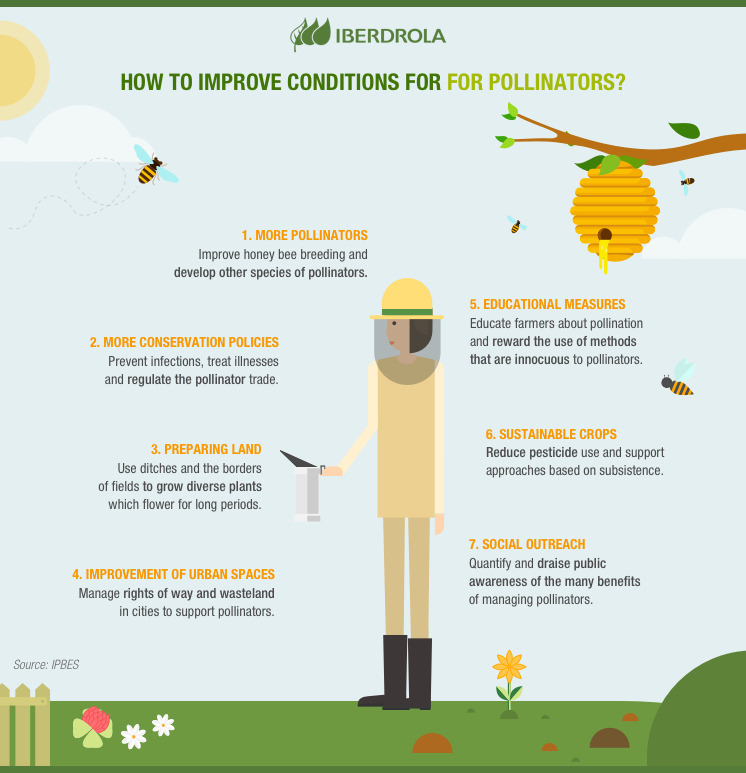 How can we improve conditions for pollinators?

SEE INFOGRAPHIC: How can we improve conditions for pollinators? [PDF]

THE RISKS OF NATURAL POLLINATORS DISAPPEARING

The international community is worried about the decline in natural pollination. A reasonable fear, as global agriculture needs more pollinators every day to supply food: crops that depend on these animals currently yield 300% more than five decades ago.

The extinction of pollinators could put our health at risk, as we will lose the ability to grow vegetables, fruit and seeds —food necessary for a healthy diet. It would also harm development of medications, biofuels, fibres such as cotton and construction materials like wood. Crop losses due to natural pollination would affect the economy of many countries and many jobs would be lost in the farming industry and ancillary industries.

HOW CAN WE SAVE NATURAL POLLINATORS FROM EXTINCTION?

The UN, through IPBES, has suggested a strategic plan to slow down the disappearance of natural pollinators, which consists of:

Promoting the transition towards sustainable agriculture and eliminating large areas devoted to monoculture.

Paying more attention to pathogen hygiene and control at honeybee farms. This involves improving the rules regarding the use of and trade in honeybees.

Diversifying crops and rehabilitating ecosystems to ready them for the consequences of climate change.

Driving global governance to enable a coordinated approach between different sectors and jurisdictions, making society aware of the magnitude of the problem.

The theft of sand, a phenomenon which has devastating effects

Why give children environmental education?