The importance of climate change education

How can environmental education help to combat climate change?

Education is an essential factor in the ever more urgent global fight against climate change. Knowledge regarding this phenomenon helps young people to understand and tackle the consequences of global warming, encourages them to change their behaviour and helps them to adapt to what is already a global emergency. 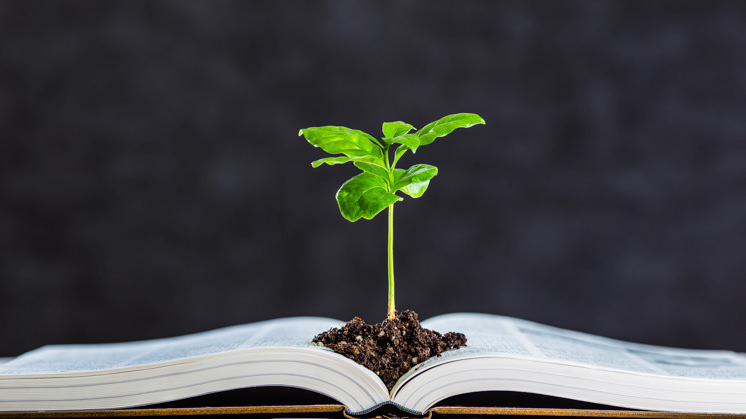 Education will be a key tool in the fight against climate change in the coming years.

Benjamin Franklin once wrote: "An investment in knowledge pays the best interest". In environmental matters, and more particularly, in anything related to climate change, UNESCO endorses this view. For UNESCO, education, especially when focused on children and young people, is a key factor in helping to curb climate change. Specifically, it says that "education... encourages changes in young people's attitudes and behaviour and helps them to adapt to climate change-related trends".

THE IMPORTANCE OF ENVIRONMENTAL LITERACY

In the past few years, various initiatives have been launched to try to curb climate change. Prominent among them are the 17 Sustainable Development Goals (SDGs) promoted by the United Nations (UN) since 2012. One of them, number 13, is entitled Climate Action.

The success of these kinds of initiatives is largely dependent on environmental literacy drives among populations that are often strangers to these major political agreements, and on the development of a culture of care for the climate. But what exactly do we mean by environmental literacy? Educating citizens, especially children, and raising their awareness regarding the causes and consequences of climate change.

In fact the UN, as part of its commitment to education on climate change, says that “it is just as important to make progress in areas such as reducing greenhouse gas emissions and formulating effective government policies as it is to provide education and training to raise awareness in as wide an audience as possible”.

DEVELOPING A CULTURE OF CARING FOR THE ENVIRONMENT 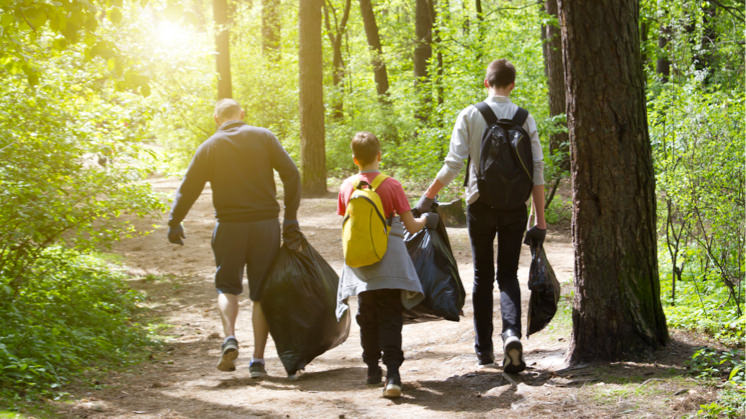 Carrying out activities such as clean-up tasks, in nature.

Visits to farms or nurseries to learn how to take care of animals and plants. 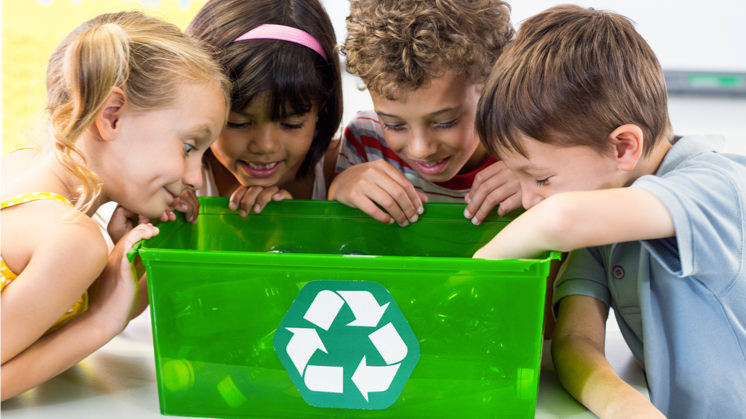 As well as familiarisation with and use of the vocabulary. Experts are increasingly stressing the importance of educating children on environmental matters and developing a culture of caring for the climate. For example a recent report by the University of Stanford looked at how this subject had benefited pupils from nursery school through to leaving secondary school, concluding that 83% of pupils improved their environmental behaviour.

How to bring educational training to schools? As well as including it as a compulsory subject, with Italy, so far, being the only European country to have done this, there are numerous climate change related activities that can be carried out in schools. For example: activities in nature relating to caring for the environment, such as clean-up operations, visits farms and nurseries to learn at first-hand how to look after animals and plants, courses and workshops on recycling, etc.

There are also many technological resources, such as the Educaclima platform, which offer teachers free educational resources related to the environment — climate change, responsible consumption, energy and mobility, etc. — that they can be put into practice with children in the classroom.

Climate change is a problem of human origin, the progression of which, according to an article published by the World Bank, can be changed by applying educational programs incorporating the following ideas:

Make the attainment of worldwide universal education an urgent priority

The high rate of population growth, causing over-exploitation of natural resources among other things, is one of the main causes of climate change. Attainment of SDG 4, which would raise the educational level of women, would enable this rate to be reduced so that by 2050 the world population would be 8.5 billion rather than the 9.1 billion currently forecast. Furthermore, education helps people to adapt to climate change, because it improves their ability to assimilate information, calculate risks, prepare for climate crises and recover from their effects.

Training in these disciplines will enable young people to better understand the physical changes in their environment and provide them with the tools with which to combat climate change. A system of training along these lines will also train and qualify specialists for the green jobs that will be created in a green economy.s. 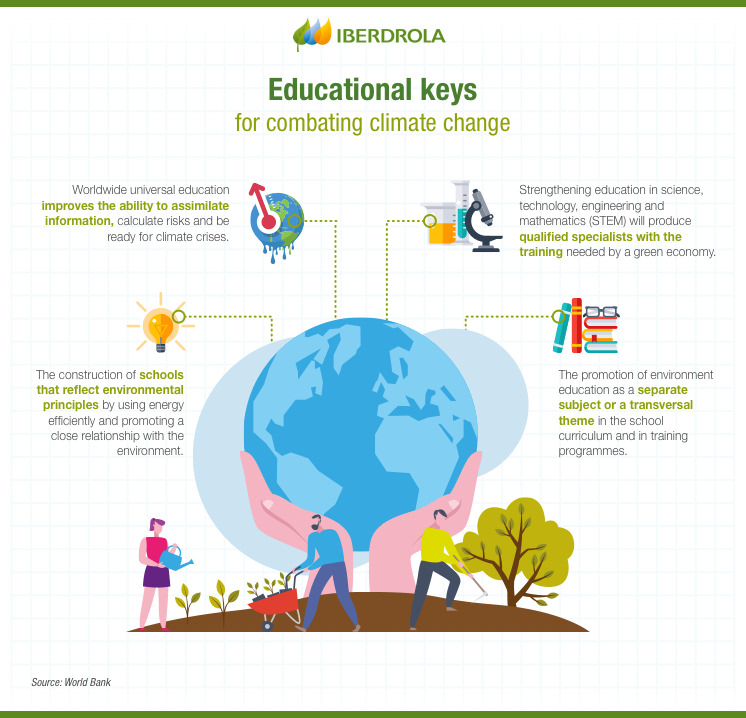 Support the delivery of environmental education in schools

Whether as a separate subject or as a transversal theme in the school curriculum, it is essential to cultivate environmental values and knowledge among young people so that they can lead more sustainable lives. To stimulate their curiosity about the natural world and their concern for the health of the planet, appropriate teaching programmes must be promoted.

Facilities must set an example and use energy efficiently, by, for example, using energy from renewable sources. They must also promote efficient use of water and offer opportunities to interact with the environment. And they must be robust enough to withstand extreme weather events.