What are gender stereotypes and how to stop them?

WHAT ARE GENDER STEREOTYPES

Ending stereotypes begins in the classroom

Girls' self-esteem, ambition and expectations are the first victims of gender stereotypes. Therefore, eradicating clichés and their associated behaviours should be a priority for any society and should begin in schools. Some initiatives advocate introducing female role models into the classroom as a first step. 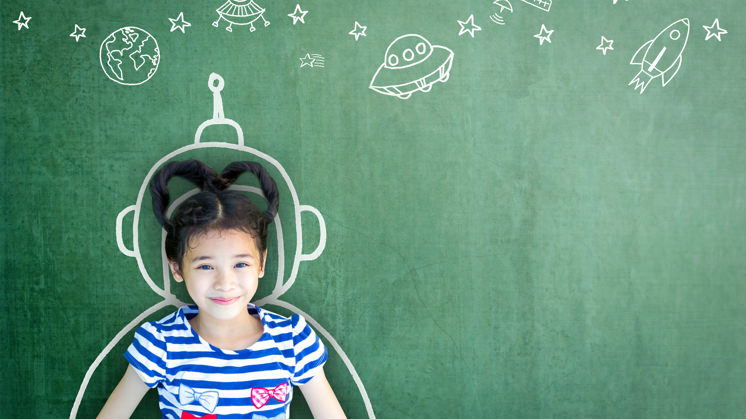 How do we avoid gender stereotypes in school?

On 16 June 1963, in the midst of the Cold War struggle between the United States and the Soviet Union to conquer space, Valentina Tereshkova became the first female astronaut. On board the Vostok 6 and at only 26 years old, the Seagull — that was her call sign during the flight — made history and became a symbol of equality between men and women. During the 70 hours and 50 minutes she was away from Earth she circled the planet 48 times. Nothing more and nothing less. Who said impossible?

56 years have passed since the Tereshkova milestone, but even today if someone reads astronaut, architect, engineer or pilot it is more than likely that in their head they see a man. The reaction is somewhat involuntary because that is the image commonly accepted by society. Besides, the statistics support that assumption. In the case of airline pilots, for example, only 3% of the world's pilots are women. Perhaps we need to look for the reason behind this in order to remedy it.

WHAT IS A GENDER STEREOTYPE AND WHAT CONSEQUENCES DOES IT HAVE

According to the Office of the High Commissioner for Human Rights (OHCHR), a gender stereotype "is a generalised view or preconception about attributes, or characteristics that are or ought to be possessed by women and men or the roles that are or should be performed by men and women". A gender stereotype is therefore harmful when it limits the capacity of women and men to develop their personal attributes or professional skills and to take decisions about their lives and plans.

Gender stereotypes affect girls around the world regardless of their country's level of development and are encouraged by society at large, from parents to teachers. This is one of the main conclusions of the WHO/John Hopkins University Global Early Adolescent Study. And although some may consider this trivial, it has very detrimental consequences for girls from a very early age reducing their aspirations and limiting their career options.

According to the article entitled 'Gender stereotypes about intellectual ability emerge early and influence children's interests' published in the journal Science in 2017, girls begin to feel less intelligent than boys from the age of six. "Neither boys nor girls are born sexist, there is something that we as a society do to them to make them reach that point," says Miriam Gonzalez, founder of Inspiring Girls in Spain. The subject, therefore, has an enormous socio-cultural background; one which, for example, associates certain activities, clothing and hobbies with men and others with women. UNESCO warns that women are under-represented in STEM disciplines (Science, Technology, Engineering and Mathematics): only 29% of researchers worldwide are women.

THE SOLUTION LIES IN EDUCATION

The seed of stereotypes is sown in education, and education is where the solution lies. Therefore, as UNESCO states in its Global Education Monitoring Report, the support of governments is crucial. For example, curricula, textbooks and teacher training programmes should be periodically reviewed to ensure that gender stereotypes are not perpetuated and apprenticeship programmes, tutorials, networks or scholarships should be considered to promote and encourage the incorporation of women into STEM fields.

Within schools, the role of teachers becomes essential when it comes to providing quality, gender-neutral education that promotes students' welfare and respect for professional standards. Lina Gálvez, director of the Master's Degree in Gender and Equality at Pablo de Olavide University in Seville and research expert in gender equality, gives some advice for teachers on how to act against inequality inside and outside the classroom:

Be aware of sexism. Question certain stereotypes that we take as normal but which in reality are social constructions.

Deal with the issue of equality without complexes. Ignore third-party criticism or pressure in addressing equality issues.

Join forces for equal education. The more people involved in this type of education, the more effective it will be.

Think laterally. Reinforce children in their preferences regardless of whether or not they correspond to what the stereotype makes us expect. 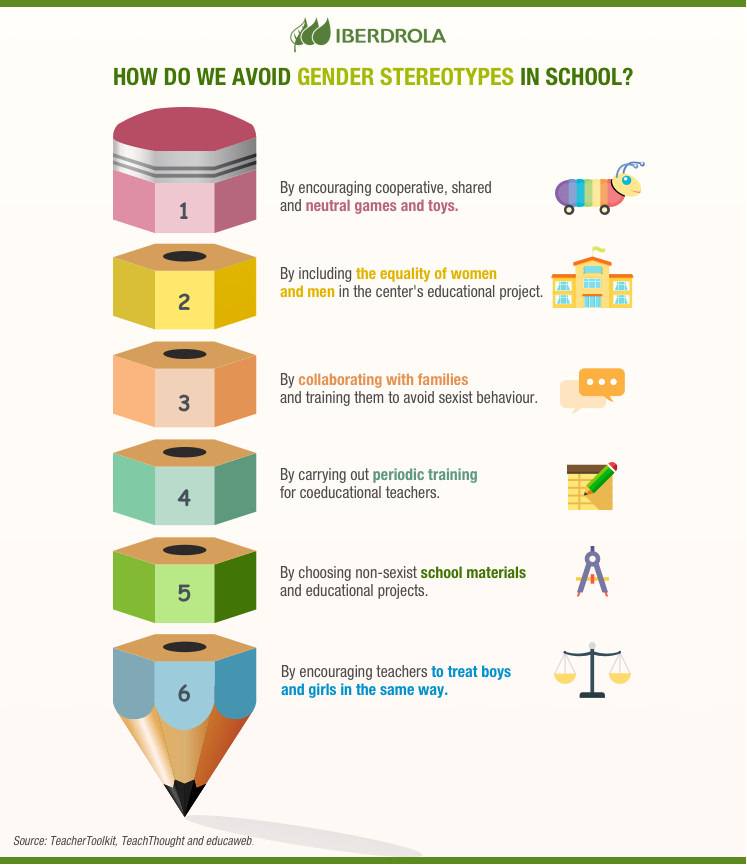 How do we avoid gender stereotypes in school?

SEE INFOGRAPHIC: How do we avoid gender stereotypes in school? [PDF]​​​​​​​

Is it possible to erase these stereotypes from our minds? The organisation Inspiring Girls, which was founded in the UK and is already present in nine other countries, says it is. Its objective is to improve the self-esteem, professional ambition and work expectations of school-age girls by helping them see the wide variety of professions that exist without the fact that they are women imposing any kind of limitation on them.

How do they do it? By organising workshops for girls with working female role models. The female volunteers offer their time to go into schools and explain their jobs to the youngsters: what they are passionate about in their work or what obstacles they encountered during their career development. In short, the aim is to showcase female role models that can become sources of inspiration for the women of tomorrow.

How can educational robots help your children develop?