What is Human Development Index? | Measures and Report

What is the Human Development Index and why has it fallen for the first time since 1990?

After three consecutive decades of economic, educational and health advances, the world has taken a step backwards in 2020 because of the COVID-19 pandemic. This has been announced by the United Nations Development Programme (UNDP), which has been compiling the Human Development Index (HDI) since 1990. 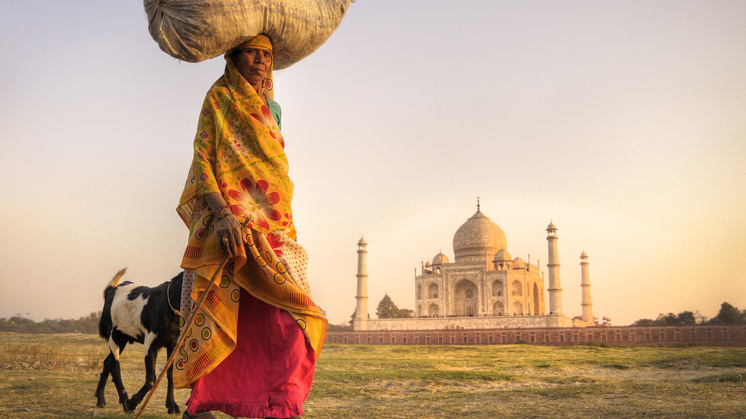 The Human Development Index could set back six years due to the coronavirus crisis.

Among the serious consequences of the SARS-CoV-2 coronavirus is one that does not directly affect any vital organ, but does affect the future of people: the decline in human development. In just a few months, the COVID-19 pandemic has claimed the lives of hundreds of thousands of people across the world, left 60% of school children out of school, and resulted in a projected 4% drop in global per capita income, according to the United Nations Development Programme (UNDP).

WHAT IS THE UNITED NATIONS DEVELOPMENT PROGRAMME (UNDP)

This United Nations (UN) agency is made up of experts who help countries implement integrated and lasting solutions for the planet and its inhabitants. The UNDP addresses issues essential to the development of humanity such as the eradication of poverty, inequality or the impacts of climate change, which is why coronavirus has affected its aspirations, as reflected in the announced fall in the Human Development Index for the first time since its creation in 1990.

Nevertheless, the UNDP has a plan to reverse the pandemic's effects. This includes, for example, reducing the digital divide, improving social protection, safeguarding health services and employment, implementing macroeconomic policies that benefit everyone, promoting ecological governance and other sustainable recovery measures within the UN Framework for the immediate socio-economic response to COVID-19.

WHAT IS THE HUMAN DEVELOPMENT INDEX (HDI)

The Human Development Index (HDI) is an indicator created by UNDP that has shown the degree of progress made by each country for the last three decades. While not exempt from criticism, this initiative by the Pakistani economist Mahbub ul Haq has become the benchmark for taking the pulse of the planet, since it provides a broad overview of the inequalities between regions.

The HDI is used to develop a global human development ranking

. This annual classification makes it possible, on the one hand, to follow the development of a country over time and, on the other, to compare its situation with that of other countries. In this way, governments can better understand their growth options and international aid can be allocated judiciously. 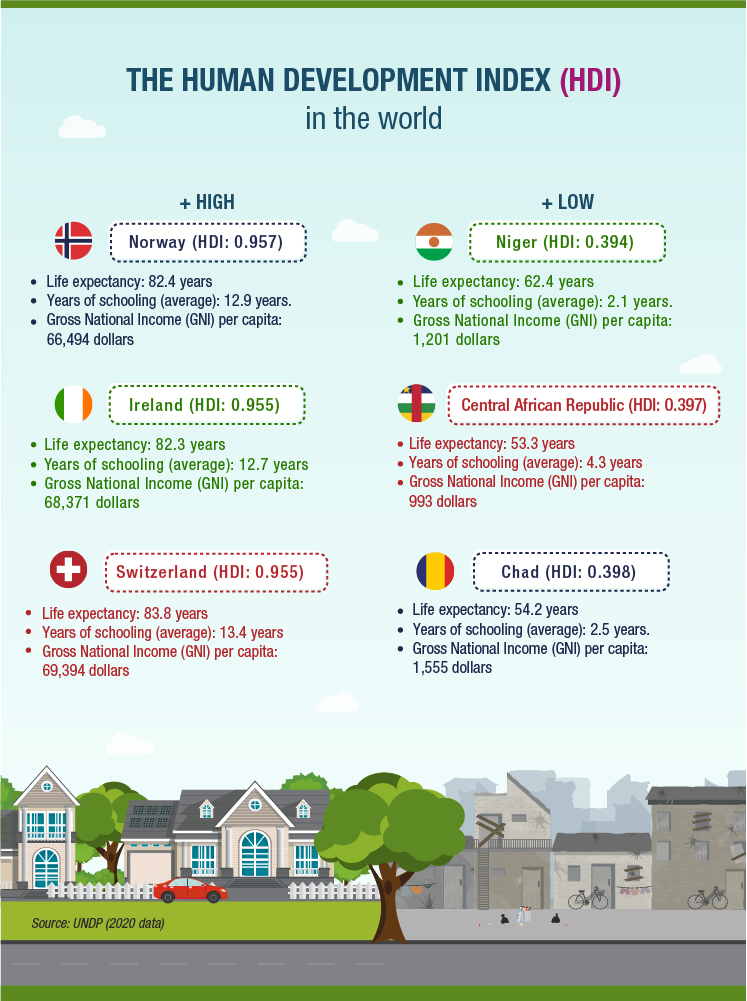 The Human Development Index (HDI) in the world.

WHAT DOES THE HDI MEASURE

This composite index takes into account health, education and economic factors in order to measure a country's human development, as opposed to previous methodologies that were focused purely on economics. Next, we review the variables that the HDI measures:

It is evaluated through life expectancy at birth. This measures the longevity of the population from a minimum age of 20 and a maximum age of 85.

It refers to the educational level of society and measures, on the one hand, the average years of schooling of adults and, on the other hand, the school life expectancy of children.

The wealth of a country is defined by the annual Gross National Income (GNI) per capita for a minimum of 100 dollars PPP (purchasing power parity) and a maximum of 75,000 dollars.

HOW IS THE HDI MEASURED

The HDI is the geometric mean of the three dimensions above, with indices calculated separately for each country using data on life expectancy, schooling and per capita income. The final result always gives a value between 0 and 1 which defines, according to the UNDP, the four degrees of human development detailed below:

However, as the UNDP recognizes, the HDI alone is not sufficient to measure a country's level of progress since it focuses on specific aspects, while human development is a much broader concept that requires other additional indicators.

The Human Development Index is not the only index used by UNDP to measure a country's progress. There are other important ones alongside this indicator: