What is an Urban Garden and how to make one

WHAT IS URBAN HORTICULTURE?

The Food and Agriculture Organization of the United Nations (FAO) asserts that urban vegetable gardens can be much more ecological and efficient than traditional ones, producing as much as 20 kg of food per year per square metre. We explain to you what this domestic horticulture involves and how to set up a vegetable garden at home. 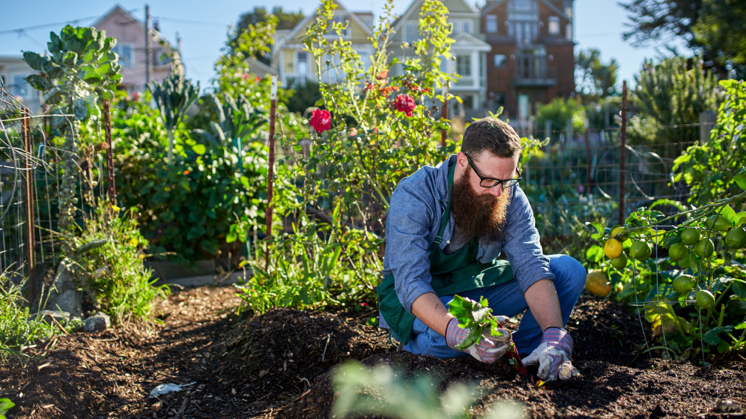 Urban agriculture is changing the landscape in cities, with thousands of small-scale operations proliferating that are growing plants and raising animals either at ground level or on rooftops and terraces. This sustainable movement, which many countries still do not recognise as a formal activity, is practised by 800 million people worldwide and helps low-income citizens save money on food purchases, according to the FAO.

WHAT IS URBAN HORTICULTURE?

Urban horticulture is the cultivation of vegetables, fruits, aromatic plants or medicinal herbs, among other things, outside or in enclosed spaces on a domestic scale. This practice takes place in and around cities, along with other examples of urban and peri-urban agriculture (UPA) such as aquaculture, livestock and forestry, which provide fish, meat, dairy products and timber to the community.

The first urban allotments came into being with the industrial revolution, and they became popular several decades later during the two world wars, when major British and North American cities promoted them among their inhabitants for propaganda purposes and to ensure the supply of food to the population without having to rely on imports. These 'victory gardens' as they were called provided as much as 40% of the vegetables consumed in the United States.

BENEFITS (AND A FEW RISKS) OF URBAN VEGETABLE GARDENS

The FAO maintains that urban vegetable gardens bring many benefits to cities, and highlights the following:

Increased soil yields
Domestic operations can produce up to 15 times as much as rural ones - as much as 20 kg of food per year per square metre.

Ideal for growing vegetables
These kinds of plants are perfect for urban horticulture because they take only a few weeks to grow.

Fairer and more sustainable
Urban vegetable gardens reduce the number of intermediaries and result in savings on transport, packaging and storage. This ensures the horticulturists earn more and pollute less.

They generate employment
It is estimated that horticulture can create one job for every 100 square metres cultivated. Furthermore these jobs will serve to give employment to disadvantaged groups or those at risk of exclusion.

Nonetheless, the United Nations also identifies some risks associated with urban allotments, such as:

Lack of regulation
It is common for domestic horticulturists to operate without a licence or supervision, since many countries do not recognise this activity in their agricultural or town planning policies.

Involuntary pollution
Urban agriculture can lead to noise and smells, as well as endangering human health and the environment if pesticides and organic fertilizers leach into water sources. 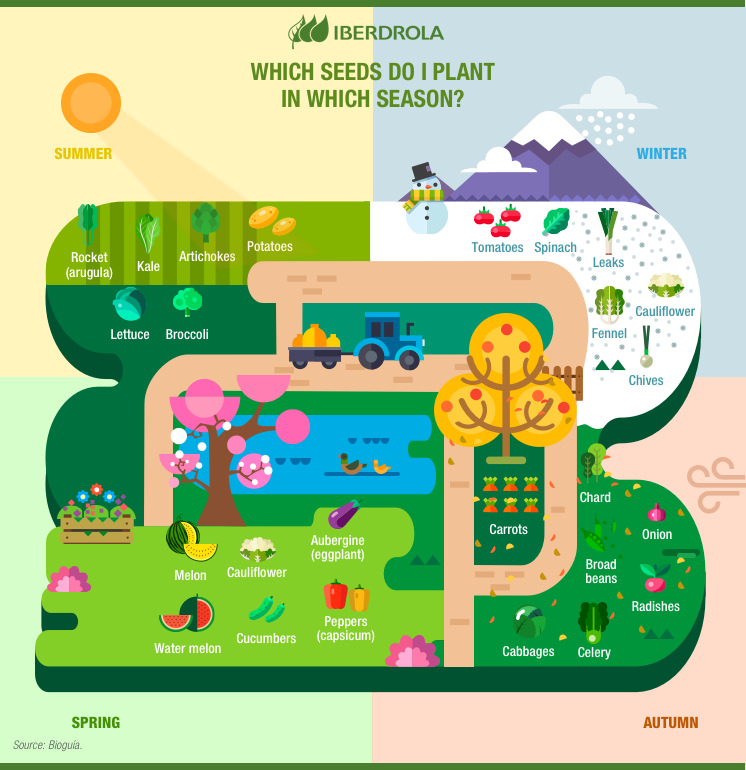 Which seeds do I plant in which season?

WHICH SEEDS DO I PLANT IN WHICH SEASON?

SEE INFOGRAPHIC: Which seeds do I plant in which season? [PDF]

Urban vegetable gardens as examples of city sustainability first came about in the 1960s, linked to environmentalism and the movements campaigning for a more natural, fairer and more caring world. Groups such as the US Green Guerrillas were pioneers in transforming domestic agriculture into a path to self-management, social inclusion and a thriving community life.

Since then, community gardens have become much more than vegetable plots. They have become spaces for leisure, relaxation, environmental education and for experiencing healing therapies in natural surroundings. Many citizens now habitually play an active part in private or community urban vegetable gardens, and municipal authorities even include them in their sustainable town planning.

TIPS FOR SETTING UP AN URBAN VEGETABLE GARDEN AT HOME

If you're thinking of growing your own food at home, follow these tips on how to set up a domestic urban vegetable garden:

Choose a corner that gets natural light for most of the day. If you don't have such a place, adapt your crops to the sunlight hours available and take advantage of the seasons with the most sunlight.

Choose pots or containers that will hold the greatest possible volume of soil. As well as the classic flower pots, there are many other interesting possibilities such as growing tables, wood planters, vertical gardens and fabric plant pots, which are very light.

Use light, porous organic soil that retains basic nutrients. An ideal option is a mixture: vermicompost (60%) with coconut fibre (40%).

If you're a beginner it's best to start with seedlings or small plants. Leave growing from seeds — organic if possible — for when you have more experience.

Adapt the means of watering to the size of your garden. By hand if it's small or by programmed drip irrigation if it's bigger.

Normal seeds are buried at a depth of 2 to 3 times their diameter. The smallest seeds are mixed with fine sand.

Transplanting is carried out when the new plant is taller than the container and several green leaves have appeared.