What is a green corridor? | Nature in the cities

Green corridors, how to take care of the environment in cities?

Cities are increasingly committed to sustainability, and urban green corridors play an important role in this process. Briefly, this refers to a strip with a significant presence of vegetation that links outstanding natural areas of the city. In addition, they bring numerous advantages: increasing and protecting biodiversity, mitigating the heat island effect, reducing air and noise pollution, etc. 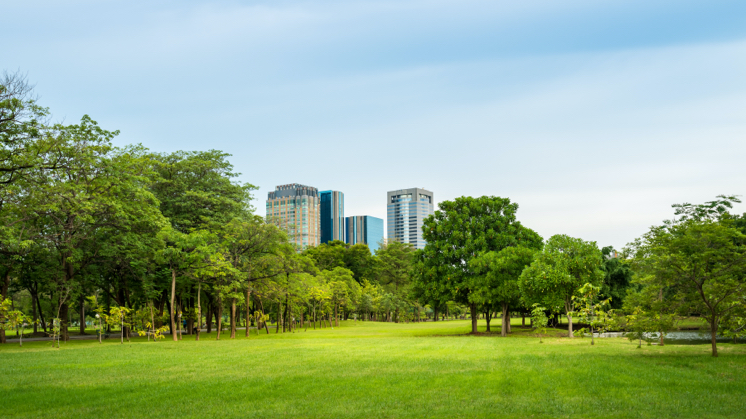 According to UN data, 55 % of the world's population now lives in cities. In three decades, by 2050, this percentage will be 68 %, that is, around 6.6 billion people will live in urban environments, many of them megacities, with a consequent increase in air pollution, one of the main causes of climate change.

Given such evidence, making cities increasingly more efficient, but also more liveable and sustainable, is key for the planet. It is no coincidence that the development sustainable cities is one of the Sustainable Development Goals promoted by the UN, specifically SDG 11. In this context, green corridors — also called ecological corridors —, along with other sustainable infrastructure, have much to contribute.

WHAT IS A GREEN CORRIDOR AND WHAT IS IT FOR

According to Jack Ahern, one of the pioneers of the international green corridor movement, they are planned or unplanned linear landscape elements that allow multiple ecological, social, cultural and other uses compatible with sustainable land use. Ahern's work raises the possibility that components of the natural landscape, such as natural watercourses or disused railway tracks, among others, could be transformed into corridors through restoration or construction processes.

Whatever the starting point, the objective of a green corridor is always to link important natural areas in a city by means of a strip or corridor characterised by rich vegetation. In this way, a kind of skeleton is created, capable of creating greener and healthier cities. Within this framework, recreational areas, cultural spaces, sports facilities and urban gardens can be developed.

CHARACTERISTICS OF A GREEN CORRIDOR

When developing a green corridor it is essential to take into account factors such as the availability of space, the characteristics of the urban environment itself and even accessibility for people. Although there are probably no two in the world alike, most of them have similar characteristics:

They are multipurpose and multifunctional, that is to say, environmental, sports, cultural, recreational, aesthetic, etc. uses can be combined in the same space.

They are oriented towards sustainable development, while both protecting biodiversity and promoting socio-economic aspects.

Given their linear configuration, they favour movement, flow and exchange, in addition to connecting landscape elements of different scales.

They represent a different spatial strategy, aligned with the New Urban Agenda proposed by the UN as long agoa as 2016. 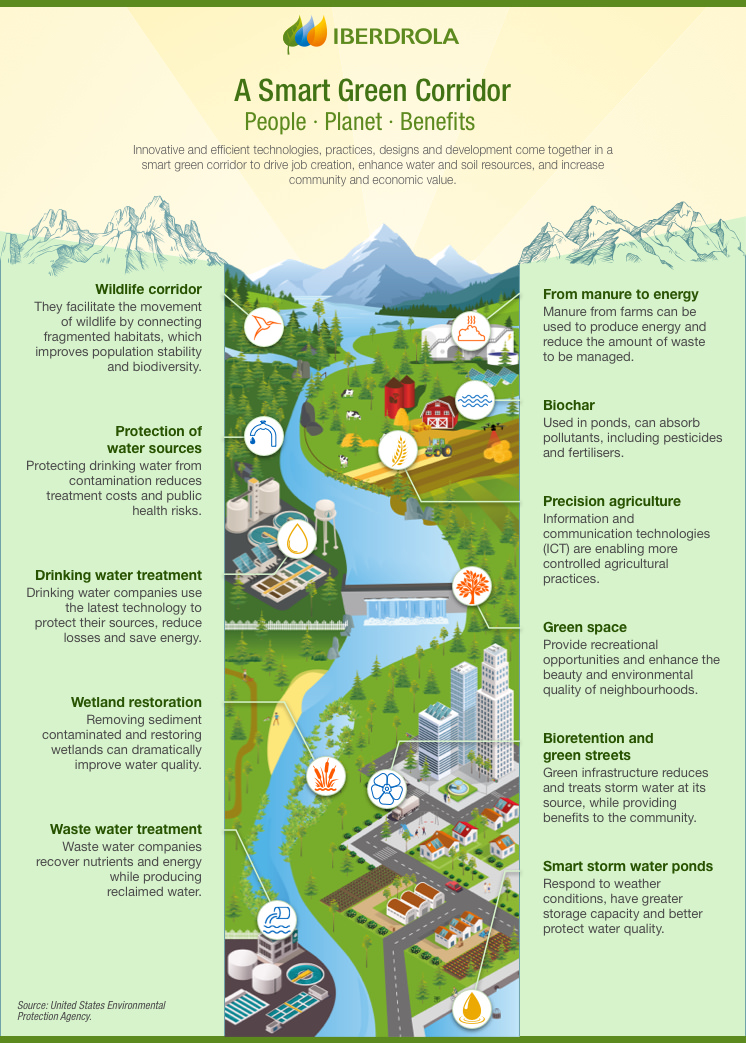 If we focus on the environment, their most important benefits include:

One of the most important aspects of green corridors is that, in addition to the environmental benefits already mentioned, they also generate social, cultural and economic benefits. For example: they improve people's quality of life by promoting physical activity and mental relaxation, they boost the cultural scene with open-air auditoriums or buildings dedicated to exhibitions and, in many cases, they are a tourist attraction that has a positive impact on the city's economy.

Below, we travel the world to visit some of the most innovative green corridors:

It is a 51.4-kilometre-long corridor around the island of Manhattan. Filled with flowers, trees, shrubs, walking paths and bicycle lanes, according to the city's mayor, Bill de Blasio, it has greatly improved the quality of life for New Yorkers. It currently has three distinct parts: Hudson River, East River and Harlem River.

This corridor combines practical and aesthetic aspects along 4.5 kilometres of a disused historic railway line. It occupies more than 17,000 m2 and contributes, according to city authorities, to promoting the essential balance between economic and social development, and between heritage preservation and transformational potential, in addition to promoting sustainability. 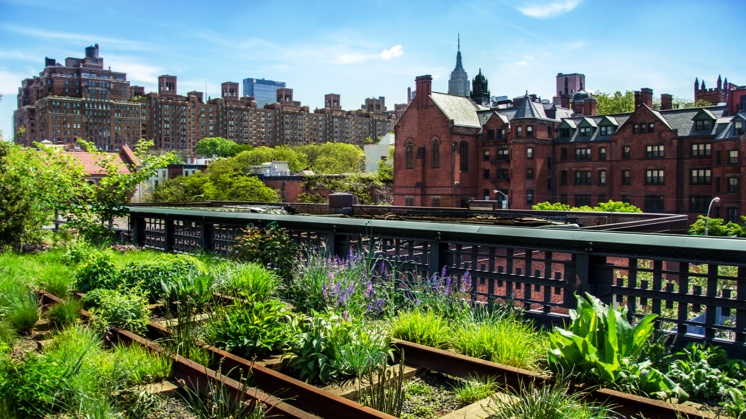 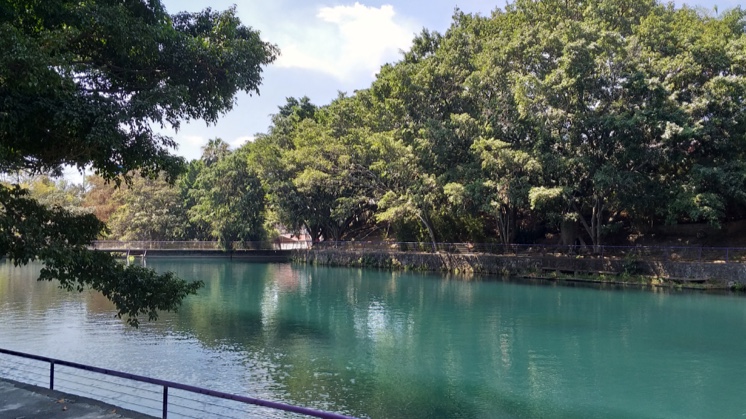 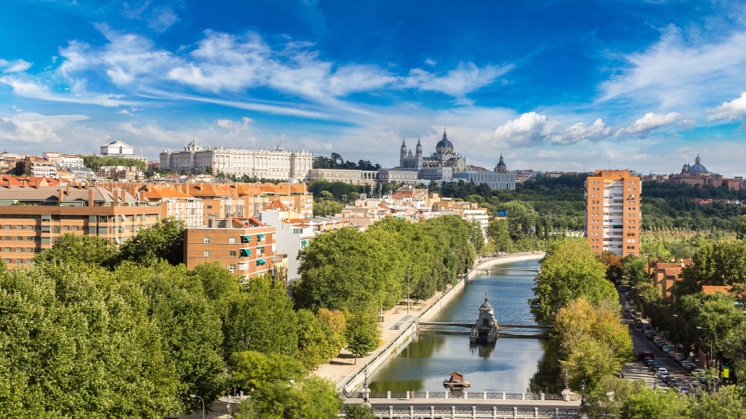 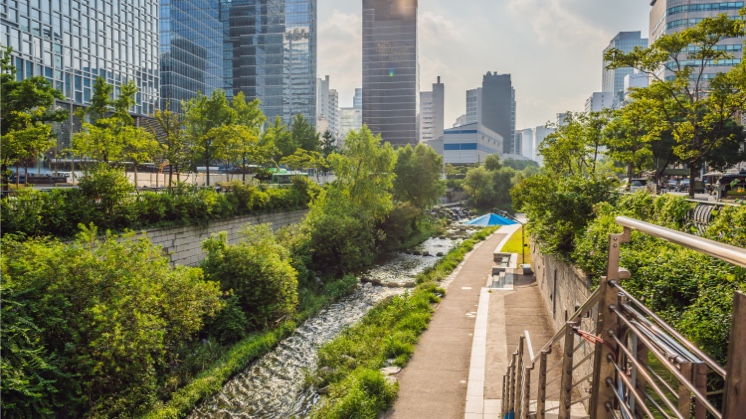 It is a long corridor as a result of the underground routing of the M-30 (ring road) as it passes through the area of the Manzanares River. It stretches for several kilometres, from El Pardo to Getafe, and by the end of its construction in 2011, 33,623 trees had been planted. In addition, it served to add a lung like the Casa de Campo to the city centre and improve the biodiversity of the area.

A motorway overpass above a water canal in one of the most central areas of the South Korean capital was demolished because of the enormous amount of emissions and noise it generated. In its place, a huge linear park covering more than 400 hectares was built, which, among other benefits, managed to lower the average temperature in the area by 3.6 ºC.