What is Digital Inclusion and how to carry it out?

Digital inclusion, key to a future with equality

The democratisation of Information and Communication Technologies (ICT), which facilitate access to thousands of information, work and leisure opportunities, is fundamental in today's society and their use must be independent of each person's condition. The objective of digital inclusion is to ensure that, for example, the elderly or those with less purchasing power or with motor, intellectual or audio-visual disabilities are not left out of a world that offers infinite possibilities. 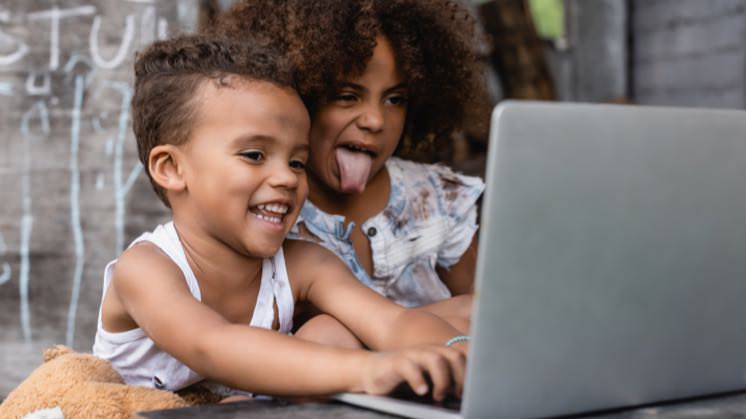 Digital inclusion seeks to ensure that all people contribute to and benefit from the digital economy and society.

The digital divide separates people who have access to the internet from those who do not. In the year 2000, 413 million people had internet access in the world. This number increased to 3.4 billion in 2016 and by the end of 2020 it was 4.66 billion. The evolution is palpable. However, 40 % of humanity still does not have access to the digital world.

This is where the concept of digital inclusion comes in; that is, efforts to enable more and more people on the other side of the divide to access the opportunities that the internet provides. For example online education and remote working, among others, which have become fundamental in guaranteeing health at a critical time such as during the COVID-19 pandemic.

WHAT IS DIGITAL INCLUSION AND WHAT ARE THE MAIN DIGITAL BARRIERS

According to the European Commission, digital inclusion is about enabling all people to contribute to and benefit from the digital economy and society. This means working on different aspects:

The digital divide does more than divide people who have access to the internet from those who do not. There are other obstacles that prevent sections of the population from becoming digital citizens:

The most vulnerable sectors of society are those that suffer most from the digital divide. Although there are variations between countries, women, the elderly, racial and ethnic minorities, people with disabilities rural populations and those of low socio-economic status tend to be most affected.

Tim Berners-Lee, known as the father of the World Wide Web, said that it was created for "everyone". Certain challenges must be overcome in order to make this digital inclusion a reality:

One of the barriers to inclusion is access for people with disabilities, for example, visual or hearing disabilities. Accessibility is about adapting devices and content to remove these barriers.

The cost of internet access is too high for many people on low incomes. In the European Union (EU), for example, there is the provision of universal access, which ensures that at least one provider in each country provides service at an affordable price.

Ensuring access to the internet is important, but if people do not have the right training and digital skills to take advantage of it, the gap remains. This is particularly important for older people.

The International Telecommunication Union (ITU) considers that relevant local content in certain minority languages and services useful to citizens are an essential part of digital inclusion. 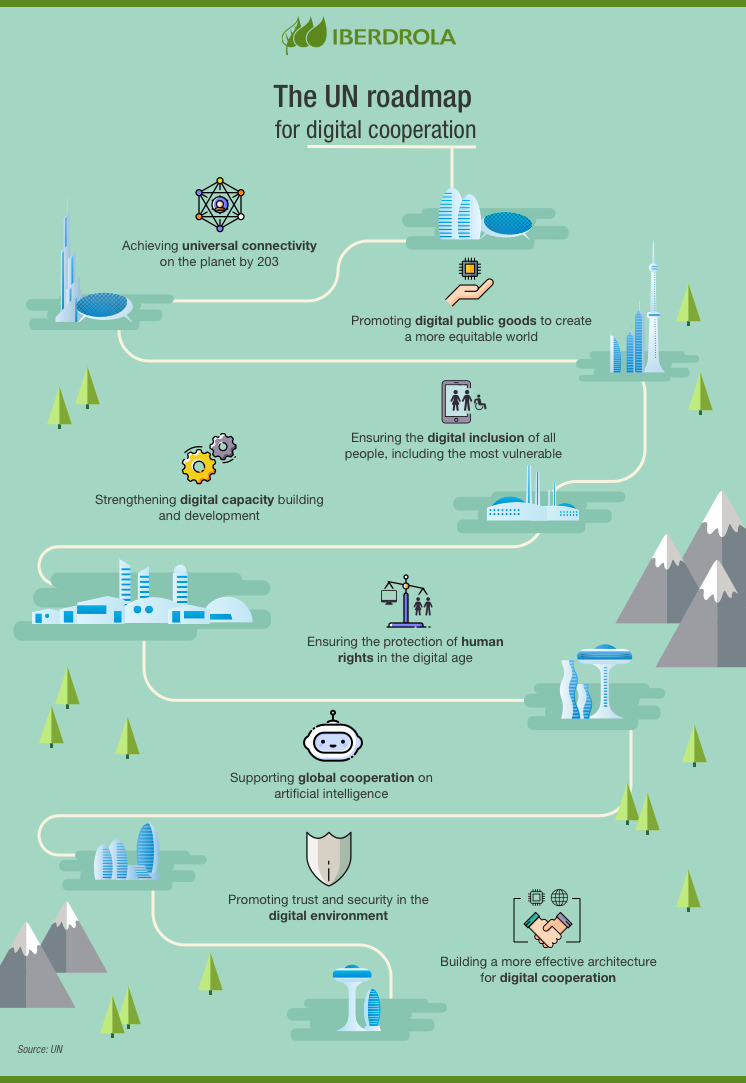 The UN roadmap for digital cooperation.

Access to the Internet and its associated services has a positive influence on the development of societies, from economic growth to empowering disadvantaged individuals and communities. Being a digital citizen in today's world has many advantages:

In a connected world, digital profiles such as programmers and data analysts are in high demand. Access to networking platforms also makes it easier to get a job or fund a project.

Internet access opens up a universe of possibilities for training, from nanogrades, mostly online courses focused on digital skills, to mobile learning, which enables people to learn from a smartphone, or access to educational video games, among others.

Cinema, series, music and other cultural and entertainment events are much more accessible thanks to the internet, something that has a positive influence from a social and educational point of view.

Better use of time

The use of digital services allows for better time management, resulting in increased productivity as many tasks can be performed remotely and with greater speed.

Access to digital media and shared content repositories, such as Wikipedia, contributes to better citizen education and enriches a country's social and political life.

Digital literacy provides greater knowledge of the internet environment and makes people less likely to fall victim to internet scams such as phishing.

INITIATIVES AND SOLUTIONS FOR DIGITAL INCLUSION

Several international organisations are working to reduce the digital divide and promote inclusion: