Desalination: the process of turning seawater into drinking water

Water is one of the most precious resources on the planet. According to the UN, its scarcity already affects more than 40 % of the world's population. A statistic that raises alarm bells and drives the search for solutions. One of these, and one that is not entirely new, is desalination, which consists of removing the minerals (mostly salt) from seawater through physical and chemical processes. The keys for the coming years are to increase the capacity of desalination plants while reducing their environmental impact. 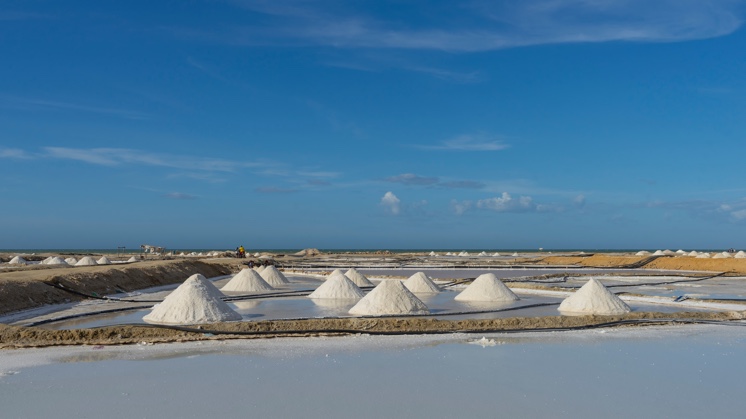 Seawater desalination will become a key process in those countries with higher water stress. 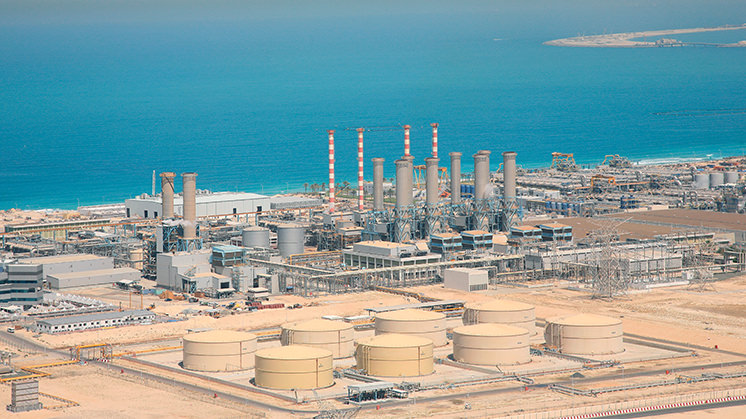 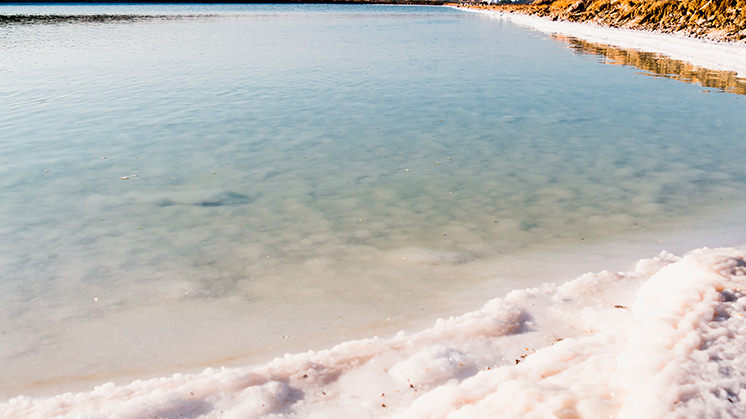 Desalination pool in a salt pans in Spain. 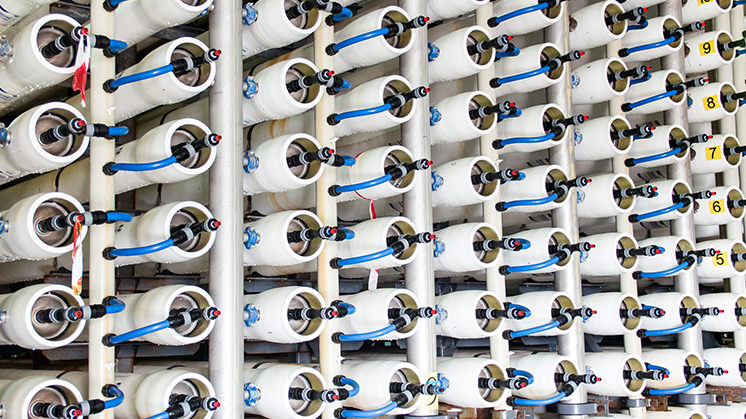 Water covers 70 % of our planet and it is easy to think that there is more than enough. However, fresh water is scarce around the world — it only makes up 3 % — and two thirds of this are not available, as it is in the form of ice or is inaccessible. Around 1.1 billion people around the world do not have access to fresh water and around 2.7 billion suffer scarcity at least one month a year. Paradoxically many areas affected by fresh water scarcity are very close to the sea and this is where desalination can help.

Desalination is the process by which the dissolved mineral salts in water are removed. Currently, this process, applied to seawater, is one of the most used to obtain fresh water for human consumption or agricultural purposes.

Desalination occurs naturally during the water cycle: The evaporation of seawater leaves salt behind and forms clouds that give rise to rain. Aristotle observed that evaporated and condensed seawater would turn into fresh water, and Da Vinci realised that it was easy to obtain using a still.

Over the following centuries seawater desalination was used particularly on boats and submarines to provide the crew with fresh water during long trips. However, this process was not available on a large scale until the industrial revolution and, especially, not until the development of desalination plants.

Globally, according to a study carried out by researchers from the Institute for Water, Environment and Health at the United Nations University (UNU-INWE) in 2019, there are approximately 16,000 desalination plants in operation — spread throughout 177 countries — and altogether they generate around 95 million m3/day of fresh water. The first country to adopt this process en masse was Australia, a very arid country where the so-called Millennium Drought, between 1997 and 2009, wreaked havoc. It has plants in the main cities that operate through reverse osmosis.

Saudi Arabia is the leading desalination country by volume, followed by the United Arab Emirates, both of which are desert countries and highly dependent on this process. Other countries in the Middle East, such as Kuwait and Qatar, have also opted for this technique. In the United States, third in this particular ranking, there are desalination micro-plants close to almost all the natural gas facilities to exploit the residual heat. Spain is fourth, thanks to the contribution of the Canary Islands and the Alicante and Murcia coast, where the old thermal power plants are being replaced by desalination plants. 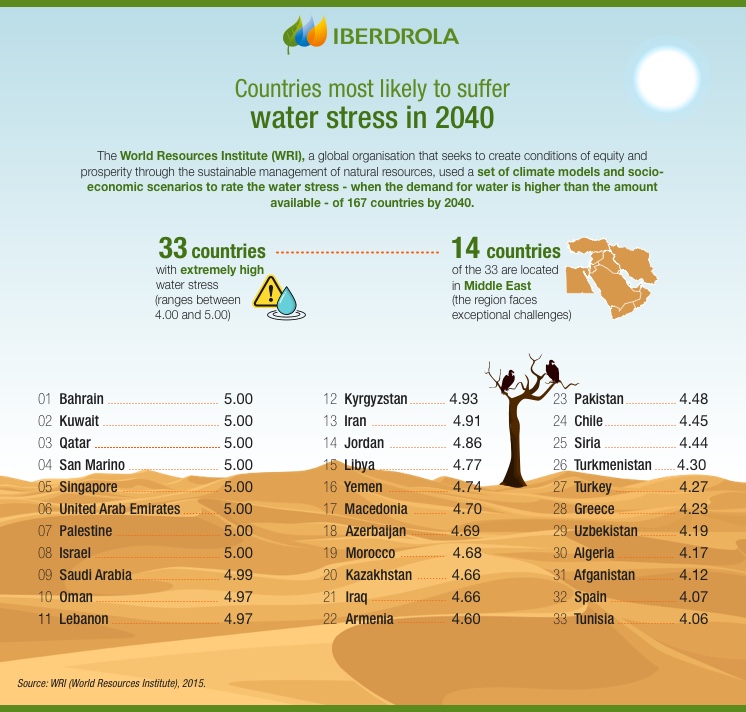 Countries most likely to suffer water stress in 2040.

Distillation, consisting of boiling seawater in a still, collecting steam and condensing it to obtain fresh water, is the most obvious method for removing salt, but not the most effective one since it consumes large amounts of energy. Below is a summary of the main desalination processes used currently:

It is the most used process and consumes less energy than the rest, as it is based on the use of semipermeable membranes that allow the water to pass, but not the salt. These membranes are made of ultra-thin polyamide, which can become contaminated with bacteria so the water must be treated.

Imitating the water cycle, it consists of evaporating seawater in large facilities with roofs where it is condensed and collected as fresh water. Although the energy used is the sun's heat, large areas of land are required.

It consists of moving the salt water through electrically charged membranes that trap the salt ions dissolved in the water, allowing fresh water to be extracted. There are diverse variants of electrodialysis, such as conventional and reverse.

It is a process that uses nanotube membranes with higher permeability than reverse osmosis ones, which allows more water to be processed in less space using less energy. These membranes are manufactured with sulfonated compounds which, in addition to salt, eliminate traces of pollutants.

Gas hydrates are solid crystals that are formed by combining water with a gas, such as propane, at high pressure and at low temperature. During the process, all the salts and impurities present in the water disappear and as the temperature increases the gas can be recovered leaving fresh water.

Desalination is a growing need as the world's fresh water supplies dwindle. According to the aforementioned UN study published by the journal Science of the Total Environment, combined with a responsible use of water resources, it may be key to solving water scarcity in the future despite certain disadvantages that should not be overlooked.

The water desalination process is not impact-free since the residue resulting from the process is brine, wastewater with a high concentration of salt and pollutants, which in many cases is discharged into the sea and affects ecosystems. Specifically, the study quantified the discharge of brine at 142 m3 per day. There is also a risk of seepage that can contaminate coastal aquifers.

Manzoor Qadir, co-author of the work, proposes "turning an environmental problem into an economic opportunity". Several opportunities are cited in the study: use the brine for aquaculture, to generate electricity or to recover the metals contained in it, such as magnesium, gypsum, calcium, potassium, chlorine or lithium.

In addition, many desalination processes require heating water, pressurising it, or both, entailing a high energy cost. The solution in each case is to use renewable energy, such as solar, to reduce the consumption of the desalination plants. Another possible sustainable desalination option is to use biotechnology, for example, by cultivating cyanobacteria that are capable of processing seawater, forming a low-salinity deposit around it.